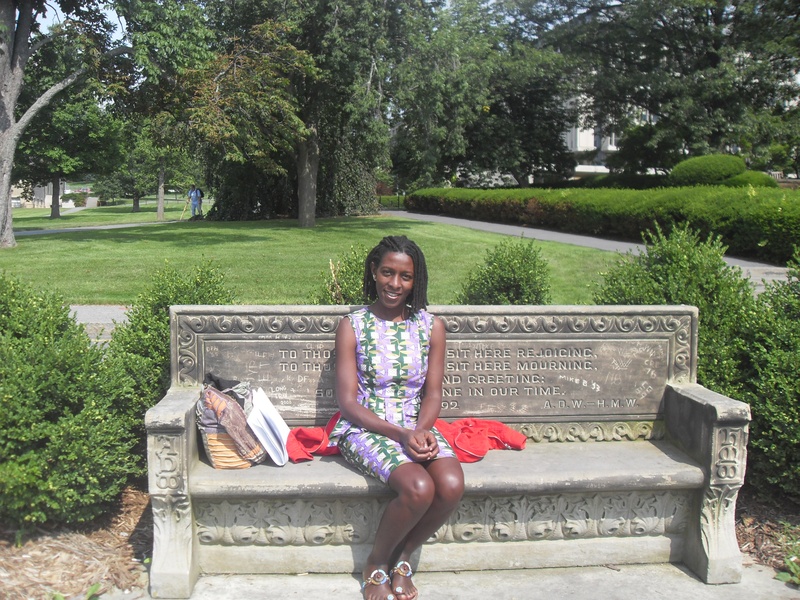 Mildred K Barya is a writer from Uganda. She has three poetry publications: Give Me Room to Move My Feet,2009, The Price of Memory After the Tsunami, 2006, and Men Love Chocolates But They Don’t Say, 2002. Her short stories are published in anthologies and journals such as Northeast Review, Per Contra, African Love Stories Anthology, Commonwealth Broadcasting Association, Dreams, Miracles & Jazz Anthology, and Words from A Granary: Uganda Women Writers Anthology, among others. In 2015 she edited a poetry anthology on Kampala City: Boda Boda Anthem and Other Poems. She has taught creative writing and literature at Alabama School of Fine Arts in Birmingham, Syracuse University (during her MFA studies), and currently University of Denver where she’s completing a PhD in Creative Writing. Beginning September 2015, she joined the editorial staff at New American Press and Mayday Magazine. She also serves on the board of African Writers Trust and blogs at:http://mildredbarya.com/

1. What for you is the strongest marker of your identity and how does this impact upon your writing?

The writing life. Everything else is secondary. Besides being a human to a certain DNA percentage, at least, being a writer as an identity has over the years enabled me to cultivate discipline towards the art and craft of writing in the basic sense that a writer writes. That attitude has become a practice, which means, I’m often in a state of writing in a literal or figurative manner.

2. What are the thematic concerns in your work?

Home. Belonging. Motion. Land. Space. Creativity. Fantasy. Imagination. What if… Courage. Memory. And Hearts. I’ve heard that in cremation the heart is the last thing to burn, to be consumed.

3. How has living, working and studying in many countries of the world impacted upon your writing?

It has taught me to be a good thief. I mean, I will steal any method or technique that makes my writing better. On the one hand, I have become aware of my voice, style, cultural and intellectual influences. On the other hand, I have discovered the art of borrowing from other cultures and literary traditions without shame.

My place in literature and the environment has also become central, so has setting or location. I’m very much interested in the Third Space that emerges when you find yourself existing in a new place that is not home, isn’t unhome either, and isn’t what it is for the others who live there. It’s almost a new creation really because you bring into it the home you’re dragging along or think you’ve left, and you also make of it the new home that it is. So you end up with a spatiotemporal liminal dwelling.

4. What have been some of your most rewarding and challenging things about being a writer?

When you read a paragraph or poem you’ve written and it feels just right.

When you read a paragraph or poem you’ve written a hundred times and it still needs fixing.

So much depends upon the process. What was a wheelbarrow for William Carlos William is a wheel for me in an ongoing process of revisions, rewriting, editing, and writing again.

Coming home, the liquid thrill of finding a box of your new publication on the door waiting to be let in.

Also, financial and other forms of recognition like fellowships, readings and residences.

5. Which authors have had a particular impact on your work?

They change from time to time. I’ll give you 15:

Jose Eduardo Agualusa, The Book of Chameleons. The most magical book.

Gabriel García Márquez’s magic and humor in his books.

Ray Bradbury’s I Sing the Body Electric—that inspired me to start writing.

A lot of Ancient Egypt books that won’t fit here.

Octavia Butler’s science fiction novels, the worlds she creates are terrifying and spellbinding.

John Irving’s A Prayer for Owen Meany—I cried a lot when I read this book.

6. In one hundred years' time, how would you like to be remembered?

There’s a story about a frog that wanted to climb the tallest rock wall. Other frogs before it had tried and failed. Whenever a frog expressed interest, all the other frogs would gather at the rock to witness who indeed could climb to the top. Some showed up to confirm their doubts, others expecting a miracle. When the climbing frog got sweaty and the surface slippery, those watching would shout, you can’t do it! Simply come down. One day, a frog succeeded. Everyone cheered. When it descended, the frog journalists were ready with cameras, notepads, questions: how did you do it? The frog put its fingers in its ears and removed the earplugs. It was that simple. It had not heard the discouragements the other frogs had croaked. Only its internal voice saying…

Now pass on the earplugs.