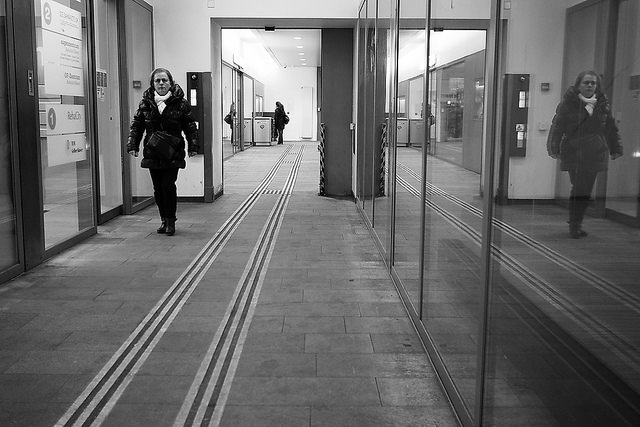 According to one theory, in each large city there lives only one person, around whom circulates a vast number of mirrors. The mirrors move about in such a way that he may find them in front of him with larger or smaller time intervals, some of them have not yet appeared in his line of sight, while others might never get there at all.
Most people think that all of that merely means there exist many people, and not just one person with mirrors. That said, there is some evidence which supports the first view:

Regardless of how thin or thick, smooth or broken, or rugged the mixture of those mirrors' glass is, it has never happened that one would see as he was observing them so completely alien a sight, that what he was seeing cannot be argued yet again to be his own reflection.

Kyriakos Chalkopoulos studied in England, in the University of Essex, and he has a degree in Philosophy. He works as a seminar organizer for the municipality of the city of Thessaloníki, in Greece. Seminars created include ancient and enlightenment philosophy, literature and computer 3d modeling.

Published in a number of periodicals and newspapers, he also has a collection of stories- titled Chrysalis- printed since October of 2015, from local literary publishers 'Anatypon'.