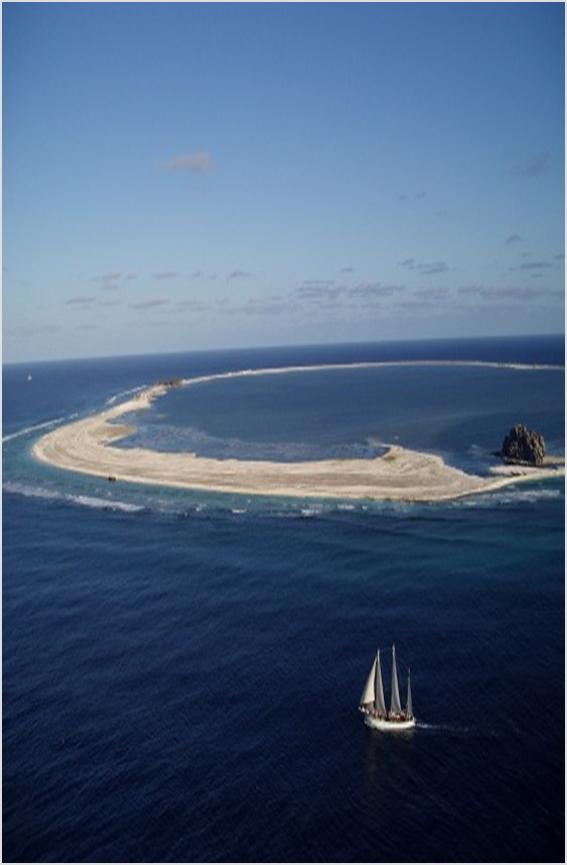 Clipperton is an island in the middle of the Pacific Ocean. It is also the focus of a new, international arts and science project, that will take 16 practitioners from both fields to this deserted atoll in March 2012.

The Ofi Press is delighted to officially announce that we will be co-producing the final book for the Clipperton Project over the coming two years.

Internationally acclaimed writer/producer Jon Bonfiglio will lead a unique team on an expedition to the forgotten island of Clipperton, 1250km off the coast of Mexico.  Jon has had poetry published with The Ofi Press and has also been instrumental in our latest Poetry Night held on May 27th.

The Clipperton Project is a bold venture; taking participants from 6 different countries, from various scientific and artistic disciplines to one of the most hostile places on earth; a place that has seen discovery, exploitation and tragedy, and has been left to poisonous crabs, seabirds and sharks for over 90 years.

Clipperton is an inhospitable paradise; lying directly in the path of dangerous weather systems and fiercely guarded by sharks. However, Clipperton is also a relatively unexplored “oceanic laboratory” (Jim Holm, The Clean Oceans Project) that may hold the answers to a variety of scientific questions, particularly how Climate Change is impacting upon marine ecosystems. Clipperton, like any other Pacific island, is predicted to disappear into the rising oceans due to man’s apathy towards his environment. It is essential that the knowledge present on the island is studied and used to raise awareness of environmental protection, before it is too late.

The merging of the arts and sciences is an important and distinct element of the project, as the collaborative nature of the journey and encampment on the island is intended to push the traditional boundaries of these practices, in order to excite new and broader audiences across the world and expand each participants’ practice. As such, this project heralds a new era in exploration, one that challenges how we perceive the presentation of information and implores us to consider the multi-faceted nature of today’s most threatening social issues. The Ofi Press is truly proud to be part of this process.

In order to achieve their impressive objectives, upon their return, the participants will produce work based on the history of the atoll (specifically Mexico´s ill-fated colony of 1917) and its ecological, geological and human history in order to paint a cross-cultural portrayal of this unique island in the middle of the Pacific, displaying its work at some of the most important forums in various countries between 2011 and 2014, including the Institute of the Americas (London, England), Glasgow Sculpture Studios (Glasgow, Scotland) and Universum (Mexico City, Mexico), amongst many others around the world. The project will also be presenting a documentary film about the expedition and publishing a book about the project, written by Jon Bonfiglio and co-produced by us at The Ofi Press.

This remarkable journey is charted on their website and facebook page so you too can share their excitement about Clipperton, the 2km wide strip of sand that has an unusual story to tell. As the diverse team disseminate their various findings, what we can safely assume is that The Clipperton Project will ensure that their messages, and this fascinating island, will never be forgotten again.