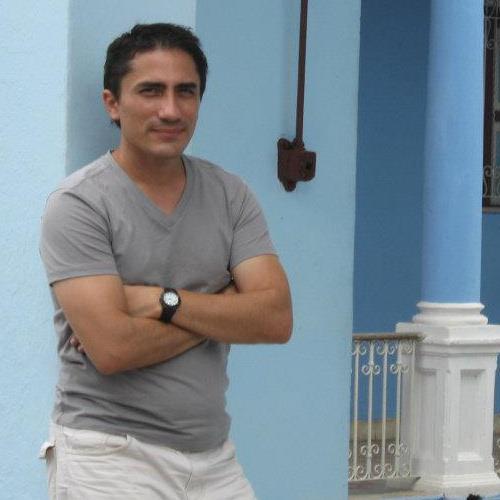 Fer de la Cruz, MA is a Yucatecan poet casually born in Monterrey, México, in 1971. He is a member of the founding faculty at the School of Creative Writing of the State Center of Fine Arts, in Mérida. He is also the coordinator of the historic Mérida branch of Centro de Idiomas del Sureste, where he was a teacher for 20 years. As an independent editor, writer, and cultural consultant ad honorem he participated in cultural festivals, conferences and book fairs in France, Cuba, and the United States, as well as in various states of México. His poetic works appeared in Seven Songs of Silent Singing Fireflies (chapbook, JK Publishing, 2008), Redentora la voz (book, Ayuntamiento de Mérida, 2010), and Aliteletras. De la A a la que quieras (book for children, Dante, 2011), as well as in literary magazines and anthologies. He has received 2 national, 2 regional, and 1 state-wide poetry awards. His main passions are poetry (which he often finds in theatre, music, film…), language teaching made fun, and the constant discovery of the flavors, shapes, and depths of human life. His full name is Luis Fernando de la Cruz Herrera, but don´t tell anyone. delacrux@hotmail.com

Interview carried out by email by Jack Little in October 2012. Published in Issue 23.

1. As a translator yourself, do you see translation a process of renewal, or creation or something different entirely?

I see the translation of a poem as a creation of a whole new poem that mimics the effects of the original, by merging it into the plasticity of what happens to be my mother language, Spanish, quite a difficult one to work with in terms of having only five vowels, rough-sounding connectors, extra heavy gerunds and so on. I prefer not to use the term “translation”. I would rather sign: “Spanish version by Fer de la Cruz.”

2. Is your poetry fiction or non-fiction?

Well, it depends of the book. I´m originally trained as a language poet and, although I still am sometimes, over the years I embraced the conversational, narrative form. A lot of my production, even my most cryptic language poetry, is autobiographical in one way or another, if that´s what you mean, “but not confessional”, as Amos Oz would add.

3. Please tell us about the poetry scene in Yucatan. Who should we look out for?

4. What role does identity play in your poetry?

I fully identify with post-humanistic, post-modern, post-structuralist characters such as Babe the pig, chef Gusteau in Ratatouie, Jake Sully in Avatar, and the puzzled Rick Deckard of the final scene of Blade Runner. I think this identity seeps through every single line in my poems.

5. When you write, would you describe this as a “natural process”?

Nope. Writing is a cultural, learned, artificial act, invented as an effective antidote against oblivion. I make it seem natural to me, I give you that.

6. How did your experiences of living in the USA impact upon your writing?

Tremendously. Not only that: having visited Cuba´s book fairs in the early formative period of my literary education, made me realize that there were other ways of writing than the one I was being taught in local workshops. Then, taking part in two open-mic poetry readings, in Florida and in Ohio, being exposed to even more forms that were new to me... the impact was drastic. I must add: my very first workshop was with the wonderful maestra Mercedes Roffé in Vassar College, 1995. My training as a language poet was a few years later in Merida´s local workshops.

7. Poetry and writing brought you and I together for this interview. What does “connection” mean to you?

I was honored to find Mercedes Roffé through facebook a couple of years ago. I then realized we had a whole bunch of mutual contacts, some of whose books I´ve read and related to. Indeed, I too had the honor of meeting you through poetry and writing and you connected me with African poets with who´s lines I could totally relate from here. Connection means that, in the same way, other people, immediate or remote, may relate to what I have to say—to what I have to mock in my satires—which might make them smile or even laugh when they see themselves absorbed in a different, yet familiar aspect of their own humanity—or post-humanity.

8. What does the future hold for Fernando de la Cruz?

The future holds more democracy and less violence in Mexico, paying checks that come on time from public offices and schools, an end of the wait for the two books of mine that the State Secretary of Arts and Culture is obliged to publish since last year, and so much more... As we say, soñar no cuesta nada.

Now I Believe in Destiny

The comets come and go at your command
but never kiss the Earth,
save to burn the forests,
kill species…

You pull the lines,
juggle the stars,
you cause their light to tremble
as human eyes.

You make my path
cross hers,
you let me taste her lips
and take her
hands that made the universe
feel right
if only a moment
bound to ash.

I almost hear you laugh,
—oh Destiny, you must think it´s hilarious—
I have something to tell you
from the bottom of my heart half empty,
still leaking,
for all that has been written
in your book of paradoxes,
for Job´s sake,
for all who sacrifice,
for the Stoics, their stories,
for the fireworks and drums playing in the clouds,
for your celestial smirk
as you hold all the keys of heaven,
for all the joy and love destined,
always, to someone else: