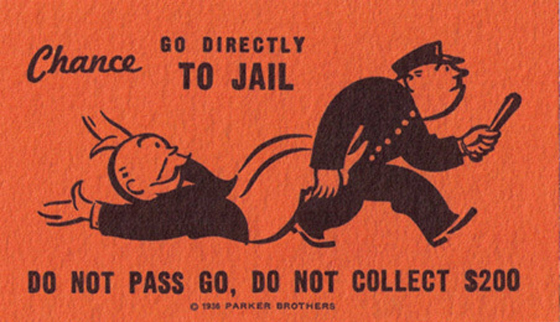 What makes a man in debt? Bunt had come to think of it on an uncharacteristically philosophic level. You were born alright, debtless, blameless. Then you borrowed thirteen grand to go to uni and dossed around for a couple of years afterwards. Your degree’s worthless so you get an entry-level service job and a mortgage and a couple of credit cards on the strength of that. Suddenly you can’t make the minimum payments.   The contract ends and there’s still fifteen years of the mortgage to pay. You try to borrow but no bank will lend to you because your credit rating is fucked. It’s time for desperate measures. Bankruptcy. Loan sharks. Crime. And at some point at the end of the whole mess someone like Bunt will come in and wipe the blood off the walls and take his cut and that will be it.

This morning he was looking for a woman named Sri Qurieshi. Ms Qureishi owed two grand on a credit card. Bunt had bought this debt from the Yorkshire Bank and over the last few weeks had tracked her down to an apartment building in Alexandra Park. He pushed the button for number six, which Qureishi’s ex had told them (eventually) was the woman’s flat number.

The two men stood and waited.

‘What now, boss?’ This was Uday. Uday was not the ideas man.

Bunt pushed the reception buzzer. ‘Someone’ll open up soon, we’ll go in and storm the place.’

Then the intercom spattered into light. A youngish woman – you couldn’t tell her ethnicity on this monochrome screen. She had a guarded expression but that was par for the course in Alexandra Park. People round here did not appreciate strangers at the door.

Bunt stood nearest the screen, as was his habit: with his suit and open face he was less intimidating than his chief assistant. ‘Hi, I’m looking for a Sri Qureishi. Is she around?’

‘Could I ask who’s calling?’

Bunt improvised. ‘Erm, you dropped your work ID. I found it by my car.’

‘Great. Could I see it? Hold it up to the screen.’

He had no idea what to say. ‘Er – data protection reasons.’

‘Yeah. Let’s look around the back, see if there’s another entrance.’

They walked around to the yard where the car was parked – not his Saab but the less conspicuous Astra. Bunt saw a couple of service doors, the alarmed kind you could only open from the inside. There was also a fire escape.

‘Could climb up that,’ Uday suggested. Uday wasn’t his real name. He was a Sunni Arab who had fled Iraq in 2003. Once in Britain he had began calling himself after fellow Ba’athist Uday Hussein. Like many of Bunt’s assistants, he was from an enforcement background, having been hired by the UK Border Agency on an ethnic minority quota. He had lost that position four years later after an incident at Campsfield in which Uday had thrown a Persian migrant down several flights of stairs and then forgotten to exchange the CCTV tapes. Bunt met him not long after.

Now the big man was clanging his way up the fire escape. Bunt was about to call him back – he didn’t much like heights – when he saw a figure descending, far up. His mind blazed with the conclusion that this must be Qureishi – she had seen them coming and decided to slip out the back.

He pounded after his deputy up the stairs. The clatter of desperate footsteps above him. The thrill of the chase wore off after a couple of flights, and so did Bunt’s energy reserves; his only exercise consisted of toting a bucket of Pings round Heaton Golf once a week. When he caught up with Uday, palms on knees, the Iraqi was piling through a fire door, a tangle of black hair whipping in front of him. Bunt heard a door slam and shouts in the corridor.

He just about jogged down the hall. He saw the woman as a distinct figure now. She took a turn into a door and hurled it shut from the inside. Uday screamed. The rage in his voice scared Bunt a little.

His deputy kicked back the door and Bunt followed him. The room wasn’t full of the religious garb he sometimes saw in the households of Asian families, but it had that thick, lived-in smell of poor homes. Place was messy, a few books lying around. The main possessions would be in the shoulderbag. Sri Qureishi held it to her chest.

‘Who the fuck are you?’ Her eyes made Bunt think of an animal backed into a corner.

‘That bitch shut my arm in the door,’ Uday protested.

‘Yeah, okay. Miss Qureishi, we need to talk about –‘

But she wasn’t listening to him, if she ever had been. Her eyes widened at something behind him.

Two more Asian men appeared in the room. ‘Come on, Sri. You need to come home.’

‘Who are you boys?’ That was Uday.

One of the newcomers spoke. He had a beard and wore a baseball cap. ‘Sri’s our sister. She went on the run and our dad sent us to get her back.’

Sri made a run for the door. The bearded Asian got her round the waist and threw her to the floor. Then he stood over her. Out of Bunt’s field of vision. He heard slaps and shouts.

‘Got all fucking Westernised!’ The other man spat on the carpet. He didn’t have a beard, which was good; Bunt had a hell of a time telling Asians apart. ‘Hanging around with white lads, throwing away the chador! Thinks Uncle Talat in Lahore ain’t good enough for her!’

‘Your Uncle Talat don’t mean nothing to me,’ Uday said. ‘This girl’s our business, you boys can fuck off home.’

The beardless Asian appealed. ‘Come on, brother. The honour of our family –‘

He saw Sri leveling blows at the bearded Pakistani’s face, Uday about to kick off with this other Asian. Things were getting out of hand. Bunt had to raise his voice over the sound of struggle. ‘Look, we’re here to collect a debt. This arranged marriage thing’s going to have to wait until we get our money.’

‘What’s your commission on this, mate?’

‘Yeah? We’ve come from Beeston, our dad gave us a big stash to find her. I’ll give you five hundred if you let us take her now.’ He opened his own rucksack.

That was what he liked about Asians – their head for business. Bunt folded the baggie into his jacket. The bank would just have to take its knocks on this occasion. ‘Fair enough. You want a hand taking her down?’

‘That’d be great. She’s a fucking nightmare when she’s like this.’ He shrugged: women.

In the event Sri was barely conscious by this time. The Pakistanis had a blanket and they flung it over her head and took her back down the fire escape. Bunt worried that someone might see them, that the blood might get on his Autograph suit, but neither occurred.

Back in the yard, the Asians shoved their writhing sister into the boot of their Nissan. They shook hands and the car tore off back to Leeds. Bunt counted Uday out half the money. All in all, the job had worked out. Maybe this multiculturalism thing wasn’t such a bad idea after all.

Max Dunbar was born in 1981 and lives in Manchester, UK. He is currently working on a novel, and also writes short stories and articles on politics and religion. He is the Manchester regional editor for Succour magazine, a journal of new fiction and poetry.