A shriek of pain echoes through the poetry of Emily Dickinson. However, it often changes from one perspective to another; when defined, it transmutes into something ineffable. Pain is a recurrent element in Emily Dickinson’s poetry; nevertheless, it acquires different shades and meanings depending not only on the poem, but also changes within each specific piece.

These changes, which often seem contradictory, create paradoxical concepts that enhance Dickinson’s poetry with profound ideas that are not always easy to find or interpret. In order to understand this idea of pain as a changing element in Dickinson’s work, an analysis of her poems 341 (“After great pain…”) and 650 (“Pain – has an Element of Blank”) should suffice, despite the limitations of this as an investigation into the transmutation of the concept in question.

Pain was a constant in Emily Dickinson’s life. “Of pain she knew much, but there was nothing morbid about her existence” (Connors 625). Though pain is an intermittent element in her poetry, it is rarely analyzed objectively as a concept, but rather as a lyrical style, and moreover, in a personal way (Connors 626), which could be connected to the way she bore the pain of her own life.

In her correspondence one can find numerous examples of descriptions of pain, or different connections it had with her life. As this is a literary analysis, and not a historical one, two samples should suffice in understanding this:

In this case, we can see how pain interferes with her life and everyday activities; denying her, disallowing her own existence. Just like a “mere” headache becomes a funeral in her poem 280 (“I felt a Funeral, in my Brain”), her pain transcends her body nullifying her being. Another example can be found in a letter to Mr. Bowles dated August, 1862, in which Dickinson states:

Dickinson’s notion of pain as something easier to contemplate from a distance, rather than to prevent it or see it coming, infiltrates itself in her poetry, often providing it with the lyricism mentioned above.

In her poem 341, Emily Dickinson explores different aspects of pain and the deep impressions it leaves on someone during its aftermath. The introductory lines of the first stanza give a ceremonial-like sensation of pain: “After great pain, a formal feeling comes –/ The Nerves sit ceremonious, like Tombs” (162). Pain recoils even after occurring, something else arrives (“a formal feeling”) that seems inevitable.

The feeling that follows pain is perhaps more potent than pain itself. It has the power to render the parts of the narrative voice’s body both alive and in pain: “The Nerves sit ceremonious, like Tombs” (line 2); the Heart stiffens itself, while questioning how it has bore the pain (line 3); and “The Feet, mechanical, go round” (line 5). The anatomical structure is torn apart by pain, and once dismembered every part of the remains agonizes in torpor.

This feeling is a process in constant expansion—“Regardless grown” (line 8); however, as transient as it is, at the same time the pain is solid and impenetrable: “A Quartz contentment, like a stone –” (line 9). That moment “is the Hour of Lead” (line 10), a strong, cold and metallic instant, creating an imprisoning sensation. Subsequently, Dickinson gives a bold and unconditional statement: this is “Remembered, [only] if outlived” (line 11). Therefore, the chance to stay in that condition is latent; it is hiding within one’s self.

Pain becomes a snowball, at the end of poem creating a beautiful metaphor of how it functions: “As Freezing persons, recollect the Snow –/ First – Chill – then Stupor – then the letting go –” (lines 12-13). At first, the stinging cause of the pain is not so acute, but, when held for too long, it becomes unbearable and has to be liberated.

These different elements in Dickinson’s poem 341 articulate an integral perspective of pain and its residual feelings of mental and physical pain. Furthermore, an oxymoron of sorts can be found in the poet’s words: pain changes and at the same time is inflexible; moreover, there is a warning of how it can be not outlived, combined with the notion of the snowball that can be let go. At the beginning of the poem there is an idea rather unexplored: “The stiff Heart questions was it He, that bore,/ And Yesterday, or Centuries before?” (lines 3-4). Dickinson insinuates an eternal element of pain, which is bore by the heart, an idea further developed by her poem 650.

“Pain – has an Element of Blank –” (Dickinson 323) are words that come from the knowledge of experience. Dickinson knew what pain was, she lived it: a systematic flaying of her soul. This approach empowers the concept of pain, while keeping a flavor of ineffability, since it is something unqualified, whilst paradoxically qualifying a feeling.

For Dickinson, pain is perennial: “It cannot recollect/When it begun – or if there were/ A time when it was not” (lines 2-4), thus permeating one’s life. In this poem, pain is a God-like figure; even resembling the Christian God, since:

It has no Future – but itself –

Its Past – enlightened to perceive

Pain is contained by pain itself. It is so powerful that it can only be explained by itself, and by the paradox created in Dickinson’s lines. Past, future and present are amalgamated in one mighty concept—even an almost Almighty concept in Dickinsonian terms; Pain creates pain and allows a person to be able to perceive more pain in the future.

Like M. C. Escher’s Drawing Hands (Figure 1), in which one hand paradoxically gives life to the other, in Dickinson’s poem 650, the future of pain is contained by its past and vice versa; there cannot be a distinction between the foundation of this pain, its setting or its ending, since those three moments loop creating one and another in apparent infinite contradiction. 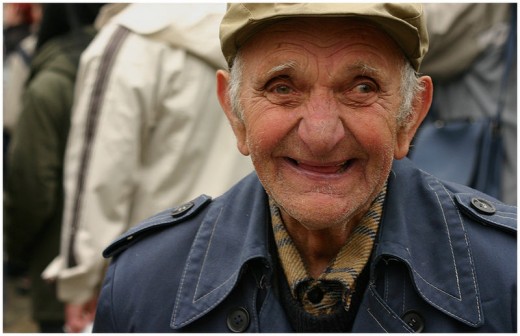 It would be an understatement to argue that Pain is an important concept in Emily Dickinson’s poetry, and for that matter, in her life. Pain acquires different shades, tones, and colors throughout her work. Though impossible to fully comprehend with two single examples, it gives a glimpse of how significant pain can be and how it can transmute into a myriad of shadows, for Dickinson, for the reader, for the world.