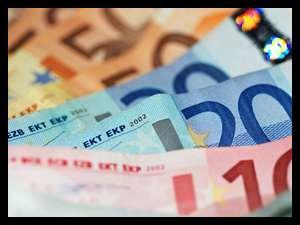 The 2008/09 global financial crisis, which had its origins in the financial industry in the United States, plunged all economies of the EU-27 member states into recession. Many have still not yet fully recovered from the downturn. The exception was Poland, one of the relatively new member states in Central and Eastern Europe, who had joined the EU in 2004 and is still waiting to join the eurozone. Poland maintained positive growth figures throughout the crisis and, like most of the other CEE countries, was less affected by the global turbulence in the stock markets than their Western counterparts.

It is almost ironic that it was existing members of the eurozone like Greece and Ireland who plunged the eurozone into crisis. Their structural weaknesses were ignored for many years. At the same time, after the end of the Cold War, politicians and economists had considered the accession of the former communist countries in Central and Eastern Europe as a major threat to the stability of the eurozone. The CEE countries were therefore confronted with the unequivocal demand to work towards fulfilling the stability and growth pact criteria before they would be allowed to join the exclusive club of the single currency members. This was in spite of the fact that by 2002 the two leading eurozone countries France and Germany started to repeatedly break the stability and growth pact criteria, which limit the total level of annual borrowing to three per cent and the total level of public debt to sixty per cent of a country's GDP. Neither of them nor any other eurozone country that did not keep within the budgetary limits faced any sanctions.

It was Germany that had originally insisted on the introduction of the S&G pact, following the decision at the Maastricht summit in 1992 to gradually move towards economic and monetary union by 1999. The stability and growth pact was consequently essentially a German design, modelled along the monetary stability policy of the German central bank. It failed to remedy the major flaw of the single currency, which lies in the failure to combine the monitoring of national budgets with at least a close coordination of national economic policies. This was aggravated by the failure to implement sanctions for those member states who fail to keep their spending under control and to abide by the S&G criteria. What the EU labelled as economic and monetary union is in practice simply a currency union with interest rates being determined centrally by the European Central Bank in Frankfurt. It is therefore far away from being an optimum currency area with fully integrated fiscal and economic policies.

Since the emergence of the global financial crisis in 2008 the eurozone has been dominated by frantic attempts to recapitalise the ailing economies of Ireland, Greece and most recently Portugal. In 2010 eurozone countries created the European Financial Stability Facility (EFSF) which is able to offer loans to countries with severe budgetary problems, on the condition that they implement a program of fiscal consolidation by cutting public expenditure. The EFSF currently has a total lending capacity of €440 billion, based on member states contributions with Germany and France as the biggest contributors.  The EFSF has recently granted Ireland a loan of €3.6 billion and a total of €5.9 billion to Portugal on the basis of interest rates of between five and six per cent. Greece already received a combined EU/IMF loan of €110bn, which is available to be dispersed over the period of 2010-2013. Greece has recently been granted better loan conditions (lower interest rate and an extension to the repayment deadline). The Greek government nevertheless continues to struggle to balance its budget, in spite of the implementation of severe budget cuts. Due to the continuing doubts about Greece's fiscal position and increasing crisis symptoms in the budgets of Italy and Spain, eurozone members are facing calls from the European Commission to increase the lending capacity of the EFSF further. This has turned out to be controversial and faces increasing opposition particularly from Germany, which pays the largest share into the EFSF. The German government is coming under increasing domestic pressure to justify the loan packages for the weakest economies in the eurozone. Chancellor Angela Merkel is therefore now pushing towards the introduction of an economic governance council as a new mechanism to achieve greater coordination of national economic policies. Merkel and French president Sarkozy are also calling for the introduction of a balanced budget fiscal rule into the national constitutions of all eurozone countries, which would force national governments to present balanced budgets at all times.

It seems unlikely that Merkel and Sarkozy will manage to convince all eurozone members to implement these proposals. Governments in the EU continue to jealously safeguard the sovereignty over national policy decisions. This general attitude has not even substantially shifted under the conditions of the economic crisis. However, if eurozone governments fail to coordinate their budgetary and economic policies effectively it is likely that further countries will slide into crisis. This would in the long run severely undermine the stability of the euro and weaken its position on the global financial markets. At present the most likely scenario seems to be a eurozone of two speeds, with some countries deciding to harmonise their economic and fiscal policies and others remaining on the sideline or even leaving the eurozone. The latter scenario might inevitable if things indeed continue to worsen and a consensus on a new form of governance does not emerge within the eurozone. While it is a present unlikely that new members will be admitted in the near future, the forced withdrawal of weaker current members like Greece, Ireland, Portugal, Spain or Italy from the eurozone would turn it into an exclusive club of mainly Northern European countries. In any case, even the partial breakup of the eurozone would have unforeseeable consequences for the coherence of the EU as a global economic force and consequently for the future of the European project. The return to national currencies in some (or even all countries) would almost certainly push the deeply interdependent European economies into another deep and possibly prolonged recession with a further increase in unemployment and a substantial fall in living standards. EU leaders therefore know that there is more at stake than the future of the common currency when they contemplate the next steps ahead.

Christian was born in Germany and educated in Germany and the UK. He holds a German MA in Politics, Sociology and English from the University of Regensburg and a PhD in Politics from the University of Derby, where he had worked as a Graduate Teaching Assistant from 2000 until 2004. Before joining Durham University as a lecturer in the School of Government and International Affairs in 2006 Christian had worked as a Research Fellow in the Employment Research Centre at Trinity College Dublin in the Republic of Ireland.