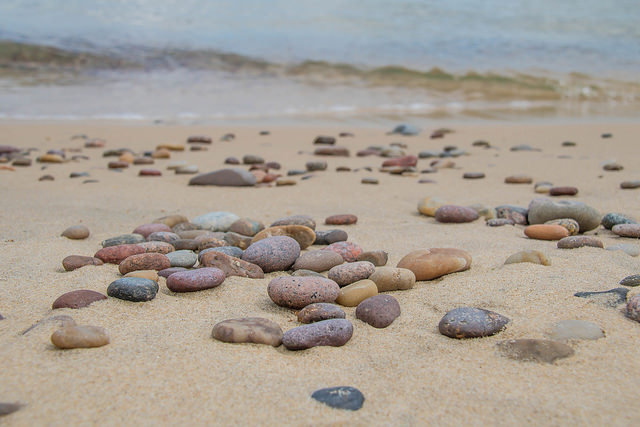 “Write this down and read it ten times a day. Men are stones, all of them, and there’s no exception to this rule,” she says. “It’s up to you if you’ll have him, a large millstone tied around your neck, so the only thing you can do is jump in the river and drown. Or you can chuck him into the mud and step on him, so your shoes won’t get any dirt on them.”

She is a middle-aged woman, and her fame has spread far and wide in Struma Valley, Bulgaria. If business is bad, or you are unlucky in love, sick at heart or fed up to the back teeth with life in general, you ask her advice. She charges you ten Levs.

“How come he’s not a bad man? He’s a rotten man,” the woman thunders. “Walk out on him without delay. Guys are a dime a dozen, believe me, and each one of them is after your scalp. He skins you and goes and boasts to his buddies you’ve cried your heart out for him. He’s not a bad guy, eh! Then why are you talking to me? Why did you shell out ten Levs for?”

“Listen to me now. I’ll tell you a story and I hope you’ll understand once and for all there’re no good-natured guys under the sun. They are rubble. If you’re clever you’ll throw your husband under the bus, or even better, you’ll hurl him at another bloke’s head. Listen now and don’t interrupt me, girl.”

She speaks softly as I am not there.

“I was blazing like a torch, head over heels in love with a young guy, a petty trader that sold brandy in the town of Pernik. One day he came to my orchard and studied my plum trees, but I doubted he saw anything in particular. He wasn’t paying attention to the fruit - you can take my word for it - he gave me the eye instead.

“Go spin yarns somewhere else,” I spoke very openly to him. “We’ve got many mirrors in our house.”

“But you are! Why don’t you believe me?”

“What do you want?” I asked mincing no words. I knew what he was after. I possessed a whole slope, every square yard of it, planted with plum trees.  You see, I was a wily thing and I still am. It’s true I have freckles across my cheeks, but this doesn’t mean I am unable to do my job standing on my head.

I bought a long hill, then another one, so I held all plum trees in the district in my hands. The plums are a woman’s best friend; you should not forget that, my dear girl. Plums are brandy in the future tense.

“You are very intelligent,” the petty trader said.

“I am,” I agreed. “If you’re here to buy my plums, let’s speak business. I don’t have time for anything else.”

“How much are you ready to pay per kilo?”

“I’ll let you drink a glass of my plum brandy first,” I said. “Just one glass and it’s on me. Then you’ll tell me how much you’re willing to pay.”

“Okay.” In a flash, he downed the brandy I gave him, and his eyes gleamed eager to slit my throat.

“I noticed something,” I pointed out. “You are a lousy drinker. I can see blood in your eyes and more blood on your hands. But I may be wrong. Haste makes waste, so come to my kitchen,” I looked him in the face. “I’ll try another method to test how much you are worth, mister. You have to drink one more glass of my brandy: I become beautiful after the second glass.”

“Even if I don’t drink a drop, you look prettier to me than the chicks on TV,” the guy said. “But I’m ready to drink four glasses for you.”

“More brandy in your head will do you no good,” I said as he drank the second glass.”

…“I’ll be honest with you, my girl,” the woman turns to me, her eyes fastening on my face. “Love happens after the second glass. No second glass, and the guy constantly finds fault with you. It’ll be your nose that might seem too long; your legs will be far from perfect, but after the second one bout your nose and legs are a treasure.

Well, the trader’s love was nothing much to speak of. Quite a few blokes have drunk two glasses of my brandy, and a lady learns to judge a guy by the way he finishes his drink.

“The first glass of brandy shows you the fire pit over which he will roast you once he has you eating out of his hand. Men are wicked, my dear. The second glass tells you if he’s got a heart of gold or a bottle of poison in his chest. The petty trader’s heart was neither fish nor fowl. I was at a loss.

“No way,” I said. “I’ll drive a hard bargain, mister, and I make no secret of this fact.  Half a ton costs one thousand Levs, but I’ll take two thousand from you because I don’t like you. And this is to make you go home.  Good buy.”

“No! I don’t want to go. I fell in love with you,” he said. “Your brandy’s strong.  It gives me so much power that I can’t make out if I walk on the clouds or along the street to my mom’s place.”

“Okay then. Give me the money and you’ll have the plums: two grand.”

“Then why are you wasting my time? You guzzled my brandy already.”

I took all his cash, that was all there was to it.  I carefully searched his pockets, extracting every bill or coin I could lay my hands on.  Any guy deserves that; fleece him, take his money and send him to another woman. Let her wash his socks and listen to the loads of baloney he’ll be babbling day and night.

“I respect my husband,” I mutter under my breath as I stare at the woman. “He’s kind-hearted.”

“Yes, he’s kind-hearted as long as he doesn’t meet a mademoiselle blonder than you, my dear.  She’ll grab his money, then they’ll drink two glasses of brandy together, and you will iron his shirts. A day later, he’ll say he’s unhappy, and you’ll be supposed to wipe off his tears for him.

Now listen to the end of my story, and you’ll learn a thing or two.

I tell you, my dear girl, the brandy we make in the town of Pernik is magnificent. After the second glass, the guy falls in love with you, and after his third he’d die for you. But love happens only to living men, doesn’t it? So, I collected the guy’s pants, shirt and jacket, rolled them into a ball, and tossed everything in the street.

“I’m not a hotel manager, and my house can’t accommodate you. Good bye,” that was what I told the petty trader.

On the fallowing day the guy came to my shop again.

“You are very pretty,” he stammered. “You are! Let’s drink two more glasses.”

“I’ve already sold the plums to another man,” I informed him.

“Did he drink brandy with you?”

The petty trader burst into tears, his cheeks shone wet, his closed eyelids fluttered, and he was a sorry sight. I’d been selling plums for five years, and many a time had I drunk two glasses of brandy with the most attractive buyers, but none of them had ever sobbed like this.

“You are a peach!” the buyers said, but I didn’t swallow the bait.

Remember, it’s the brandy that’s a peach, not you. You may apply a truckload of make-up on your face or spread a layer of fond de teint a foot deep over your pores. All will be all for naught.  It’s your plums they are after.

“Do you run your own business?” I tried hard to extract additional information from the guy.

“Do you have money?” I said, digging deeper into the matter.

“No. You took everything I had.”

“Do you have anything at all?”

He spoke up, choking on his own tongue.

“I look at you and I need no money, no house, no plums, no business. Nothing…”

“You are not worth a dime,” I accused him.

“What will I do with you?” I wondered.

“Drink two glasses with me,” he suggested.

Was it his tears or his daft answers that made his eyes shine like the sun and the moon?

“You are very pretty,” he said.

We drank brandy, a glass then a second one, and from then on, my dear girl, I know for sure: all men are stones. It’s you who decides if you’ll lug your man tied to your neck all your life, or throw him in the mud and step on his head to keep your evening shoes clean.

There is yet another option: you’ll drink two glasses of brandy with the guy, and like I did, you’ll give birth to his children, all three of them pre-e-e-tty like the sun.  And there’s something else. Every time I look at the mirror, I say to myself: he’s judged correctly, yes, I’m pretty.

Therefore, my dear, all men are stones, but only one among them is a precious stone. He is your man. The way he dresses makes you suspect he has bad taste in clothes. He is wild and, honestly, you don’t think he has the skills to operate a business, but he is your gemstone. Take care of him.

Now, run to the nearest supermarket and buy a bottle of brandy. Two glasses are enough, not a drop more, not one!

Zdravka Evtimova was born in 1959 in Pernik, Bulgaria, where she lives and works as literary translator from English, French and German. She has lived and worked as literary translator in Köln, Germany, and in Brussels, Belgium. Her short stories have appeared in the USA, Poland, France, the UK, Canada, Australia, Russia, Germany, Iran, Vietnam, South African Republic, Japan, Argentina, Spain, etc. – altogether in 23 countries of the world.

Image: "Pebbles on the Beach" by Susanne Nilsson.