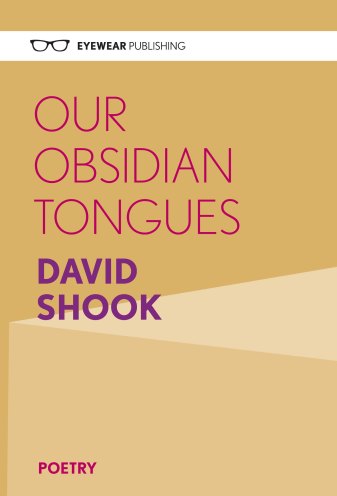 Two first collections by young poets, produced with typical Eyewear style and flair, make for two very different yet equally compelling reads. Each has much to commend it: David Shook’s evocation of Mexico City from a tenth floor, ‘the newspapers say you’re two packs a day…bus exhaust, fruit rot,/soured smoke of boiling hops, trash & burnt plastic’, brings the raw grandeur of that city to life, while Caleb Klaces’ work fizzes with surprising treasures –  caves and whales, auras, philosophers, mystics, explorers, clones, mythical cats and love affairs are only a few of its riches. David Shook’s poems are urban, gritty as pavements and quicksilver as traffic in DF. The sun is the ‘lit tip of a god’s cigarette’, and the valley its ‘ashtray’. Caleb Klaces’ work is just as tough-minded and interrogatory but softer in its expression: ‘it is not the birds that appear/to diminish/but the sky’. 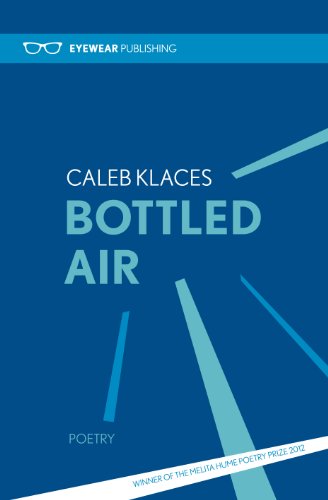 While Klaces’ notes are full and expand our reading of his collection (they contain poems themselves, something I like very much) the notes in Our Obsidian Tongues are very perfunctory. I think some context or explanation would be helpful for the reader who is introduced here to Tecuani or Classical Nahautl (an indigenous language in Mexico), Shook’s hero poets and writers including Victor Teran who writes in Zapotec, Moises Naufrago, Eduardo Lizalde and his Nahautl friend Silvestre Adan, in whose voice he writes five poems: all this is a lot to take in unless you are really familiar with Mexican literature and culture. All the same it makes a heady brew, strong as pulque.

While Shook’s preoccupation seems to be with how living gets polluted (a recurring image is of thrush infections in the mouth) Klaces I think goes deeper and travels further in his concerns. He returns again and again to the worth and value of human life and how it can exist with grace in such a mad and corrupting world: ‘feel free to borrow our air/ while you browse’ whispers the air-conditioned shopping-centre. I particularly liked the work in the first section, ‘Six Figurines’, describing his experiences in a home for orphaned and mentally and physically disabled children in Bulgaria. His touch is sure and skilful, especially in the prose piece ‘Music’, which is honest, brave and though hard to read, extremely moving.

Both poets explore the ways that the internet, instantaneous communication and constant travelling take their toll on us and our relationships and affect our awareness of change and time. Reality is always mediated: ‘every room…has the same view of the island./It’s painted on the windows’ (Klaces) and poems are written as messages and ransom demands on the backs of postcards (Shook). Both collections also have a seam of chewy humour slithering through, almost a gallows humour, which adds zest: my favourite poem in Our Obsidian Tongues is ‘Mutt Ghazal’, a wonderful celebration of ‘every chilango dog’.

Having read these two books side by side, I can see overlaps – concerns for the made and the ‘natural’ world as expressed in Klaces’ poem ‘His wife replies practically’ (in Notes) : ‘ for over there the spoiling air/ is in the poor/the poor are in the air: so/we are poor too?’ and in Shook’s ‘the tectonic/ city shifts like an uneasy plate/jostling its neighbors for space’. Shook’s poetry is full of violence and effect while Klaces’ work is subtler, more aware of complexities and ambiguity. I have enjoyed both collections and both have, for debuts, strongly realised voices and personal landscapes. However if I had to choose one to return to, it would be Caleb Klaces’ Bottled Air. I look forward to following their development: both are very brave and gifted poets.