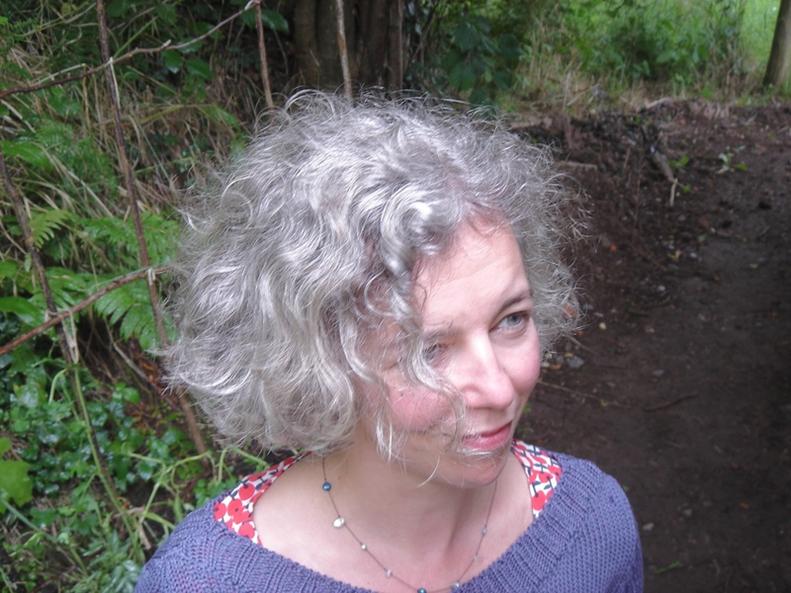 Jane Feaver was born in Durham in 1964. After reading English at university she worked at the Pitt Rivers Museum and then in the poetry department at Faber and Faber. In 2001 she moved to Devon with her daughter. Her novels are entitled: According to Ruth (2007) and Love Me Tender (2009).

Where are you from and how did your early life impact upon your work?

I was born in Durham, spent the first nine years of my life in Newcastle upon Tyne until my family moved to Brixton, in London. Despite living in London then for another ten years or so, I never felt like a Londoner.  As a family we used to go back to Northumberland every school holiday.  I drew on that experience in my first book, According to Ruth.

Please tell us your latest news.

I am currently in the throes of re-writing a novel, which is due out from a new literary imprint next year (Corsair, part of Constable books).

When and why did you begin writing?

I always enjoyed reading and writing as a child – in many ways, much more than I do now: reading and writing then was only for pleasure.  I didn’t begin writing seriously until relatively recently, in my late thirties.  Before then I’d had full-time jobs – working in a bookshop, working in the library of a museum and, latterly, working at the publishers Faber and Faber, in London.  This last job in particular kept me from writing.  I was surrounded by so many professional and brilliant writers, it seemed ridiculous to imagine that I could add anything at all.  It wasn’t until I left London to take up a job in Devon, running the charity, Farms for City Children, that my old itch to write resurfaced.

What inspired you to write your first book?

According to Ruth is semi-autobiographical, as many first novels are.  To a certain extent I was ‘getting something out of my system’, writing a sad history of the disintegration of my own family.  The move to Devon re-ignited my memories of Northumberland and living in the countryside, particularly the difference between indigenous farming families and urban ones.  Seeing the ‘city children’ who come to live on the farm nearby for the charity in which I’m involved, and their reactions to seeing cows, for instance, for the first time, reminded me of my younger brother in particular and his relationship to the neighbouring farm in Northumberland.

How did you come up with the title?

Because the book was based to a certain extent on people who might recognize themselves, I wanted it to be very clear that the version of the story I was writing was a particular version.  I wasn’t presenting it as the absolute ‘truth’, but as the truth as seen by a sixteen-year-old, Ruth. It was a partial account. I liked the name Ruth and its Biblical ring and ‘According to Ruth’ preserved that for me.  But it took a long, long time to arrive at something, which in the end appeared to be so obvious to me.

What books have most influenced your life most?

The Railway Children is a book I refer to in According to Ruth.  The great yearning that it represents for the disbanded family – that the father will come back. I was a keen reader of E. Nesbitt as a child.  Also Carrie’s War, Nina Bawden. I identified strongly with both characters. I despair of myself sometimes now, in that I seem to very easily forget everything I have ever read.  But there are certain books that made a strong impression on me at a particular time.  I remember reading L.P. Hartley’s The Shrimp and the Anemone when I started secondary school, Katherine Mansfield and Thomas Hardy stand out. Barbara Comyn’s Sisters by a River, when I worked in a bookshop in South Kensington.  I worked in the poetry department at Faber and read a great deal of poetry at one time – Ted Hughes, Seamus Heaney, Don Paterson, Alice Oswald, Jo Shapcott – In many ways I am still more drawn to poets than to fiction writers.

If you had to choose, which writer would you consider a mentor?

Reading Kazuo Ishiguro’s Never Let Me Go was a real lesson to me, in restraint and in punctuation.  As I read books nowadays I hope that I am always alert for ways of seeing and doing. Philip Hensher, who is Professor of Creative Writing at Exeter University (where I am studying for a Phd) is a brilliant writer and critic who has helped me enormously in a practical way.

What book are you reading now?

I am reading True Grit by Charles Portis.  It reminds me in kind of those first children’s books I loved – narrated by a strong and uncompromising female voice.  I was led to it by the Cohen Brother’s new version – a brilliant adaptation that relies heavily on the original dialogue in the book.

Are there any new authors that have grasped your interest?

I come across authors in a fairly arbitrary way; I don’t make a good enough habit of it.  Tash Aw is a wonderful writer and a new, very interesting short story writer: Adam Marek.  Laura Beatty’s first novel, Pollard, is experimental, imaginative and hugely readable – a rare combination.

Who is your favorite author and what is it that really strikes you about their work?

Did you learn anything from writing your latest book and what was it?

I am sure that you never stop learning.  Each new book is a learning process and most often, in my experience, a painful one.  I am trying to learn a little more about structure, which I appear to be congenitally allergic to.

Do you have any advice for young writers?

The same advice I would give myself: to read more, to get out more, in that order.