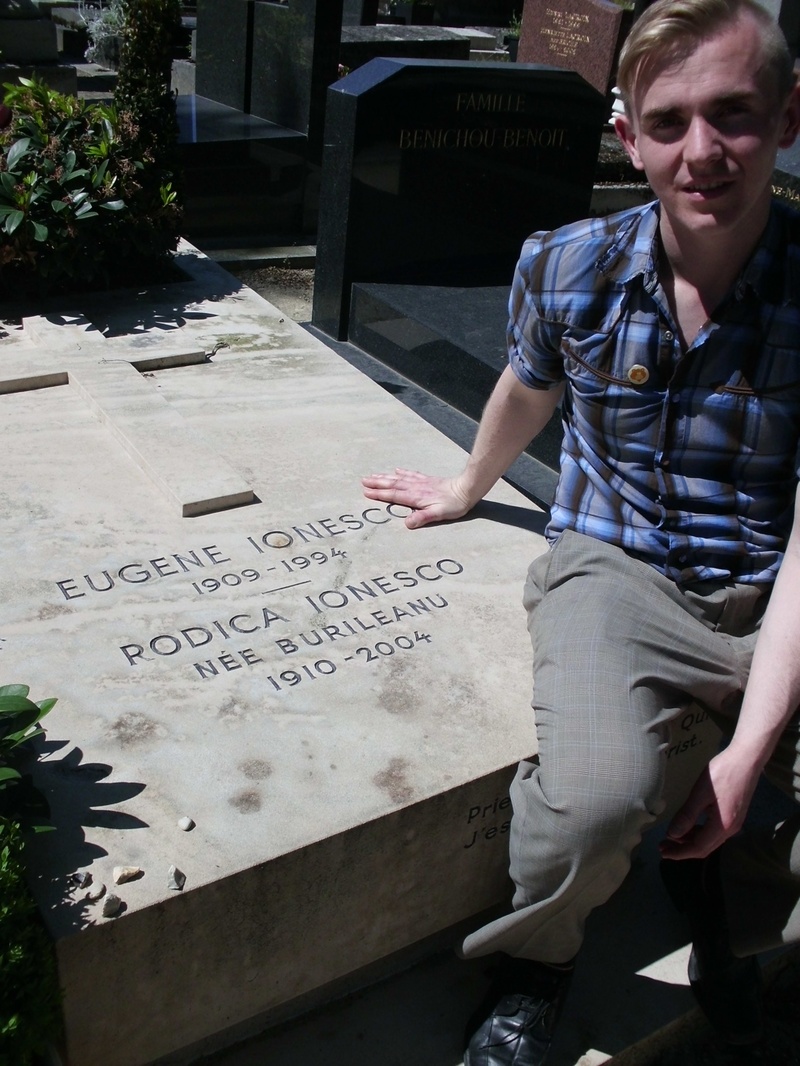 SJ Fowler is the author of four poetry collections, and is the UK poetry editor of Lyrikline and 3:AM magazine. He has had poetry commissioned by the London Sinfonietta, Mercy and the Tate, is an employee of the British Museum and a postgraduate student at the Contemporary Centre for Poetic Research, University of London.

Interview carried out by email by Jack Little, UK/Mexico

1. Please tell us about your latest projects.

I am in the midst of writing some poems that vaguely centre around housing estates in London and quixotic understandings of social deprivation. I published a collection last year about prisons, and this is continuation in many ways. It is a subject so full of despair, but ambiguous too, so ripe for parody are people's thoughts on housing estates that only aberration of language can equal the task. I'm also cleaning up two finished collections for publication this year.

Outside of writing I am quite heavily involved in the upcoming Poetry Parnassus, writing my Phd, working at the British Museum, off to a few poetry festivals in Romania and Lithuania, doing some commissions for the Tate, Mercy, the London Sinfonietta, the Guildhall music school, and I’m collaborating with some amazing artists and poets too – Alex Kell, David Kelly, Monika Rinck, Tamarin Norwood, Tim Atkins. I’m also finishing the Maintenant interview series too! It’s a good year, I'm very fortunate.

2. Who has been your biggest influence on your poetry?

My work is really different from collection to collection, so my influences are as broad as my tastes. No one sticks out as a completely dominant influence but I would say Rene Char, Henri Michaux, Gunnar Ekelof, Tadeusz Rozewicz, Mario de Andrade, Tom Raworth, John Berryman. These are poets I keep coming back to over and over again to steal from.

Hard to know and of course it depends on each individuals perception. I would say in general probably not, but that isn’t a bad thing necessarily. Perhaps I should only speak for England, or even London. I would say if poetry isn’t flourishing, it is doing poets as much of a service as a disservice.

4. What do you think about online publications?

I am very much in favour of them. They democratise poetry somewhat and allow a readership to emerge, though unrecognised, which is far more vast than would otherwise be possible. I still have surprising experiences where people are aware of my work through quite marginal ezines and websites and that is particularly gratifying, and it allows poets to blood themselves in publishing before they reach the stage of releasing a collection.

5. What was the last poetry book you bought or were given as a gift?

Just last week I was lucky enough to spend some time with Tim Atkins, who is one of the best teachers and poets I’ve met in London, and he re-educated me in US poetics. His knowledge is breathtaking. I went away with a massive stock of books on loan from his collection – Larry Eigner, Lisa Jarnot, Miles Champion – all incredible.

6. You seem to be interested in cross-disciplinary approaches to poetry. Can you tell us more?

It is wholeheartedly worth noting that collaborations between poets are rare, and it is equally valuable to challenge the common perceptions of why they are so I think. I've said before that the medium of poetry lends itself to collaboration as language does conversation. It is in poetry we are renovating the living space of communication, and this in itself is a collaborative act. That those who have cultivated the act of poetry should come together to build new works in such proximity with each other can only be a cause for excitement, and lament that is doesn't happen more frequently. My belief is that the poet comes up against something other than himself in the writing of every poem, and in the shaping of every fragment of language there is a response taking place. Cross disciplinary work and collaboration in general is a testament to what is produced when the other in question is the equally avid mind of yet another poet. It should be necessary for all poets I think.

7. I can see from the Maintenant series in 3:AM Magazine that Eastern European writers are featured prominently. Do you think that poetry from that region has been ignored in the past?

I think perhaps the opposite is true, those who suffered under oppression in Eastern Europe are offered a validation because of that oppression. That might be justified. In fact, it’s hard to find a modern tradition to match Poland for example. Certainly poets from Eastern Europe have had a huge influence on world literature, their emigration to the US and beyond to teach and so forth has played no small part in that. I think if anyone is ignored in poetry, or overlooked, it is avant garde poets or female poets or a group that isn't bound by a nationality.

Positive reinforcement - I hope I am teaching at a University, living outside of England with my own family. I allow myself the possibility that I won't be writing too, which would be fine.