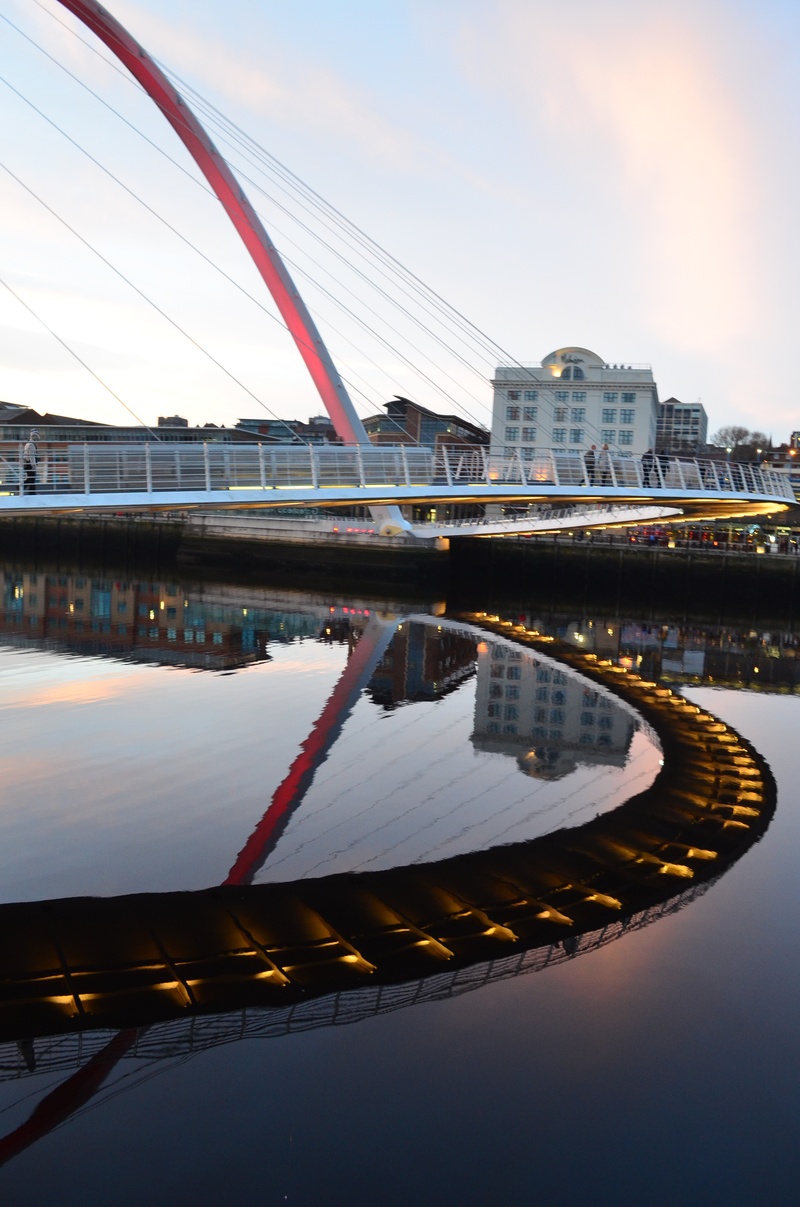 Touch down is a nervy moment: exhilaration, anticipation, the excitement of the unknown. Peering out the window as you realise terra firma is real, that your temporary flirt with the celestial has been abruptly brought back down to earth with a bang. So why, as the smog of Mexico City engulfs, do the Tyne Bridge, St James’ Park and the Baltic appear so clearly in my mind’s eye? Why is it that thousands of miles can be reduced to zero in an instant? Why is this surprising? What does “home” really mean?

Mexico. Newcastle-upon-Tyne. They are both part of me, yet how, I wonder, are they linked? What’s the connection? What separates them? Is their intangible battle for space in my memory, inextricably connected by a mental thread that crosses continents? Inherent to both for me is a sense of loss, of giving myself up to new customs and surroundings in a nervous attempt to ‘fit in’. New places are impostors. The first few days you are tricked, wandering around in a jarring state of bewilderment that skews the values and practices you thought were deeply entrenched. You find yourself acting in a new and exciting version of your own life, yet one that, if confronted with, you would struggle to recognise. You realise that exaggeration is key.

It isn’t for nothing that I refer to my first week in Mexico as my freshers’ week in Newcastle multiplied by a hundred. You play out a role in a play that is being constantly rewritten, the parts (and their relative importance) change with disorientating pace, and so that those in the starring roles would much rather be mere extras, whilst those very same extras would give anything to have their time in the spotlight. Yet geographical relocation is just that. It isn’t simply the movement of a life to a new set of coordinates or a new time zone. It is the constant, painful transition of you. Of your identity and self in a new place, filled with its own idiosyncrasies and secrets, of worlds that care nothing of giving you ‘time to settle’. It is a common question. ‘Have you settled in yet?’ Yet what does it really mean? Is ‘settling’ ever the aim? And if this ‘yet’ ever comes, does it signal its arrival with a sudden realisation, or do you adapt, moulding yourself to the hole in which you have so abruptly (often self-consciously) been placed?

Both places are formative to who I consider myself and whom others consider me to be. I have acquired much more than memories, things far more tangible to my sense of self than a collection of goods and property. I value my signed Temuri Ketsbaia shirt just as much as I value the signed card from the Mexican schoolchildren I taught. They are reminders (a strange concept, a reminder, as if somehow your memory needs a physical piece of evidence to awake it from its slumber) of a time and a place, of a singular moment that is related to a specific geographical location. Yet I realise now that both places are special. I need no physical reminder, nor will one ever exist, of the feeling of walking along the Quayside hand in hand with someone you feel utterly comfortable with. Of walking to the top of the Baltic art gallery and looking out over a city that for one second you believe could be yours, nay, is yours. Of sitting under the Baja Californian sun with a group of friends who feel hard won, of a personal battle to be liked in another language that you finally feel you have won.

Memories are fickle. Yet if they are fickle, let them be so. Because all these memories I have described to you have their antecedents, their darker other halves, the memories that, thankfully, good ones tend to displace. The memory of arriving in strange cities, of foreign tongues and of physical loss. The grotesque, fair ground like gaudiness of the Bigg Market on a Saturday night, with its façade of diversion based on a potent mix of collective forgetting and pent up aggression. The frightening sense of terror that comes from having nowhere to stay in a city or an eleven hour plane journey away from home.

Yet, even now as I finish the penultimate paragraph with that magic word, home, I realise that that is what both places became. If home is comfort, familiarity and belonging, then both Mexico and Newcastle-upon-Tyne are my home. What a strange idea, to have multiple homes. Yet maybe that is what I have learned. Through displacement, relocation and readaptation, I made myself a home. A place that, be it Jesmond or Mexico City, La Paz or Heaton, is part of me. I anchored myself down, tentatively tethered a life to a place in the hope that it would set down roots. And they did. They became homes in a way that I will never, ever forget. Because Newcastle and Mexico, you have left your mark on the map of my life, and nothing will ever change that.

Biography of the Writer

Adam Fry graduated from Newcastle University in 2012 and now works for the Clipperton Project in Mexico as the education officer. This article explores the meaning of “home” and finds a space encompassing elements of both Newcastle and Mexico City.

Photo: The Millenium Bridge taken by the author.