About the Poet and Translators 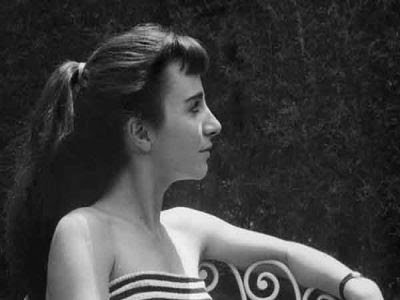 Ulalume González de León was a poet, essayist, and translator of remarkable intelligence and invention. She was born in 1932 in Montevideo, Uruguay, the daughter of Roberto Ibáñez and Sara de Ibáñez. Her parents gave her the incantatory name Ulalume, inspired by the poetry of Edgar Allen Poe and the musical names of African-Caribbean ocean deities. At an early age, she was introduced to many poets and intellectuals who were guests in her parents’ home, among them Pablo Neruda, Octavio Paz, Gabriela Mistral, and Juan Ramón Jiménez.

She studied at a French lycée, and, by the time she was fifteen, had earned a government scholarship to study literature and philosophy at the Sorbonne in Paris, finishing her studies at the University of Mexico. In the 1960’s and 70’s in Latin America, she was an inspirational leader of a generation of women writers experimenting with language and challenging the traditional identities of women, marriage, and relationships. She published essays, stories, and poems, and worked on the editorial boards of  the journals Plural and Vuelta, under the direction of Octavio Paz. She also translated the work of Elizabeth Bishop, Ted Hughes, Lewis Carroll, and e.e. cummings.

González de León’s poetry earned her many awards, including the Xavier Villaurrutia Prize, the Flower of Laura Poetry Prize in 1979 (the Center for International Studies) and Alfonso X Prize. Recognizing the visionary quality of her work, Octavio Paz called González de León “the best Mexican poet since Sor Juana Inés de la Cruz.” She died in 2009 of respiratory failure and complications of Alzheimer’s at the age of 77.

Terry Ehret has an M.A. in Creative Writing and is one of the founders of Sixteen Rivers Press. She has published four collections of poetry, most recently Night Sky Journey from Kelly’s Cove Press. Her first collection, Lost Body (Copper Canyon Press, 1990), was inspired by González de León’s work and was selected by Carolyn Kizer for the National Poetry Series. Other awards include the California Book Award, the Pablo Neruda Poetry Prize, a nomination for the Northern California Book Reviewer’s Award, and five Pushcart Prize nominations. From 2004 to 2006, she served as the poet laureate of Sonoma County, California, where she lives and teaches writing.

Nancy J. Morales, a first-generation Puerto Rican American, earned her B.A. from Rutgers College, an M.A. in teaching English as a Second Language from Adelphi University, and a Ph.D. in education from Teachers College at Columbia University. She has taught Spanish language and literature at Dominican University, the College of Marin, and Sonoma State University.

John Johnson is an award-winning poet whose work has appeared in many print and online journals, including BOXCAR Poetry Review, Clade Song, Triggerfish Critical Review, and Web Conjunctions. He has been studying Spanish language and literature with Colors of Spanish in Petaluma, and letterpress printing with Iota Press of Sebastopol, producing chapbooks and bilingual broadsides.