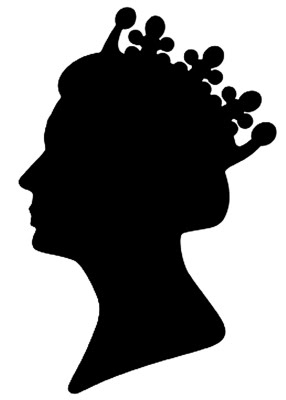 This language before which I fall on my knees

owes me an apology.  This language

with its shipwrecked grammar and impossible

linguistics has second-rated my frustration.

Knowledge of good and evil I have a false tree

planted in my desert after my Rokel

was murdered in its basins.  Tell the English Queen

that my sorrows are not in her words

but in their meanings.

on my tropical concerns

puffing off all its winter ego

in my father’s barn.  I can

go to war every minute to lay my hand of hope

on my father’s corpse or his dutiful remains

for I know how much of it has died and

how much remains alive.

Language of my garrison your slave is always

going and coming back, always

full of your vocabularies,

my mother smile in her corpse,

believing that I can bury her

with the sentiments of your bitter colony.

Accent of the royal speed mind the primitive consciences

of these conquered plateaus; their lonely tributaries

run the blood of thirst sowed by your feat of navigation.

This promiscuous tongue of mine is sore from its many flutes

the quadriplegia of the faithful revolver shooting at my tropics.

I have uttered many boastful statements in English

which I cannot replicate in my mother tongue.

I know now that you are not a mother but a step-mother.

Many a poet have questioned

their black Anglo-Saxon against your snow.

I am questioning your intention as you ride on a broom

over my continent, my African continent silencing

Where is your soul O English?

After being condemned to read in you I do not cry

I do not know how to console my mother tongue;

do not know how to assure her that I am forever

close to her, to her calabash of mind; do not know

how to make conversation without being bookish;

do not know how to control my stammer

when crossing the river of your super Grammar

to come back home and lie on the lap of my mother.

English, you are now the language of my thirst;

therefore, I too seek to imprison you,

to teach you how to listen to the tongue of my mother,

to teach you how to quietly ride on your broom

over the musings of my grand-mother’s

thousand tongues and to make you

citizen of this Babel.

Gbanabom Hallowell has published three volumes of poetry and recently celebrated twenty years of his work with the publication of Manscape in the Sierra: New and Collected Poems 1991-2011(Karantha Publishers, 2012) to national acclaim.  In 2013 The Sierra Leonean Writers Series (SLWS) will issue his collection of two stories, Gbomgbosoro.  A Little After Dawn,  Hallowell is currently Director-General of the Sierra Leone Broadcasting Corporation (SLBC), and teaches seminal classes at the University of  Sierra Leone.