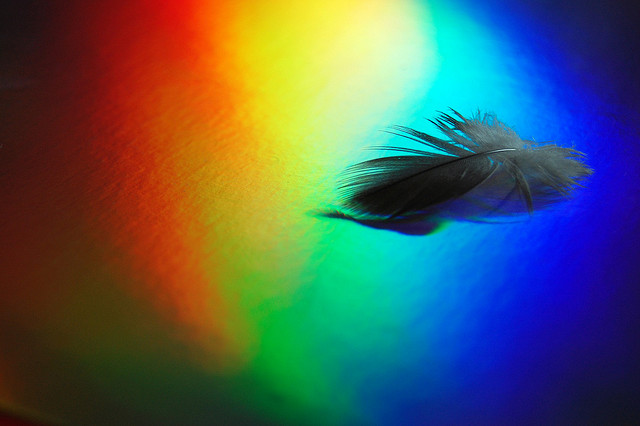 ‘Salt?’ Zara approaches the crouching boy. ‘Why are you putting sand into those holes?’

Danny straightens up and faces her. His blonde hair is curled by the breeze; his cheeks pink with healthiness; his eyes bright as the topaz sky which stretches wide above them.

‘Well,’ he explains, ‘the clams don’t like it so when it’s poured into their holes see what happens.’

‘Isn’t that a bit cruel?’ asks Zara. Danny doesn’t answer, is drawn to the freckled face and red curls of the girl beside him; creates more powdered heaps.

Behind them, granite and dusty pink houses fringe the harbour. Three boats with handkerchief sails edge slowly across the water as if slicing it. A gull rents the air with its shriek.

Zara watches as green tubes shoot through the salty sand and from their ends, white clams snake their limp way out. Danny grabs them, smiling, piles them in his canvas bag and thinks of the chowder they will later become.

He invites her to the farm on the cliff edge.

‘Pop in. Have some clam stew. Any time.’ He lives with Charlie and Baz, he explains, pointing to the house, a tatty wooden structure which looks as if a gust of wind would knock it down. Danny sleeps in a hut, small, teetering on the edge. He stays there rent-free in exchange for helping them with the animals.

Over the next few weeks, Zara visits regularly. She does not tell her mother, just says she is going to the beach, enjoying the summer before university. Della would not like Danny nor his lifestyle. A single mother, she has worked hard to protect her daughter. Zara recalls how Della would place her own hand behind the collar of Zara’s shirt when attaching a brooch so that if anyone got spiked by the pin, it would be her, not her daughter. Or when a car suddenly and erratically mounted the kerb once, she immediately pushed Zara aside and put herself in the firing line. Luckily, the car only grazed her mother’s leg but protecting Zara was instinctive.

One day, Zara cycles to the farm and sees Danny among a group of chickens. He looks shabbier than them, his jeans ripped, his t-shirt stained with shit and blood, as if the farmyard has imprinted itself upon his clothes. By contrast, the poultry’s golden feathers seem ordered and combed back; their beaks directing them like compasses around the yard; their clucks so loud they sound orchestrated.

Suddenly Danny grabs a chicken, singling it out. At the edge of the field, he clasps the bird’s feet together and dangles it upside down. It squirms, tries to survive. Danny holds its head between two fingers and with his thumb under the beak, tilts the bird’s head sharply backwards. The chicken struggles, squawks in pain; feathers fly off, floating to the dusty ground. To Zara’s horror, Danny snaps the bird’s head, dislocating it.  She hears the click, like the cracking of a branch. The bird is not instantly still: it twitches, fidgets, as if determined to cling to the life it has already lost. Danny swings it like a bottle, hangs it upside down on a line and returns calmly to kill another one.

Zara turns away. Sickened by what she has seen, she cycles to the shore where she washes her already clean hands and tries to clear Danny’s blood from her face. She sits on the grassy turf, gazes out to sea where the water is a mirror to the hygienic sky.

That evening she cycles again to the farm. Danny has cleaned himself up, but his hair still curls and froths defiantly.

She nods. She will not say: mostly, apart from watching you kill.

That night, Danny and Zara take bottles of beer out on the hill above the farm where they watch the sun bleed over the sky.

He thinks: if I am careful, she will lift me up.

She thinks: if I am not careful, he will bring me down.

Danny kisses her. She closes her eyes, trying to erase images of death and dirt and enjoy the clean saltiness of his mouth, his skin. He takes her gently in his arms, caressing her breasts beneath her shirt, lifts her skirt and gently fingers her. They make love under a dark sky studded with stars. Danny is tender, does not hurt her and she wonders if he is holding his savagery back. She recalls the razor clams, forced from the comfort of the sand by the poison of salt and the chickens, their shrieks tearing the air, their feathers deserting them. She wonders what else Danny is capable of.

They lie there for hours, semi-dressed, partly in silence, drinking from tilted bottles, emptying and refilling. He whispers sweetly in her ear; his words are velvet and silk. She thinks: chicken squawks; sounds of pain.

The next morning, Zara decides to end it. It is kindness she likes; she knows that now. She will tell Danny in a language he understands. He should meet her at their beach at 10.

When he arrives, fresh shirt, hair brushed, jeans not ripped, he sees on the sand, written in red paint:

Tamar Hodes was born in Israel in 1961 and has lived in the UK since 1967. She read English and Education at Homerton College, Cambridge. For the past thirty years she has taught English in schools, universities and prisons. Her novel ‘Raffy’s Shapes’ was published by Accent Press in 2006. She has had many stories on BBC Radio 4 and in anthologies including ‘The Best British Short Stories 2015’ published by Salt. She is married with two grown-up children.