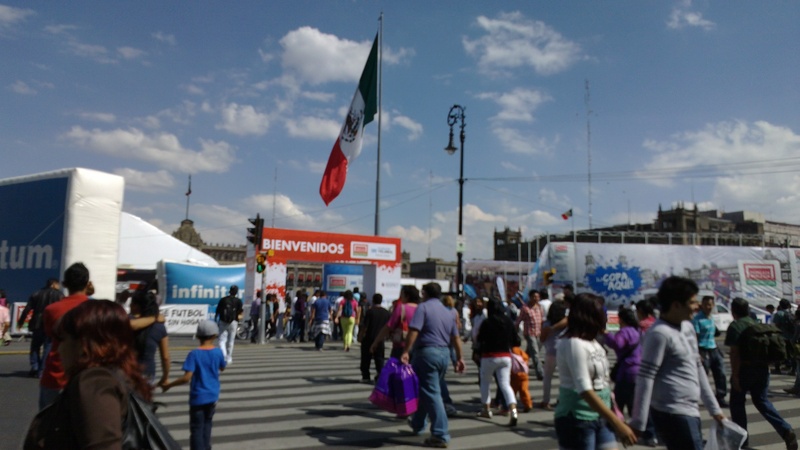 Last month, I had the wonderful opportunity to attend several matches at the Homeless World Cup 2012, a project that aims to bring pride and self esteem to young men and women without a roof over their heads through the impact of sport. This is a vital project at a time when over 60,000 households become homeless each year within England alone.[1]

A powerful experience for all concerned, the tournament brought together footballer from 59 countries to Mexico City, all to play football, fighting for their dreams and at the same time all in spirit of friendship and the best of human nature. The event really was a spectacular show of talent and effort and most impressively, of gentlemanly conduct, respect for referees and a hand up for any player who was fouled during a match.

In its tenth year, over 600 players had the opportunity to participate on a new continent, to meet people from other nationalities and to share their experiences of life, for some providing the opportunity to re-evaluate their situation, look for a way forward and feel proud of this great achievement.

I managed to chat with two of the England lady’s homeless world cup team after leaving the pitch against Brazil after being soundly beaten 13-1. Jayde was very proud to have been selected as part of the team and has played for several years within programmes in the UK. She said being in Mexico was “great fun and a wonderful opportunity”

For many, being part of the Homeless World Cup will be an unforgettable opportunity as players were interviewed by Mexican news, several hundreds of fans chanted songs to support the players in the mini- stadiums, custom built in the Zocalo of Mexico City and the new friendships built. Fans wanted autographs and applauses were dealt generously. Jodie, one of the England Lady’s players described the opening ceremony as “like being at the Olympics… I was the only English person chanting in the crowd for that match as many neutrals cheered on the favourites, Brazil. A moment to feel proud of my English heritage. 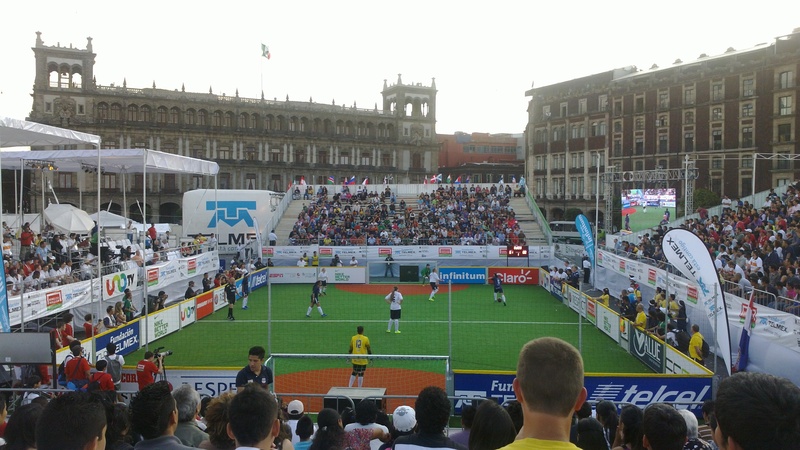 So although England weren’t able to take the trophy back to the UK, it didn’t really matter. All will return to their communities with a real sense of pride and achievement. Onwards and upwards!