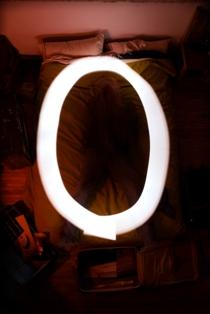 For one night only, Mexico City based artists took over a small yet dazzling hotel in the city centre to take participants on a journey through memories of the past. British writer Jonathan Bonfilglio and Mexican artist Naim Rahal collaborated to provide the virtual ‘bank of memories’ promising to reveal hidden images of the past, appearing rapidly and just as quickly disappearing into the ether of the night. Did it deliver or was it in fact, a very forgettable night?

The evening began in San Rafael on the corner of a dimly lit avenue. A grand French carved- wood door stood locked: beyond it, a candle-lit corridor with leather sofa and hanging plants leading to a moonlit garden and water fountain. The rooms are without numbers; named after the states of Mexico each has its own character and characteristics. Beatriz de Urquijo Isoard, one of the organizers, tells the small crowd waiting in the hallway that “each time we enter a hotel, we leave a little part of ourselves there…of course this event is in Mexico City but really, it could be anywhere in the world.” She promises a night of painting, photography, art, theatre and video...

The door opens. Revealed is a beautiful 19th century staircase, under which a young actress plays cards, mask in hand. She looks at old postcards of family, old trips. She sits silently. Actors dressed in black walk across the black and white checkered floor, reminiscent of ghosts on a chess board. My neck tingled as I knew this would be a special night. (It could have been the whiskey too, looking back).

I’m led up the long wooden stairs. I’m shown a photograph… “Do you remember?” she asks. I enter a small dark room, a young woman perches on the edge of a bed. The artist Lucia Veracruz shows a video filmed in a hotel room: a maid cleans, two lovers kiss…

Another room holds the work of Mexican artist Naim Rahal. Opened suitcases fill the room along with other movable objects. A coat hanger, a model ship. I add to these items with my glass of whiskey, unable to write and hold it at the same time. In this way, guests left their own memories there- the event was interactive, the participants truly a part of the exhibition.

Rahal’s art explores aspects of his memories of his grandfather- how he imagined he was and how he would have liked him to be. He only knew his grandfather as a baby himself. Rahal explains that his work explores the way in which memory is fragmented: “Memory isn't just fact; memory also involves creation”. Rahal also added that, “Like music, you don’t need to know about its history, about theory to feel it and enjoy it. The reactions are vital. I find the first reactions most interesting- you enter your hotel room and it is yours for some moments. Then it is someone elses.”

The final part of the night was in a small bar on a patio, under the moon. Live music played and it made me think. Memories can be like music, you remember the beat- they make you smile, they make you sad... This would be a night that I will remember for some time to come.