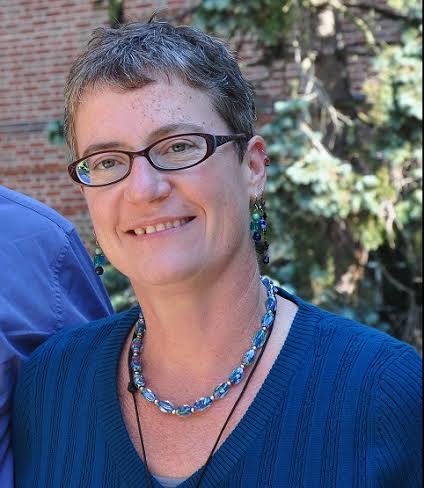 Sandy Kingery is a poetry translator based in the USA.

Interview by Don Cellini and published in Issue 34 of The Ofi Press.

1. Would you tell us a bit about your professional background and how that has let you into translation?

I learned Spanish in college and fell in love with Spain the first time I traveled there. I went back to spend a year in Barcelona after I graduated from college, and although my plans were to begin law school the following year, I ended up deciding to study Spanish in grad school instead.  I got my M.A. and Ph.D. in Spanish at the University of WI Madison, and I loved the one translation class that I took there (the only one that was offered at the time).  But I didn’t actually begin translating until I had been teaching at Lycoming College (Williamsport PA) for a few years.  I really started translating just for fun, and there’s been no looking back!

2. Can you tell us about some of the translations you have completed?

My first translation was Julia, the first novel by Ana María Moix.  My doctoral dissertation focused on Moix so this was a natural choice for me.  I’ve also translated Moix’s most recent book, a collection of short stories entitled Of My Real Life I Know Nothing.  I’m very pleased to have published those two translations, but I would also love to publish my translation of Moix’s second novel, Walter, ¿por qué te fuiste? [Walter, Why Did You Have to Leave?].  I haven’t yet been able to find a publisher for it, which is unfortunate, because it’s truly an outstanding novel.

I’ve also translated a novel by Cuban writer René Váquez Díaz: Welcome to Miami, Doctor Leal, some poetry by Xánath Caraza and Kepa Murua, and quite a few short stories.  I was particularly pleased to be commissioned to retranslate Julio Cortázar’s “The Pursuer” and to be the first person to translate his posthumous “Bix Beiderbecke.”

Lastly, I translate a good deal of political philosophy from Spain, e.g., Daniel Innerarity’s The Future and Its Enemies.  In Defense of Political Hope. This makes me feel like I’ve come full circle, because my two undergraduate majors at Lawrence University were philosophy and government.

3. What do you see as the role of the literary translator?

The literary translator has the awesome and awe-inspiring responsibility of transferring an author’s thoughts, style, tone, and techniques from one language to another.  Translators also often have the pleasure of introducing wonderful new authors to an American audience.

4. Sometimes I come across translations that almost seem to have been done by a computer – very literal, almost word-for-word translations.  Other times I’ve found translations that barely resemble the original; they seems to be new works based on the original – poems turned into prose, for example.  On a continuum from literal translation all the way to creative, new translation, where do you see yourself?

5. Can you describe your approach to a new translation?  How do you begin?  What kind of system – or lack thereof – do you use?  What’s the process you use?

My approach to a translation varies depending on whether it is prose or poetry, fiction or non-fiction, but the general process is similar.  I always like to read through the whole text before I begin translating so that I know where the author will be taking us.  When I begin the physical act of translating, I like to go through the text quickly the first time, without allowing myself to stop and think too much. I believe this helps me capture the feeling and mood and meaning as organically as I can. That means that if I get stumped by something on the first run-through, I will often just leave those words or phrases in Spanish because I know this is an area I will need to stop and ponder slowly in a subsequent draft.

In contrast to my first run-through, my second draft is very very slow.  I look up a lot of words or expressions, weigh possibilities, struggle over choices.  When I have a good solid second draft, I then set the original aside and focus exclusively on the English.  I go through many drafts where I focus on the English alone, and I always read the entire English text aloud at least once so that I can hear the rhythms and sounds of my words.  As a final check, I generally return to a detailed comparison between my nearly finalized translation and the original.

I should also mention that since I almost always translate living authors, I also share my final draft with the author.  I’m always happy to consider the author’s suggestions, and this often leads to very fruitful dialogue. There was only one time when the author attempted to make substantial “corrections” to one of my translations, but most of her suggestions were unhelpful because her English wasn’t as strong as she seemed to believe.  That was a difficult process to work through.

6. Can you tell us about a particularly challenging translation?  How did you resolve the situation?

A couple of years ago, I heard Mexican writer Xánath Caraza do a breathtaking reading of “Árbol de vida,” which she introduced as her “untranslatable poem.”  Caraza later asked me if I would be willing to translate the untranslatable. I quickly said “yes, of course” since I had loved the poem from the first time I heard it, and I love a challenge.  That said, I have to admit that my quick affirmative was truly rash, since I had no idea how I would solve the translation difficulties that were inherent to the text. Still, I believe all texts are translatable, in one way or another, so I dove into the challenge.

My obvious first challenge was to figure out the meaning of “Anagada da vida,” since the reference to the lyrics from Iron Butterfly’s psychadelic “In A Gadda De Vida” wasn’t immediately apparent to me.  Although Caraza’s first word is rendered differently than in the song, it is believed that the idea for “In A Gadda De Vida” was actually inspired by the island of Anegada (or Anagada).  Once I understood that reference, my second challenge was to figure out how to translate the continual repetitions and variations on “De Vida” or “Da Vida” since I couldn’t simply change them to their literal English meaning (“Of Life” or “Give Life”) without losing the reference to the song.  Lastly, and perhaps most importantly, the poem is a performance piece where the sounds and rhythms and repetitions are essential so I had to find a way to maintain the musicality of the piece.

What I chose to do was maintain the line “Anagada da vida” and then include both Spanish and English words in an attempt to maintain the rhythm and repetitions, but also capture the free-flowing meaning of the words.

Here’s the beginning of my translation:

Blending in the wood

Woman in the bark

Publishers in the U.S. frequently suggest that putting the translator’s name on the cover will scare potential readers away.  Translators sometimes fail to insist on visibility because they do not want to appear self-serving.  But I think it’s vital for translators to demand this visibility, not only so the individual translator receives the credit he or she deserves, but for the good of the profession.  The public should know when they are reading a translation, and publishers should know that the public is willing to read translations.  That awareness is important for everyone because we all would like to see more translations of world literature.