More
Fiction Review: “Seiobo there below” by Laszlo Krasznahorkai 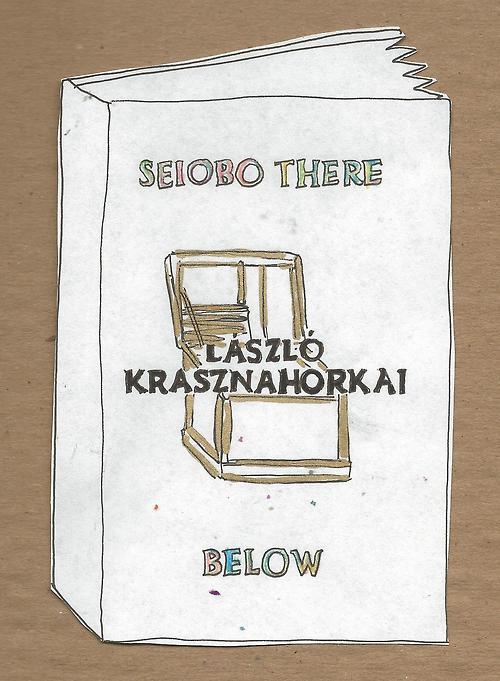 “Seiobo there below” by Laszlo Krasznahorkai

When Susan Sonntag called him “the contemporary Hungarian master of apocalypse who inspires comparison with Gogol and Melville”, she was indisputably right. The universality of Krasznahorkai’s work places him firmly in this illustrious lineage, and prompts comparisons with Sebald, Beckett, and Sartre.  “Seiobo there below”, his fifth work to be translated in English (by Ottilie Mulzet, who received the Best Translated Book Award this year for her rendition) is a charismatic narrative of seventeen distinct stories, each set in a different time and geographical area, and with its own protagonists: artists (real or fictional), murderers, kings and queens, priests and gods. The temporal and physical background shifts abruptly— sometimes within the same story— from contemporary Japan and Greece, to ancient Persia, Renaissance Italy, medieval Japan, Moorish Spain, and back to present day locations. It represents, perhaps, a reflection of the writer’s own travels across Asia, in the past decade, searching for the sacred.

Those who loved “Satantango” and “War & War” will delight once again in the unparagraphed prose of endlessly revolving, implacable sentences, and in the unique narrative logic, because their “elasticity, if it can be expressed like that, is unbelievable” (to use the novelist’s own words). The stories articulate perfectly, albeit mysteriously at the beginning, just like the central ideas within them, while Krasznahorkai emphasizes the dependence upon past episodes by numbering chapters according to the Fibonacci sequence, where each number is the sum of the previous two. Still, the joints are so delicate, like those of a feminine deity, and so troublesome to dissect, that the moves of the whole organism might seem, at times, erratic and unexplainable; the transitions from the exalted to the commonplace, unnerving. Until the masterful plan is revealed, sooner or later: on the treacherous road laid out for him, where the pace is slow (sometimes unbearably so), the traveller-reader — lured by a vague initial promise of Eastern transcendence— becomes actant here, spectator there, confidant elsewhere, only to be suddenly banished to landscapes of hellish despair with the turn of a phrase, to experience Krasznahorkai’s own version of a Dantesque Bolgia. There, transcendence fails, or is aborted. As T.S. Eliot thought, in time “the world becomes stranger, the pattern more complicated.”

The master constructor’s display of erudition (in art, history, and religion) astonishes, though it is merely a pretext for exposing the reader to the one remaining alternative, the one path to redemption: beauty — strange, disquieting, unsatisfying, but ultimately pacifying. This beauty, its relationship with truth, and their perception by the fallible human psyche, become the underlayer upon which, chapter after chapter, a strange esthetic is built, a meditation with nuances of literary testament, unlike any other in modern literature, except perhaps Yourcenar’s “Oriental Tales”.

Beauty, be it bodily or artistic, comes at a price. It is divided into a myriad of facets, reprocessed by countless minds. In this resides part of its appeal. “..She flung, on the way to the shrine of Mithra, her unparalleled beauty out to the people; this was pleasing to the Great King, this magnificence and this dissipation, as, so to speak, she squandered the inimitable splendor of her own person onto those unworthy of it, this in particular enraptured the Great King, this insolent caprice, for he had not the slightest inkling of why Vashti felt an insatiable desire to be loved.” (“The Exiled Queen”). Born of desire, and desirous of the eternal, beauty often ends tragically, as Queen Vashti’s fate proves. Masterpieces such as Filippino Lippi’s painting of the story of Esther can be torn apart, disassociated from their original purpose, turned into objects of controversy. “The Life and Work of Master Inoue Kazuyuki” further underscores the intricate relationship between life and art, between beauty and art, intertwined but never identifying with each other, and offers a glimpse of what follows. Beyond beauty and the existential-meditative dance, the prospects are stark, heavenly stark: “. But he sees me as well, as I relate to him with earthly movements that there is a Heaven, that high above the clouds there is a Light that then scatters into a thousand colors, that there is, if he casts his gaze up high and becomes deeply immersed in his soul, a boundless space in which there is nothing, but nothing at all, not even a tiny movement like this one here, which now must slowly come to an end.’’

Traveling through Krasznahorkai’s time and space involves following a continuum, a Möbius loop, where the observer’s coordinates are of little consequence, but observation is crucial. This loop, however, delivers a powerful shock when it comes to an end. The artist narrator in “Kamo-Hunter “ watches motionlessly the Ooshirosagi, a white bird static and graceful as a fine sculpture, on the Kamo river. The exquisitely serene tableau is repeated again and again, but ultimately torn, without mercy and with the weight of a verdict, by these last words that portend an end to the sublime. “It would be better for you to go away this very evening when twilight begins to fall, and you should not come back if tomorrow, or after tomorrow, dawn breaks, because for you it will be much better for there to be no tomorrow and no day after tomorrow; so hide away now in the grass, sink down, fall onto your side, let your eyes slowly close and die, for there is no point in the sublimity that you bear, die at midnight in the grass, sink down and fall, and let it be like that—breathe your last.”

Living in this tormenting world, artists have no choice but to become prophets, or priests, or myths. In “The Preservation of a Buddha”, art conservation rituals and their hierarchies resemble, if not supersede, the religious discourse of the monastery where the sacred statue originates. No status, however, brings illumination, or satisfaction. All vantages are hopelessly limited and seem to function as traps. Upon the Amida Buddha’s return and veneration, the abbot cannot help but think “how fallible they were, how unworthy, how many mistakes, how many errors, how many times they faltered in the texts, how often the great drum beat at the wrong time, and above all how many wrong steps before the altar, how many uncertain and perplexed moments, from which they could not free themselves.”. Meanwhile, he watches an ant, its determined moves, its struggle not to be carried off by the wind. “Little ant, says the abbot, shaking his head, little ant in the deep crack of the step, forever.”

Imbued with a mesmerizing alloy of scholarship and human predicament, and, surprisingly, punctuated by humorous scenes and characters (who effortlessly meditate on the toilet, or, in attending the visitors at the Louvre, answer every question with a firm “Praxiteles”), “Seiobo there below” appears both ebullient and desolate. Krasznahorkai doesn’t explain Truth, Beauty, Existence, Death, or Hell. He provokes us to perceive them in their naked vulnerability, in this private theater of the arts that is our world, everywhere, at any point in time; prods us from the complacency of mundanity. A glimmer of hope? Perhaps. Seiobo, the goddess, the “Queen Mother of the West” appears at times. In the Japanese mythology, she cultivates a garden of peach trees that blossom only once every thousand years. Whenever one of these peaches is eaten, it brings eternal life. She, who embodies the enduring esthetic sublime, went— says Krasznahorkai— “there below”, to the realm of the mortals, in search of perfection. But it so happens that our Art cannot sustain, and our collective Hell repels the gods, and they flee. Our redemption is ephemeral. Art, as Kant asserted, might very well be an intersubjective experience. Yet our perpetual yearning for escape through beauty stays, and is all chronicled here, in the art of this book.