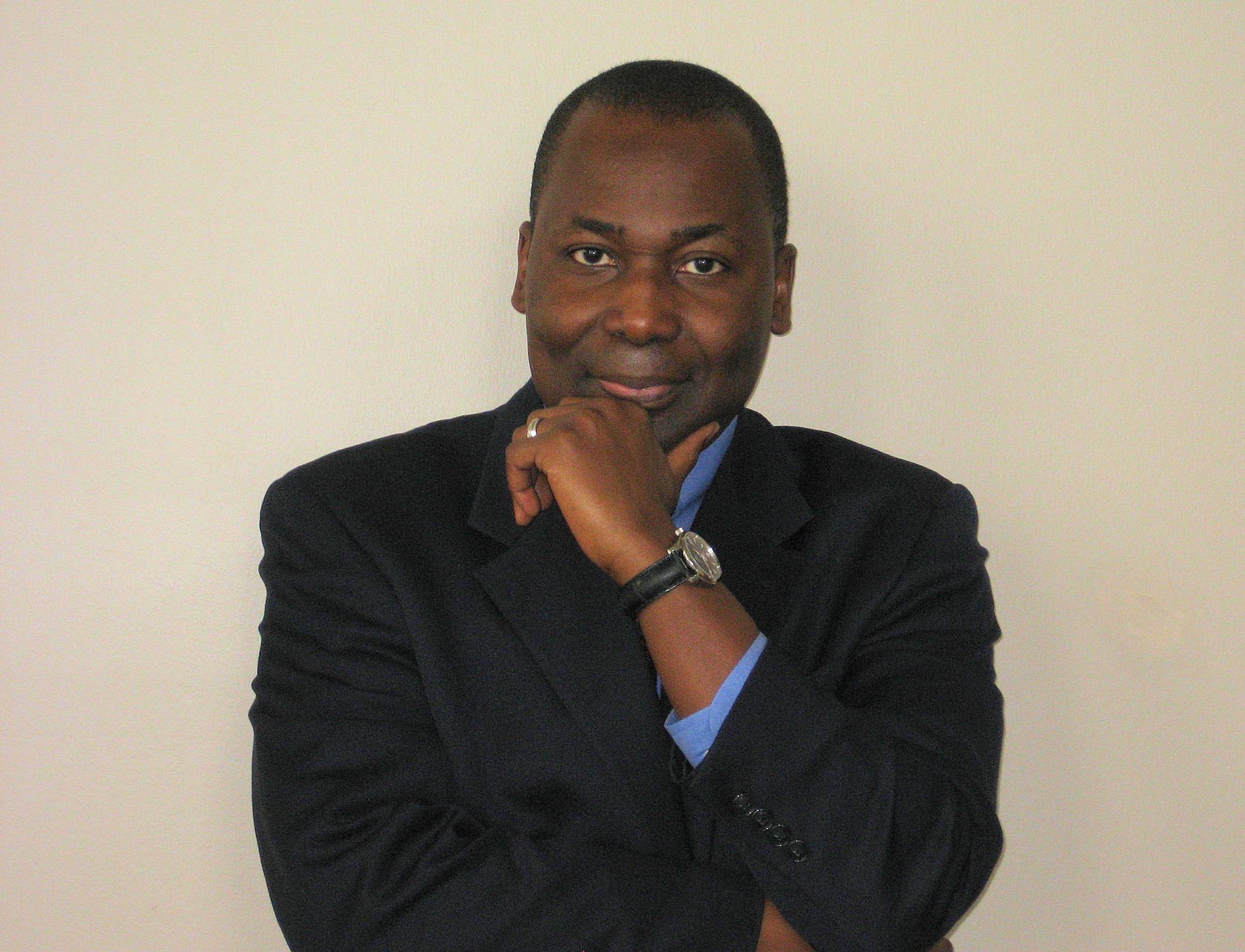 Benjamin Kwakye was born and raised in Accra, Ghana, where he completed high school and mandatory national service.  He went on to attend Dartmouth College and Harvard Law School respectively, after which he completed and published his first novel, The Clothes of Nakedness.  The novel won the 1999 Commonwealth Writers Prize for Best First Book (Africa Region) and has been adapted for radio as a BBC Play of the Week. For a while, he was Resident Novelist of Window to Africa Radio and Afriscope Radio in the Chicago area.  His second novel, The Sun By Night, won the 2006 Commonwealth Writers Prize for Best Book (Africa Region).  Kwakye’s third novel is The Other Crucifix, winner of the 2011 IPPY Gold Award for Adult Multicultural Fiction. He is also the author of a collection of three novellas: Eyes of the Slain Woman. A fourth novel, Legacy of Phantoms, and an epic poem, Scrolls of the Living Night, are being published in 2015.  He is a director of The Africa Education Initiative, a non-profit organization dedicated to promoting education in Africa. Kwakye currently lives in the San Francisco Bay area with his family, where he works as legal counsel.

Interview carried out by Jack Little in June 2015.

Published in The Ofi Press issue 43.

1. Corruption is a key theme in The Clothes of Nakedness. Do you think that literature has a role to play in fighting social injustice?

I believe so.  A number of great writers have been persecuted because of the content of their works and the concern over what social changes their works could effect.  The great writer Ngugi wa Thiongo comes to mind.  He has been jailed, assaulted and forced into exile on account of the power of his writing.  They are many others.  It is also believed that John Steinbeck’s Grapes of Wrath put such a spotlight on the lot of migrant farmworkers that it helped lead to a reform of labor laws.  You only need to look at books that are banned under authoritarian fiats to see that many agree with this.  I think it is more difficult in recent times as literature increasingly competes for attention with other forms of entertainment, but literature still has a place and societies that don’t read become more susceptible to manipulation.

2. What do you feel is the most important marker of your identity and how does this impact upon your writing?

I should probably leave that to others because readers are more entitled to make that call in the context of the writer as a public persona.  If there is any guide at all, it is that I often seek to explore issues that affect us in ways that encourage us look into a magnifying mirror and see blemishes that may have gone unnoticed or been taken for granted.

3. You live very far away from your country of birth. How has living in another continent changed you as a person and your perspective of Ghana?

It is a priceless experience.  It can be difficult to adjust to life outside of your home country, but it eventually helps you to grow as a person and to facilitate interactions with people of myriad backgrounds.  The world is truly becoming more of a village and I think understanding others could help bridge many of the divides that lead to conflict in various parts of the world.  With respect to Ghana, this may sound clichéd, but I think it’s true that living outside a place helps you appreciate it more from an objective standpoint and also provides that healthy detachment that helps you see its blemishes a little more clearly.

4. Have you had a mentor in your writing career? If so, please tell us about your relationship with that person.

I can’t say that I have had a mentor per se; rather, I have been inspired by a number of writers, some of whom I‘ve been privileged to know personally.  Growing up, I was inspired to aspire to writing by the works of Africa masters like Chinua Achebe, Wole Soyinka, and Ayi Kwei Armah.  In recent times, writers like Kofi Anydoho and Ama Ata Aidoo have been very encouraging.  I am very grateful.

5. When did you decide that you would make the leap to become a professional writer? Was it a process or series of moments?

It was a process.  As a child, I was strongly encouraged by my parents to read and write, and I was surrounded by books. This engendered a great love for literature at an early age.  I was encouraged that I could also become a writer when I encountered the works of African writers like Armah and Achebe.  I can’t emphasize enough the impact of their works in helping me to pick up the pen.  I started slowly, perhaps experimentally, with poetry and edited a poetry journal in college.  That gave me even greater encouragement, perhaps courage, to write.  Then after law school I wrote my first novel The Clothes of Nakedness.

6. Are there any new African authors who you could recommend to our readers?

I am very encouraged by the talent on the continent.  I was in Ghana last year and had the opportunity to meet a number of younger writers.  The talent blows me away.  There are a number of them I would recommend, but readers can start with writers such as Martin Egblewogbe, Kgebetli Moele, and Taiye Selasi.  I encourage readers to read more African literature.  It is rich and vibrant.