The British Labour Party: Past, Present and Future. 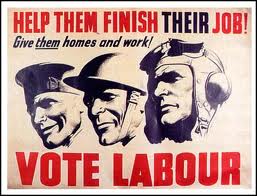 It has never been easy to place the British Labour Party politically. Under Michael Foot’s leadership from 1980 to 1983, it was probably the most left-wing of the European Socialist parties. Under Tony Blair’s leadership, surely it was furthest to the right. I have just described it as a Socialist party, but with the abandonment of Clause IV of its constitution in 1995, it is technically Social Democratic rather than Socialist. Before it adopted this clause committing it to nationalization in 1918, it might be characterized as a working-class party, pure and simple. This generally remains true today, except that a large section of its activists and, especially, the parliamentary party consist of professionals. Perhaps a more ‘negative’ definition hits the mark better. It is not an Establishment party or a party of notables. Nor is it revolutionary or theoretically-minded. It is a movement and a political party, but its relationship with the trade unions is seldom trouble-free.

Since it is difficult to pin down, a look at the party’s history may be a good way of explaining it. The Labour Party began life in 1900 as the Labour Representation Committee. It was founded by the Trades Union Congress and Socialist societies such as the Fabians, the Independent Labour Party (itself founded seven years earlier) and the Social Democratic Federation. It took the name ‘Labour Party’ in 1906, after securing 29 MPs in the House of Commons in the election of that year. Its MPs were beneficiaries of an agreement with the Liberals, whereby the larger and older party refrained from fielding candidates against it in certain localities. In return, Labour did not field candidates elsewhere. The agreement was known as the Gladstone-MacDonald pact (1903). Herbert Gladstone was the Liberal chief whip, and the son of the legendary British prime minister, William Ewart Gladstone. Ramsay MacDonald, along with Arthur Henderson, became a pioneer of Labour politics, and largely put the party on its feet in his early days as secretary. He served as Labour’s first prime minister in 1924. After a second spell in 10 Downing Street 1929-1931, he ‘betrayed’ the party by continuing as prime minister of a coalition government in which Labour did not participate. Therefore, despite his momentous efforts in creating Labour as a viable alternative to the capitalist parties, he has no honour in the party today. The enemies of Tony Blair within Labour have likened him to MacDonald, but a crucial difference is that Blair always took his party with him on policy. He received overwhelming support to change the party’s constitution, and when he went to war on Iraq without a legal mandate, the measure was supported by enough Labour MPs in the division lobbies to make Conservative and Liberal votes irrelevant.

A lot of Blair’s success as Labour leader stemmed from the fact that he was able to win elections for the party. He became the first ever Labour leader to serve two full consecutive terms as prime minister. Before Blair took charge of the party, Labour had lost four elections in succession. He also seemed different from everything that had gone before him. Where previous leaders, including the moderate Neil Kinnock, talked about Socialism, Blair talked about a ‘dynamic market economy’, i.e. one in which jobs would be created and destroyed all the time. His ‘New Labour’ brand was designed to emphasize this difference. Blair turned up at a meeting of the Socialist International with a proposal that the organization should change its name. But the practical policies were not completely divorced from what had gone before. Labour had never totally rejected the market economy. In its early days it had wanted to create a better life for its followers through legislation and economic measures. It only started criticizing the market economy explicitly in the 1930s and 1940s under Clement Attlee, and even then was vague about what should replace it. Of course, there was the nebulous idea of Socialism-- a goal which the party has seldom focused on or thought attainable. Socialist pie in the sky has instead acted as an excuse for why its economic policies have remained orthodox. This is linked with the idea of the Fabian Society that Socialism will come gradually and by permeation, not by a violent overthrow of the existing order.

The greatest achievements Labour has to show for itself were passed between 1945 and 1951 by Attlee’s governments. The National Health Service was set up offering medical treatment free at the point of demand. The Commanding Heights of the economy (coal, steel, gas, electricity) were nationalized, ushering in an economy where the State would play a leading role. National Insurance was put at the heart of the welfare state, offering social benefits from the cradle to the grave. Employees got new rights in the work place, such as extended sick leave. India received her independence in 1947, beginning a process of decolonization. It is entirely possible that the Conservatives would have failed to implement many of these developments, had they continued in power after 1945. Britain would have been a more capitalist country, and several generations would have been deprived of the advantages of living in a welfare state offering safe conditions and the chance to get on in life.

Ed Miliband became leader in 2010, narrowly beating his ‘New Labour-like’ brother David to the top job. Miliband faces an uphill struggle. In the election of that year, Labour got merely 29% of the votes, a smaller percentage than at any time since 1983. Unlike Blair, who could rely on the support of most newspapers, including the conservative The Times and the influential The Sun, Miliband is opposed by a chorus of hostile media. He was successful in the leadership contest with the help of large trade unions, who mobilized party members on his behalf. This means he may choose a ‘traditional’ Labour approach to policy, instead of a ‘modernizing’ one. In a sense, British politics is back to where it was in the 1980s; there being ideological space between the parties. Labour is aided by the economic recession, which voters will probably blame the current coalition government for. This downturn is accompanied by cuts in public spending, job losses in the public sector and less generous state pensions at a higher qualifying age. But Labour is just one party, and its two capitalist opponents have been able to work harmoniously together. At the next election, Labour may have to get an outright majority in the Commons to stand a chance of governing. Because the government is in charge of making boundary changes to the electoral map, Labour will probably need well in excess of 40% to achieve this.

The rise of neo-liberalism since the 1970s has left Labour parties everywhere bereft of ideas. Its opponents have set the ideological agenda, and Labour has seemed unwilling to challenge it. Its claim that it can level the playing field so that capitalism actually works better, does not seem convincing. In Britain, Sure Start is a programme of care and extra education for vulnerable children, and the so-called New Deal and working tax credits aim to help to find employment for young people, single earners and low-income families. The last Labour government also set up a form of independent schools called academies, which may be started by churches, charities or businesses. The rationale is that they potentially offer free education that is better than what the State can provide. However, these reforms only help the target groups to perform better in competition with others. The idea that ordinary people can compete for life opportunities against the privileged as a result of these changes, is not credible. Moreover, with the current coalition introducing very high fees for university courses, unless Labour can reverse these forthwith, social mobility through education will have been cut off for working-class youngsters. With almost no manufacturing industry in Britain since the 1980s either, the outlook for the bottom third of the population is a particularly bleak one. Labour still believes in social justice, so here is a task which it should take in hand even now when it is in opposition.

The future of the Labour Party is uncertain. There is nothing new in that, and as early as 1909 Ben Tillett, a trade unionist and politician, published a book called ‘Is the Parliamentary Labour Party a Failure?’. In the aftermath of MacDonald’s defection and the bitter losses of the 1931 election when Labour was decimated, the question was asked again. Perhaps it entered the minds of some in 1992 too, when Kinnock surprisingly lost the election. Both Harold Wilson (leader 1963-1976) and Blair wanted to make Labour the ‘natural party of government’. Their prescriptions varied, but a Labour leader who manages to develop an ideology and outlook which is distinctive, and which resonates with the vast majority of people who are not rich, has the best chance of anyone of achieving this.

David Redvaldsen was until recently a Teaching Assistant at University College London. He was Lecturer in Social Science (History) at Finnmark University College in Norway 2008-2011. He is the author of The Labour Party in Britain and Norway (London: I.B. Tauris, 2011), for which further details can be found by clicking on the link below: