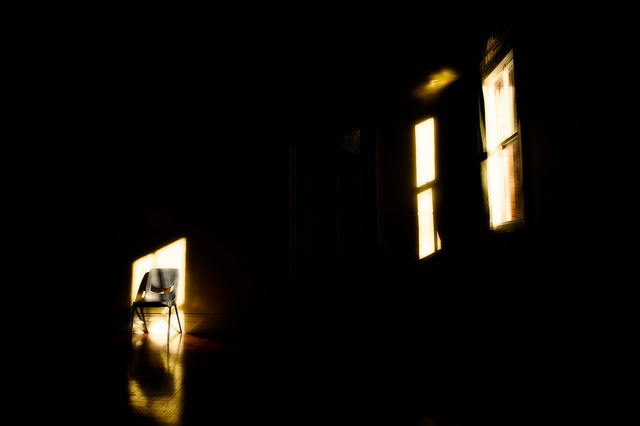 You couldn’t argue with him.

“Ma lived to 91 and didn’t do her no harm.” This scorn followed by a cough that would have torn most people’s windpipes. Not his steel lungs though, tarred to Teflon coating.

Cleaning up after him was a crappy job. To describe the rooms of his bungalow as festering alveoli would be too artistic. Clearly the place had been something, once. Now, it was little more than an expansive dump.

Every week, I had five minutes of near-gagging before my throat adjusted to the smell of jaundiced wallpaper and stale piss. And the way his yellowed fingers flicked ash at my feet just as I was leaving, so I’d have to fetch the vacuum again and re-hoover! I went home with my old coat freshly lined with nicotine and bile.

Only one thing kept me going – the extra twenties snaffled from his secret stash. Secreted away inside so many nested boxes, the notes still smelled clean! Yes, I guess it was kind of stealing, but I figured he owed me, and it was small enough price for being the butt-end beneath his boot.

If he suspected, he never showed it. After seven girls from the agency, maybe he knew an extra twenty was nothing to his luck in not losing me.

As it was, I still damn near left. But, mopping the kitchen floor, I’d hear the rustle in my pocket, think of Evie’s new shoes. Every time I heard him spit, or a cup splintered on the wall beside my head, I’d imagine him already dead – his dissected brain like mustard piccalilli, or congealed phlegm clogging up the coroner’s sink. I wondered too, if anyone else knew about the cash…if, when he went, I could sneak in fast enough to claim the rest.