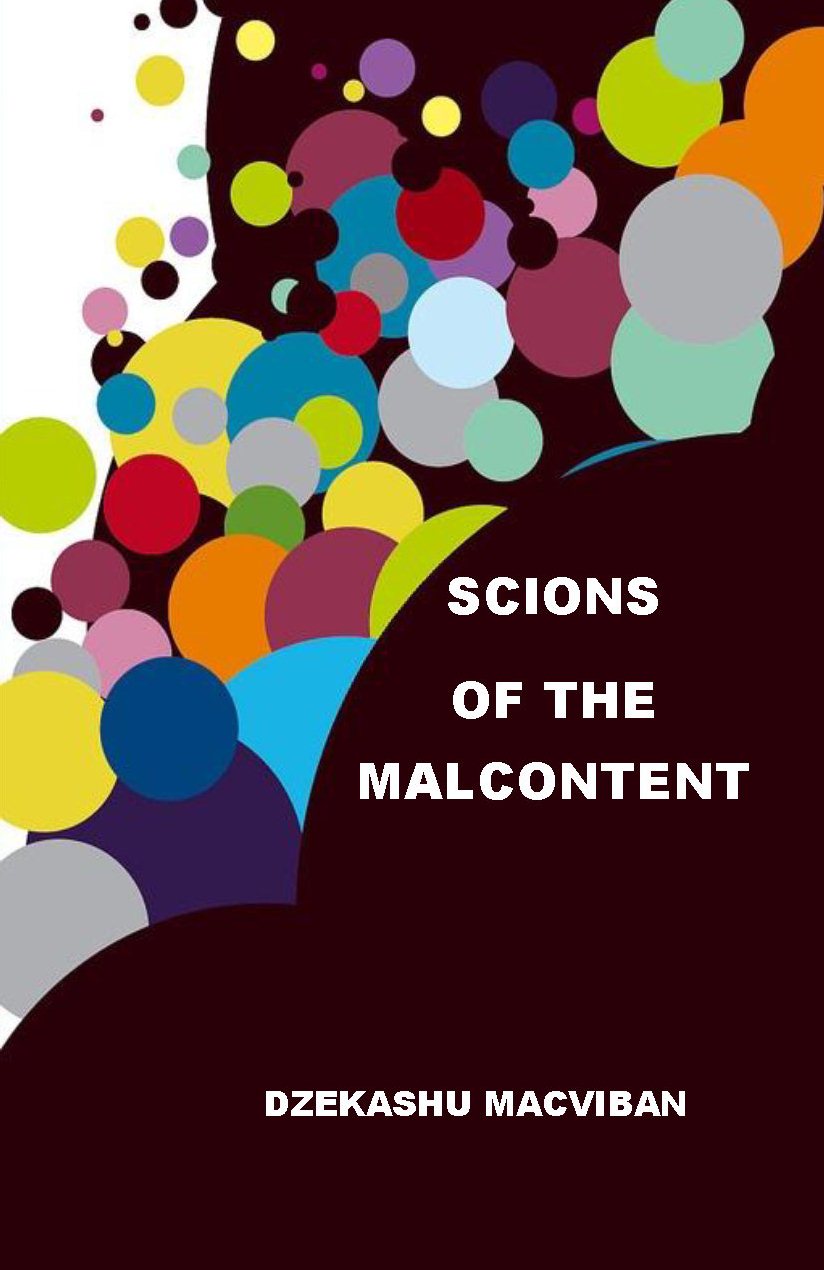 Scions of the Malcontent is a compelling collection of poetry from young Cameroon writer Dzekashu MacViban. With turns and twists, we find conflict and longing, for instance in the poem below.

The love fell, a petal at a time

The scene, as seen behind innocent eyes

Could not come to terms with the harvest of thorns

Worsened by the horror of taking sides.

The book also deals with social issues riddled throughout with religious images. The poet asks will God be Africa’s saviour?

And take into their hands – the Power-

Give a dog a bad name, then hang it.

Thy throne’s thy grave...

A young snake kills its mother

Yet, it ain’t different

As a dishonest saint replaces another

Is this our fate until the Second Coming?

Macviban further explores the turmoil in his country through the poem The Mendicant of Yeruwa.

Water is blessing to this baked earth

Armed for the feats of Tabasky

Mark how even the Joshua tree observes

Out of depth of a threadbare bag

The seed has been sown

A positive move plunges him into reveries

Of his troubled dawn

Punctuated by showers of Allah’s benediction

The contrary unleases his forked tongue

Which slices the air, the heart too

With his army of flies.

Dzekashu MacViban was born in Yaoundé and holds a degree in Bilingual Letters from The University of Buea. He is currently a post graduate student in The University of Yaoundé 1, and his work has featured in Aaduna, StoryTime, Palapala Magazine, Saraba Magazine, African Writer and Songs for Tomorrow (Cameroon Poetry in English). The Ofi Press and Bakwa Magazine (edited by Dzekashu) are currently collaborating on a cross cultural project promoting West African poetry in Latin America and vice versa). http://bakwamagazine.wordpress.com/

[i] Yeruwa is a quarter in Garoua, Cameroon.