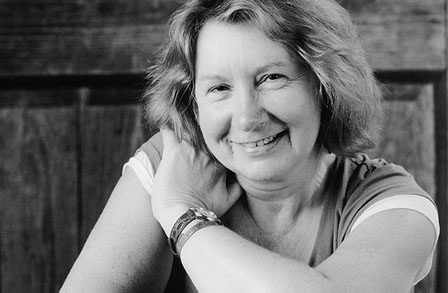 Her first published poems appeared in two pamphlets, Single Ladies: Sixteen Poems and Portrait of Joanna, in 1980, the year in which she received an Eric Gregory Award. In 1981 she co-published Trio Poetry 2 with fellow poets Damian Gorman and Douglas Marshall, and in 1989 she collaborated with Nuala Archer on Two Women, Two Shores. Medbh McGuckian's first major collection, The Flower Master (1982), which explores post-natal breakdown, was awarded a Rooney prize for Irish Literature, an Ireland Arts Council Award (both 1982) and an Alice Hunt Bartlett Award (1983). She is also the winner of the 1989 Cheltenham Prize for her collection On Ballycastle Beach.

Medbh McGuckian has also edited an anthology, The Big Striped Golfing Umbrella: Poems by Young People from Northern Ireland (1985) for the Arts Council of Northern Ireland, written a study of the car in the poetry of Seamus Heaney, entitled Horsepower Pass By! (1999), and has translated into English (with Eiléan Ní Chuilleanáin) The Water Horse (1999), a selection of poems in Irish by Nuala Ní Dhomhnaill. A volume of Selected Poems: 1978-1994 was published in 1997, and her latest collection is My Love Has Fared Inland (2008).

She was awarded the 2002 Forward Poetry Prize (Best Single Poem) for her poem 'She is in the Past, She Has This Grace'.

Interview carried out by email by Jack Little, (UK/Mexico). Published in The Ofi Press Issue 37.

1. How does your identity as a female poet from Northern Ireland impact upon the themes of your poetry?

I guess the place has had the greatest effect being so narrow and dangerous almost impossible to live here as female never mind as a poet. I find the identity of poet that I continue to strive for heals my sense of inadequacy as a woman and my sense of disenfranchisement as a citizen of such a parochial environment. I have written a lot on the terrible history of Ireland from which we now seem to have been detached.

2. Do you think poetry can make a positive change in society?

I think poetry helps those who write and read it but given the  materialism of society it has little force there. People like Seamus Heaney help to encourage faith in it but it is more useful as an individual source if consolation.

3. Does religion and faith impact upon your work?

My religion and faith are vital in all that I write I find that no one write the poem really it gets written. Poetry as a process and when I read the best poems enables my survival my hope in meaning.

4. What does poetry do for you?

Writing poetry makes me stronger gives me a way of understanding our lives makes words not just tools of information but formations of images that colour the mind and fill the heart.My brother has just died so poems at the minute are ways of keeping touch with him on his journey. He does not need me but I him. So the next next book will I am sure follow him as far as possible.

My next book is for the Great War centenary and the centenary of the 1916 rebellion in Dublin.