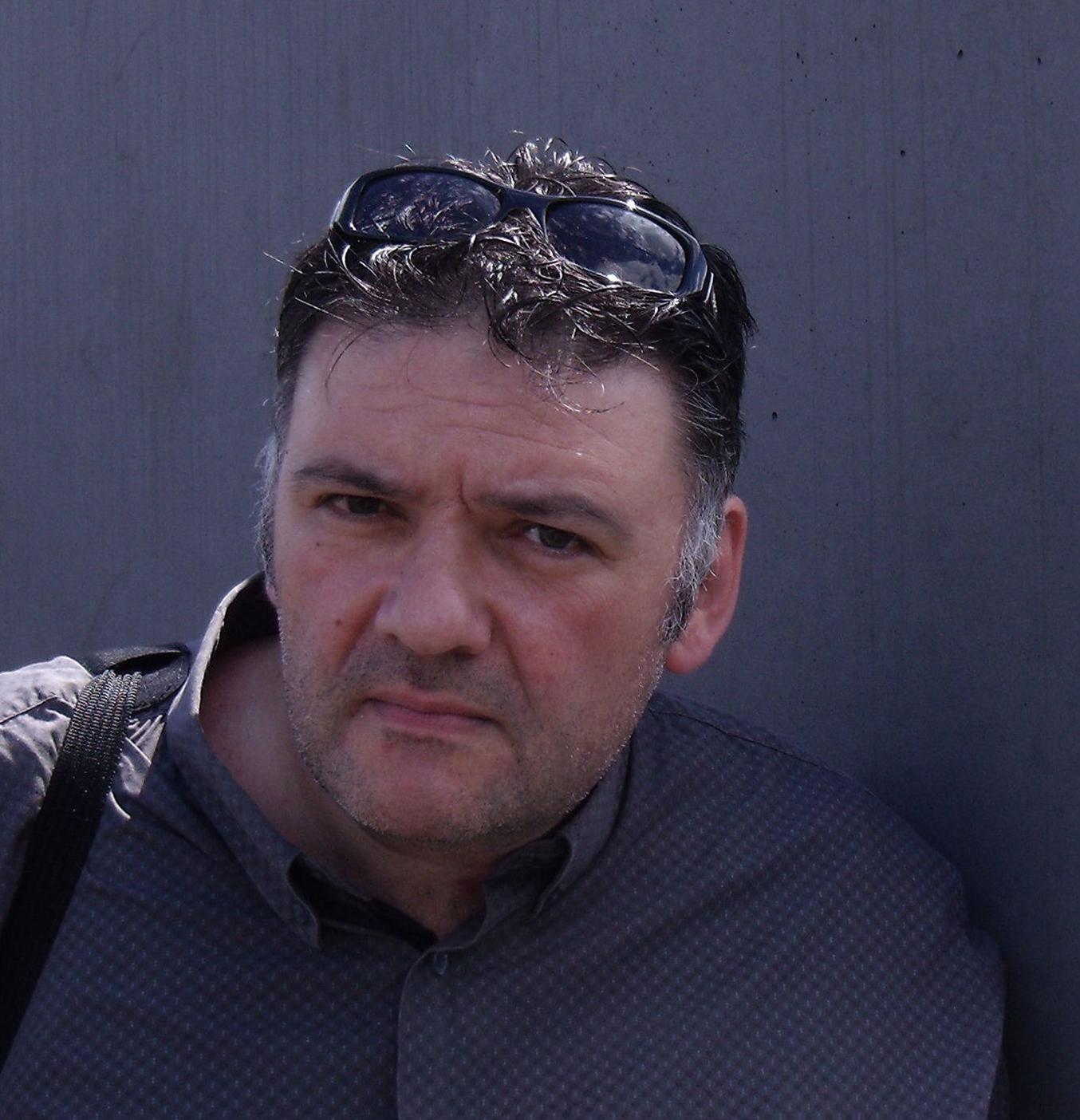 Immanuel Mifsud (born September 12, 1967) is a writer of poetry and prose, born in Paola, Malta. He was for a time involved in research theatre. He wrote six collections of short stories, six poetry collections, and also children stories. In 2011, he won the European Union Prize for Literature for his book Fl-Isem tal-Missier (tal-iben).

Interview carried out by Jack Little by email. Published in Issue 18.

1. You spent a lot of time working in theatre in the past. What are the crossovers between writing poetry and acting? Does doing one help the other?

Actually I never acted. For a number of years I worked with experimental theatre groups, starting with writing a couple of scripts for an avant-garde group which was very political at those days. I started attending a course in script writing and theatre direction at the national theatre academy but I never completed it because I was feeling quite frustrated with the way things were done. My short experience in mainstream theatre left me equally frustrated so I started my own group and that is when I started to become accustomed to physical theatre. That was the time when I discovered how the human body is in itself a poem, or poetry. My theatre work was always very poetical: I wrote poetry on my own, but I directed  poetry with others. When you work with your own group, the experience becomes very intense, theatre becomes a way of life.

2. The left leaning press have dubbed some of your short stories as “filth” and “pornographic”. How would you describe them?

I was very – but very – disappointed with the left leaning press. I never expected to have such comments from that quarter. But so it happened. Nowadays they are more cautious and they do appreciate they were mistaken, though they never said so publicly. ‘Disturbing’ is the term I would use for those stories. That much I’m ready to admit. Because so far I believe writers need to disturb their readers.

3. What led you to write your book for children, Sleep My Love, Sleep?

That collection was never planned. When our child was born, my wife and I took turns to stay up the nights with him. When it was my turn I started improvising little lullabies and at one point I realised I had a small collection of them. My publishers decided to go for the project, they got on board one of our prominent illustrators and Orqod, Qalbi, Orqod (Sleep My Love, Sleep) was published as a very attractive book. A few years before the lullaby collection I had published some very short stories for pre-teens, and since then I have starting pulishing a collection of fables from all around Europe. I don’t think of myself as a children’s writer since I do not do it full time. But I do feel the need to enter the realm of childhood sometimes.

4. Do you find your poems have different personalities when you write in Maltese and in another language?

I write only in Maltese: it is my native language and was brought up in a Maltese speaking home. I was blessed to have two very good translators into English, who happen to be friends of mine, who have done wonderful translations. Maria Grech Ganado, a bilingual poet herself, translates my poetry, and Albert Gatt, with whom I have been collaborating for over ten years, is the perfect translator for my prose. What some people have observed is that there is a difference between my poetry and my prose: a different mind frame. My poetry tends to be very intimate, very erotic at times. I compare it to tango: a blend of melancholy and eroticism. As for my prose, it is many times angry and violent.

5. Do you prefer poetry online or in print? How do you feel about the changes going on in publishing in the 21st Century?

Well, I think of myself as a very romantic person, confused with the radical changes my society is going through mainly because of the rapid changes brought about by technology, and caught in nostalgia. I’m all for online and e-publishing, as long as it is good stuff which is being presented. I’m quite wary of the false idea that anyone can be a poet or a musician or a painter which is being propagated by online self publishing though. Not everyone is or can be a poet. Call it snobbery if you like, but nothing is going to change my opinion on this. Just because anyone can have a blog or an online publication does not mean that anyone is a good writer. Far far far from it.

6. Is poetry a lonely business?

Its production is very much so. At least in my case. But then, what worth has a poem if no one else but its writer reads it? So I would say it is a lonely business in search of companionship.

7. What about the future of humanity? How does it all look for us?

I think it looks pretty much the same as it looked for previous generations. Philosophers in ancient Greece were already complaining about their young generation, predicting a gloomy future. Despite all the great changes, the basics have remained pretty much the same. There is always some action prompting a reaction to it, and it goes on like that I suppose. Or maybe this is too simplistic a view of life. I tend to think very little about the future and a lot about the past. In my view the future of humanity is similar to its past. However, I am no prophet so my prediction might be totally wrong. Because, if you allow me to contradict myself (something I do very often), we can hardly record the past, let alone predict the future.

Poetry is... something I cannot define.