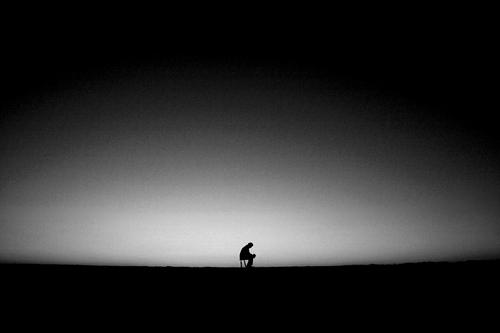 The thing to do after cheating is to shut up about it. You’ve probably been quite circumspect up until now, arranging meet-ups and phone calls in secret, generating covert Facebook accounts with passwords etched so deeply in your psyche you’ll never have to write them down.

And you expect something small like that will give you away, something physical you’ve forgotten--a receipt scrunched in your back pocket, a tube of unfamiliar lipstick, dinner purchased on the wrong credit card, her panties kicked under the sheets at the foot of the bed. That’s how it would happen in a Lifetime movie (trust me,

I’ve seen them all), but more than likely your wife will find out when somebody tells her.

It might be her friend Vanessa who heard it from someone at the bank. Or one of your own friends could spontaneously grow a conscience. Maybe you’ll tell her yourself. Because you’ll feel sorry, so awfully sorry, and telling her is the only way to banish the guilt. Or maybe one night when you’re driving home from Vanessa’s party your wife will lay into you for ignoring her all evening, and you’ll listen and keep listening until you snap and tell her everything. “I fucked her,” you’ll say. “What do you think about that? I fucked her and I liked it.”

The thing to do after cheating is to put it behind you. The thing to do is to understand you are fundamentally the same person you were before the infidelity. The thing to do is to redouble your efforts to make your marriage work. Because it’s a good marriage. Or it was. It was good on your honeymoon, when the two of you sipped pineapple-rum-based drinks on the patio of the largest hotel room you had ever seen, and a salt breeze blew in from the Bermuda coast, and for some reason you were captivated by the way her red hair swayed as she laughed, and you looked at her and told her you’d never been so happy, and you didn’t just say it to be romantic. You meant it. You were happy.

The thing to do after cheating is to remember how to enjoy living again. Powerful forces--inertia, global capitalism, the Lifetime Movie Network--have conspired against you. But you can beat them. You can turn off the TV and look into her eyes. You can talk about ideas, if you still have any. You can spend time with your wife. You can take her camping. Maybe she’ll go. You can sleep with her under a dome of stars.

You can change your life. You can quit your shitty job pushing credit cards at the bank, where you spend hours instant messaging the secretary downstairs and fantasizing about fucking her in the vault on a pile of other people’s money. You can wave goodbye to your coworkers who hate their lives as much as you do but are afraid to leave because the economy sucks and what would they do? What would they do? And you can flip off your boss, the pale one with the spots on his forehead that look like cancer. You can grab him and kiss his cancer spots on the way out the door, on your way to a new life of noble poverty and adventure.

But you won’t. You’ll stay shackled to your cubicle. You’ll fill out paperwork. You’ll mire poor people in debt. Your hard work will earn a promotion for cancer-face.

And you’ll go home to your wife who is equally exhausted from her own soul-sucking job. You’ll spend hours ignoring each other. You’ll prepare separate dinners in the microwave and eat them on opposite ends of the couch while watching Lifetime movies. And when you can’t take it anymore you’ll retreat upstairs to Facebook and a dark room. You’ll jack off to a picture of the secretary, or what she represents--a new life, a better one, with passion and intensity and sex.

Anyway sooner or later you’ll spill your guts in the car after Vanessa’s party. And there will be silence. And muffled sobs. Enjoy it, because later there will be screaming. And amid the worst you will notice how her green eyes, which are usually glassy from television, have come alive with a fire you haven’t seen in ages, and you’ll watch her hair sway as she yells ugly words at you--while she digs through the closet, throws everything in suitcases--and you’ll remember how it always sways like that, and you’ll want to laugh but can’t, the scene is awful and you can’t, and she’ll say “I’m going to mother’s,” and you’ll say “Your mother is a cunt,” and it will be all over but the lawyers.

You will feel fine at first. You’ll look forward to fucking the secretary and all the free time you can spend doing ... doing something. And weeks later you will be awake after midnight, and you will be drinking but not drunk, not drunk enough, and you will play your Xbox in your underwear. Beside you will be a half-eaten bowl of Cheerios. You will catch your reflection in the warm milk. You will wonder why you are crying. The thing to do after cheating is to learn to be alone.

Alex Miller is a newspaper editor on the Big Island of Hawaii. He wonders why people live anywhere else.