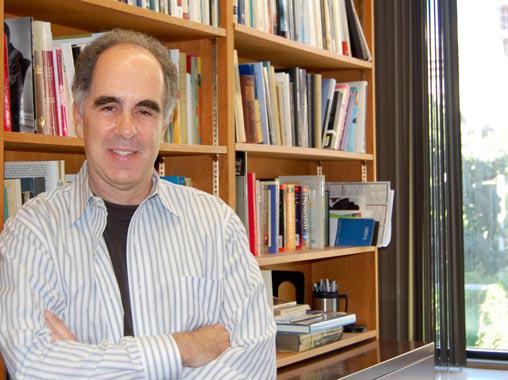 2 Poems from The New Measures

The Book to Come

Each page in this book is first. Each rebegins

everything the others had decided

once and for all—“Behold, I make all things new”—

and happy, forgets the others

ever were. It sets out at naked dawn

in culpable but perfect innocence,

joys in the terror of stumbling on alone,

grows sick of the perpetual recurrence,

the endless concourse of fresh days: nothing

but uninhabited wealth and being free

and needing to make it a world. Each longs to be

one worker among many, a happy piece

in a progress—longs for a mature

continuity, a classic harmony of measured

and the pure sums added, the clear results

amounting to a city held in a single glance.

The first and simplest things were best.

Light, and then darkness and wind.

Water, which is light with darkness

for its body and wind

for its blood and action. Then trees

arise on its banks: complex things

a whole earth, but staying where they are,

at home to pay homage to the simple.

Trees arise and are unformed song,

whether sound when the air stirs

or the rhythm of their standing side by side

in silent black or bright. Next comes one

traveling, eager, a dread of what comes next,

who stops under them awhile,

imagines their lyrics, and imagines

himself abolished in simplicity.

As Blood and Breath

That which lives as blood and breath.

As bread and breath...

that burns me up without wounding me

into my deepest wound and saw your splendor)

making my body my body and

a space in transparency: shape

the reason for being of shape:

that the light loves it? It says love in me

so that I can understand me.

as I die here, song

in the imagination of a death in the desert,

my death, my imagination, in my room. Here

the window of my vision of the street

is draped in its flowing current, curtain white and green,

that blow and sway

around the opened square of space I see and are locks

around your face so the air

entering my room, my death, my song

The Progress of Love

The world came to me

in a long unbeginning and unending undulation

of sweetness enclosing everything

and turning into another.

Then I met you and saw my childhood

had been your body.

Next I was told your body is

a heap of heaps of sand, a collision

of accidents, a collection, an abyss of gulfs.

Then they kissed me in your voice

and the only nothing

was when you took yourself away,

on a strict scribble.

The darkness where a man falls forever

in your sex was the cave

that gave the adventurer an uncontrollable gift.

It spoke, walked, walked away, and held the horror

of the earth in your beauty again.

A. F. Moritz’s The New Measures received the Raymond Souster Award of the League of Canadian Poets as best book of 2012, and was a finalist for the Governor General’s Award. Moritz has written sixteen books of poems, and his work has received the Griffin Poetry Prize, the Guggenheim Fellowship for poetry, the Award in Literature of the American Academy of Arts and Letters, and other recognitions.