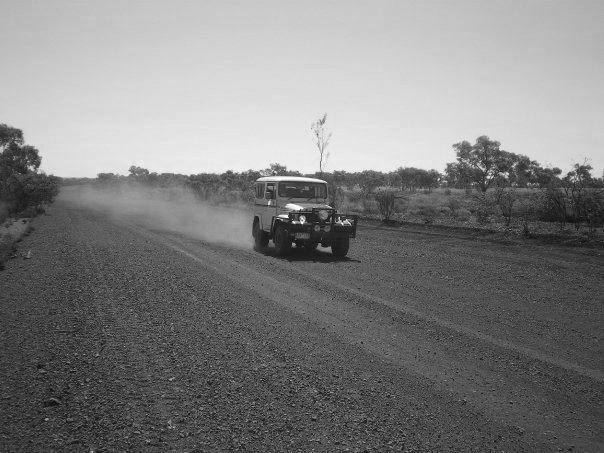 The siren of the hearse wailed non-stop as the convoy left the tarred road and took the dirt track to our village. I wondered why Uncle Uche could not make out the potholes. I almost forgot as he veered our jeep to the right, then to the left that he was unacquainted with this particular route. I recalled Daddy’s statement last Christmas—when we visited home—that politicians connived with contractors to embezzle the money meant for infrastructural development. In Mummy’s words four months after Christmas, it was a road similar to this one that sent Daddy to Paradise too early. It was three weeks ago that Mummy told me this. She had come home and sat on the futon like a statue for hours. It was so unlike her, my jovial Mummy. Then I asked her about Daddy and she broke down and wept and said, ‘He has gone to Paradise’.

Now Daddy lay in a coffin in that black-night hearse which followed our jeep. Mum had wanted us to sit in the hearse beside the driver but Daddy’s people had refused. Other cars in the convoy that had Mummy’s sympathizers, Daddy’s friends and relatives followed us.

Suddenly we heard a screech of car tyres. Two cars in quick succession overtook us from the right side and galloped ahead of our jeep towards the village. The occupants were Daddy’s people. I had come to dislike them since the news of Daddy’s death. I noticed that some of them eyed our jeep when their cars passed.

Uncle Uche cursed and said, ‘Let’s wait and see’. He had repeatedly said this since these weeks of harassment and haranguing by Daddy’s people. He took his cell phone from his pocket. After a while, I heard him say, ‘Hurry up you guys’.

I watched his grim face as he looked ahead and bit his lower lip. He always bit his lip whenever he got angry.

‘Take it easy, Uche,’ Mummy’s husky voice whispered. I was sitting on her lap while she sat next to Uncle Uche. With both hands she held me close to her chest which heaved intermittently. When she moved her right hand to pick her handkerchief from the dashboard to blow her nose or clean her eyes, she would still hold me with her left hand.

I felt everything Mummy felt. Sad, frightened, hopeless and lost. She loved Daddy so much. I also did. It was sad his brothers said Mummy was his killer. It was frightening, learning from Daddy’s people that Mum would be forced to drink water from Daddy’s corpse to prove her innocence. It was frightening to hear that her hair would be forcefully shaved and I, the only son, at the age of seven, shall be given away to Daddy’s brothers. There would be no future for us after the burial because Daddy’s people planned to share all he had left for us among themselves and send Mummy back to her people. We were indeed lost.

Finally, our jeep arrived and stopped at the front of Daddy’s newly painted two-storey building. Mummy held Uncle Uche and I held her. Daddy’s female cousins were at the door. They flung it open. They all wore white T-Shirts with the inscription, Adieu Brother. They tore us from Uncle Uche and pulled me away from Mummy. Then I saw Daddy’s coffin as his brothers pulled it out of the hearse. I heard Mummy screaming. And I could not bear it. I had lost Daddy. Why should I lose Mummy? They had removed her scarf. Her hair looked disheveled.  I fought to be let alone, to reach her.

The women who held me told me not to worry, that I will be well taken care of. But I would not hear this. I want my Mummy. I just want to stay near her…

And suddenly this hopelessness ended. I was back in Mummy’s arms before I knew it. Uncle Uche’s colleagues had arrived in hundreds in their uniforms, and with arrest warrants. Mummy’s accusers let her alone and kept mum.

The burial was solemn and we were allowed to weep peacefully at Daddy’s graveside.

Chiaka Obasi lives in Nigeria. His works have been published in Saraba Magazine, transculturalwriting.com, Fast-forward press volume 2, protestpoems.org, Itch magazine and Pif Magazine. His unpublished work got an honourable mention in the 2009 ANA/Lantern Book Prize for children’s fiction.