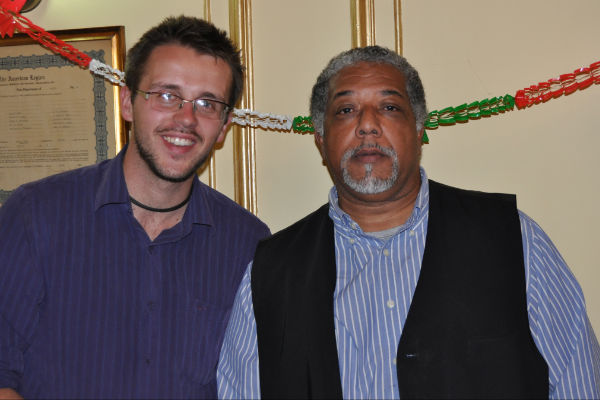 Two poets first met nearly four years ago at a bazaar at the Anglican Christ Church in Colonia Las Lomas, Mexico City.  Their conversation began with cricket and then photography until they both realized they had a mutual love of literature and particularly poetry. An English chap named Jack Little and Luis Cotto Vasallo, a Puerto Rican from the South Bronx played with the idea of getting together one day and sharing their verses in the company of friends.  Months after that conversation and the exchange of several emails, the idea of the open-mic “Poetry Night” materialized.

In an obscure corner in Colonia La Condesa, in Mexico City, Luis, Commander of the American Legion offered a small room for its first meeting.  Jack, the Founding Editor of The Ofi Press Ezine from Mexico City assured that his friends would appear and since that date four years ago, we have met monthly on the 3rd Wednesday of every month. Access to the Legion is free, food and beer are cheap, and the elegant ambiance of a former bordello house is spectacular! 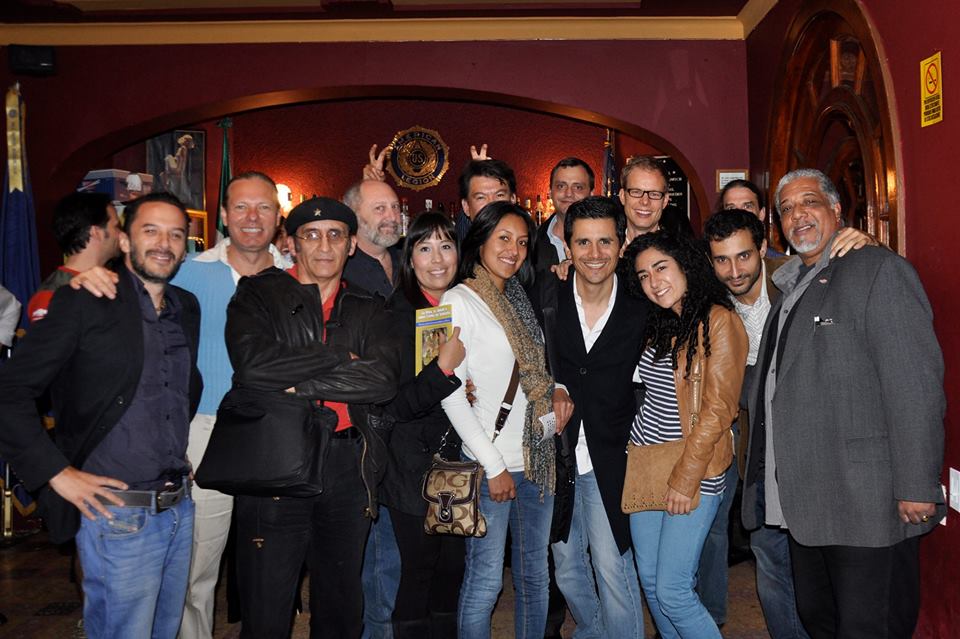 From the onset the small room was filled to capacity, approximately 20 or so souls appeared on that first day.  Various writers mostly poets known to Jack attended and felt right at home from the start. What the other U.S. Veterans of that post initially thought it to be a “wimpy” idea, much later liked the fact that young mature adults injected literature and the like into the caverns of an old war-stories bragging organization.

Attendance fluctuates depending on the time of the season, and the poets come from places like the U.K., Canada, the U.S., Mexico, Chile, Germany and beyond. At times there will be a group of 7 people and on other occasions as much as 20 or more will show up. On evening, we had an attendance of 65!

It’s amazing to hear poetry read in other languages than English, such as Spanish, Catalan, French, Turkish, Arabic, each with its translation, recited and received with such passion. A few diehards have continuously made it on that one-Wednesday of every month.  What most impresses me is that although some must move away, or leave the country, new members immediately replace them.  More importantly is that we remain a quasi-intimate literary family group who listen to each other's creations for approval and at times honest critiques.  Another aspect that excites me is that those who for months have but listen, surprise the lot by asking to also read and be heard.  This intimacy, I believe, is what draws people to visit us and encourage many others to visit our hole-in-the-wall, for lack of a better term.

Well known, and not-so-well-known but interesting just the same, writers have visited our conclave. They ignite just the right amount of jolt to stimulate others who commonly won’t comfortable sharing their emotions on paper in public or private.

We’ve been fortunate to at times to enjoy the visits and participation of: 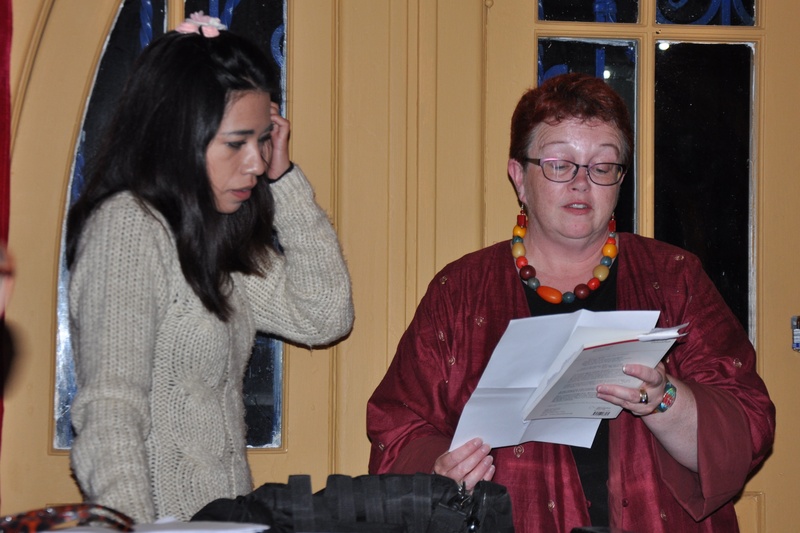 Finally, it’s an honor and more than a pleasure to be part of this little experiment, to share with Jack and all the others our writings. Poetry is such a marvelous expression of the human soul that if behooves us to support it.  Poetry is everyday life, written by everyday people, who if do not write their very souls would yell it out anyway.  We hope that the enthusiasm of a few will spread like wildfire to the other neighboring districts and even encourage others to start their own groups.

Our goal for 2015 is to compile an anthology, contributions from those that want to participate.  To give to friends and family a collection of what transpires on the 3rd Wednesday of every month at the American Legion, in Mexico City.