More
Article: Why all identity begins at home

First Published on the LabourList Blog. Published in issue 30 of The Ofi Press.

“Where are you from?” 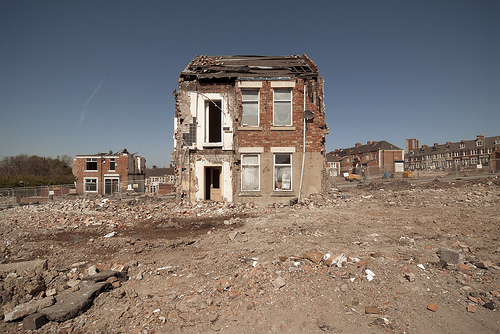 “But where do you really come from?”

“Newcastle, you f***ing idiot, do you want me to sing you the Blaydon Races?”

Well that last comment never actually made it to my lips but it often passed through my head when faced with those for whom my appearance did not shout of the city I grew up in.

Local identity was always important to me, my mother was a champion of Newcastle – our schools, metro, hospitals, town moor and, of course, football team. Whilst English sounded too colonial and posh, and Nigeria was a world away, I always knew I was a Geordie. It was only after I moved to France that I started to call myself English – I could not pretend to be Scottish (the French love the Scots) and was otherwise in danger of being thought American. Besides, I missed streaky bacon, warm bitter and strong tea. There was no getting away from it.

Many of my age may have followed similarly tortuous routes to understanding their Englishness. Identity and nationhood are a difficult subject for the left, as Orwell often observed. The Tories wrap themselves in the Union Jack but we have long had a problem with the Cross of St George.

At the heart of this difficulty, I believe, is our desire for equality, ultimately global equality, and the fear that local, regional or national identity contradicts this.

But truly progressive politics must be mature enough to take pride in diverse identities. I know who my constituents are. In my primary schools the same children can be Arthurian Knights on St Georges Day and speak up for Gandhi during India week. Young Geordies may support Pakistan at cricket, England at football and Murray at tennis – or they may not. Either way, it is not evidence of irrational superstition or cultural fragmentation, but part of a rich heritage of tolerance and diversity.

Regional identity is an important part of this heritage. When Eric Pickles bans all reference to regions, he is seeking to manipulate identity for political purposes. Just as Thatcher said there is no such thing as society, Pickles wants to pretend we only have the nation state to identify with. We are all English. We are all in it together. We are all the same. No. The left must win this intellectual argument. I believe our most valuable possession, and the one which will ultimately ensure the triumph of the progressive agenda, is our belief in each other. It is a pre-requisite of a cohesive society. Often our belief in each other does operate more strongly at the local than the national or international level. And the way to strengthen it is not to attack local identity but to build out from it to the progressive alliance we seek.

As a child I would write my address as 172 Hillsview Avenue, North Kenton, Newcastle, the North, England, Great Britain, Europe, Earth, Solar System, Milky Way, the Universe. It has been a tortuous route, but I may well have known the answer all along.