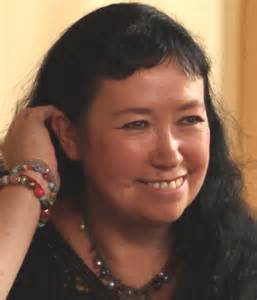 Pascale Petit’s latest collection is What the Water Gave Me: Poems after Frida Kahlo (Seren, 2010), which was shortlisted for the TS Eliot prize, Wales Book of the Year, and was a book of the year in the Observer. She trained at the Royal College of Art and spent the first part of her life as a visual artist before deciding to concentrate on poetry. She has published five collections, two others of which, The Huntress and The Zoo Father, were also shortlisted for the TS Eliot Prize and were books of the year in the Times Literary Supplement and the Independent. In 2004 the Poetry Book Society selected her as one of the Next Generation Poets. Petit is widely travelled, including in Mexico, the Venezuelan Amazon, China and Nepal. She currently tutors for Tate Modern and is the Royal Literary Fund Fellow at the Courtauld Institute of Art.

Interview carried out by email in April 2013 by Jack Little. Published in Issue 29 of The Ofi Press.

1. To what extent does your dual heritage impact upon your work?

At the moment I’m writing my sixth collection of poems My Father’s City, about Paris where I was born. It’s a follow-up to my second collection The Zoo Father, which was also about Paris, though the city didn’t feature much in that book, since in it I transplanted my father and myself to the Amazon rainforest. I think that this transplanting is my natural state as a citizen of nowhere. However, I’ve fallen in love with Paris (though I hated it as a child) and at least in this new book I can pretend that I belong, and try to make it mine. Just as in The Zoo Father I tried to transform my father into a book, I’m trying to transform the alien-to-me Paris into my Paris.

Although I am French, I’ve lived in the UK all my adult life and when I return to France for holidays or research I feel like a tourist. I don’t speak fluent French. So I see my country through the eyes of an outsider. I don’t have British nationality so I don’t belong anywhere. On the Welsh side of my family there’s also some Asian Indian heritage, and Irish, so like many writers in London now, I’m quite a mixture.

2. What is it about Frida Kahlo that makes her work and spirit so enduring in Mexico and around the whole world? In what ways has she been inspiring to you personally in your own life?

I wrote What the Water Gave Me: Poems after Frida Kahlo so I could both escape from myself and be more myself. The whole book attempts to be in Kahlo’s voice and each poem has the title of one of her paintings. I started writing about her accident first – that bus crash she suffered when she was eighteen. A handrail from the bus that crashed into her tram went through her pelvis and exited her vagina. It was a rape of sorts. This felt a safe way to write about that subject, and about illness and injury. What interested me was the combination of that traumatic subject matter and her vibrancy, her joie de vivre. She was inspiring to me because I could write about things I didn’t dare write about as myself, without embarrassment, since I was not disclosing anything personal but telling the story of her life. The important thing was how she turned all that pain into art, that’s what I focused on and try to do myself.

3. You translated several poems from Chinese to English for the Yellow Mountain festival. To what extent do you think that translation is an act of “creation”?

I’ve been to China three times, and worked on five translation projects with Chinese poets. I don’t speak Chinese, so the method of translation was to talk through every line of our poems, word by word, for context, meaning, sound, image, and so on. Although I aimed to be as faithful to the original as the poet explained it, my main aim was to recreate the poem in my imagination. It had to read as a poem that might have been written in English. It is an act of recreation as you suggest.

4. A bilingual collection of your collection, The Zoo Father, was published in Mexico before being distributed all over Latin America. Do you think the content of the book is especially relevant for the Latin audience?

El Padre Zoológico/The Zoo Father was published by Victor Manuel Mendiola’s press El Tucán de Virginia in 2004. I read from it in schools in Mexico City and was told that the theme of a father’s abandonment of his children and sexual abuse of them and his wife was relevant to the experience of a high proportion of the kids in the audience. I hope that’s not true but if it is that they found it helpful hearing how such taboo subjects can be made into art and changed just a little, made manageable and bearable by the imagination.

5. You were a sculptor before you became a poet. What are the similarities and differences in the creative process in forming both poems and sculptures?

I made sculptures from mixed media, glass, resin and fibreglass, incorporating many natural materials and found objects such as stuffed hummingbirds from Victorian times, thorns and insects. I tend to use the same materials in poems, and this is one of the reasons I loved writing about Frida Kahlo so much, because she used thorns and hummingbirds in her paintings, also lots of colour as I did. I write about transparency – glass, ice, which is also similar to the materials I used as a sculptor. In my poems I try to create installations or objects to make the imagery clear and physical. I feel as if I’m still making sculptures, but with words. Poems have a time component though, and I love that I can make them move fast, or slow. In that way they can be more alive than the sculptures I made. They can move through time and across space.

6. Travel has played an important role in your life. To what extent do you think your poetry can be considered as “exploration”?

Writing poems is exploration for me. I will never forget the first time I went to a far country. I was 21 and went to Morocco on my own which was scary. I had no money so I stayed in the medina and got bitten all over by bedbugs, and gnats, so much so that I had a fever. Then I took a bus and went inland. That feeling – on that bus, sitting in the front seat, a bit feverish but not knowing where I was going or what to expect, but being so excited about the adventure and the landscape that unrolled – that’s what writing is like. I never know the end of my poems as I’m writing them, and that means the end is not always good because there’s the risk that it won’t surprise, but it’s worth that not-knowing for the possibility of finding myself somewhere totally unexpected.

7. Do you have any plans for a trip to Mexico City soon? We would be delighted to host you at one of our monthly readings here in Mexico City!

I don’t have any plans unfortunately, but thank you! I wish I did because I’d love to see that exhibition of Frida Kahlo’s clothes in the Casa Azul, and of her bathroom. But if I do I will be sure to let you know, and thanks for your invitation. I have been to Mexico three times and loved it. 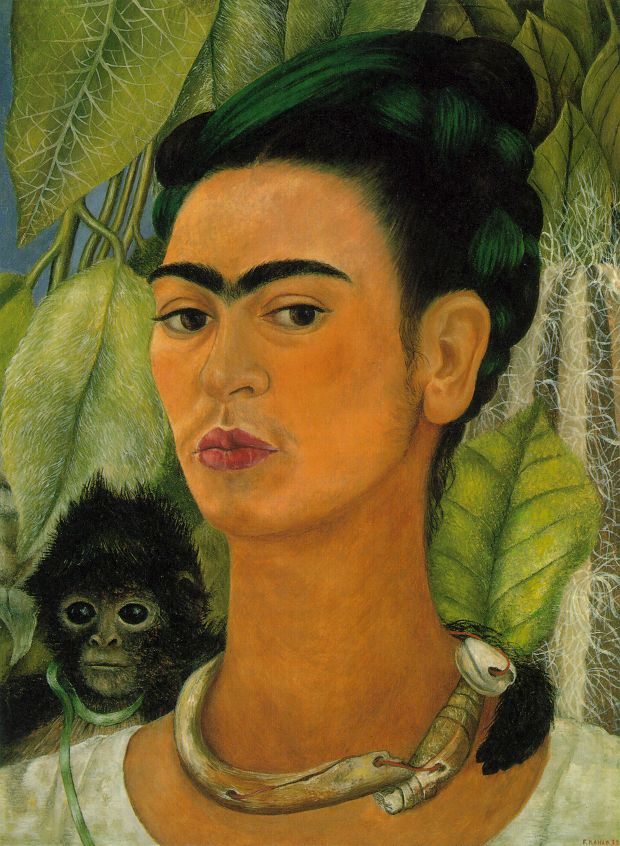 Poems After Frida: a celebration of Frida Kahlo with acclaimed poet Pascale Petit and music from sound artist Michael Hann. Pascale's What The Water Gave Me, written in Frida's voice with astonishing insight, bring to life the work and suffering of this amazing artist.

The event will take place in Darlington's award winning Mexican restaurant, the Voodoo Cafe, on July 6th. We are currently raising funds for the event - if you would like to contribute, please go to http://www.crowdfunder.co.uk/investment/poems-after-frida-1823

Come and celebrate with magical words and images, out of this world sounds and a perfect Margherita.