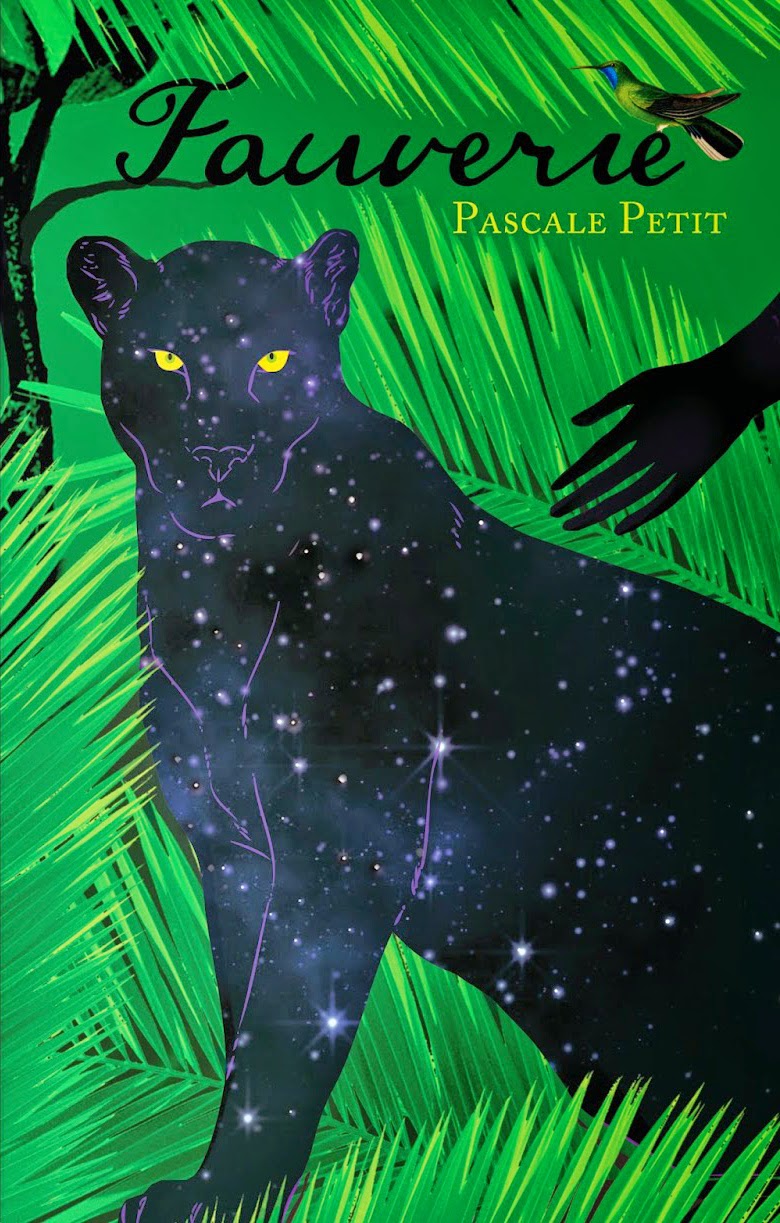 Pascale Petit’s sixth collection, Fauverie, is the already award-winning follow-up to The Zoo Father; in it, childhood trauma is being transformed, the vanished father appears in stories about the Jardin des Plantes zoo in Paris, taking shape of majestic, lovable beasts, endangered species, worth forgiveness and compassion, giving consolation. Choosing this father, the right father is the poet’s voluntary act (in fact, she performs the transformation herself): ”The man with aviary – the one / sparrows follow as he shuffles along, helping him with caresses of their wings. / The one a nightingale serenades /just because he is in pain – that’s / the father I choose, not the man / who thrusts red-hot prongs in their eyes/ so their songs will carry for miles.” (Portrait of my Father as a Bird Fancier)

Paris has an important role in the book. For the poet, it’s not the nightmare place of childhood anymore but a beautiful romantic city. Her father’s city (My Father’s Wardrobe, Notre-Dame Father Speaks, My Father’s City, Emmanuel) – its secrets are his own, therefore hers as well.

They also share meals, father and daughter. Never have I read so much about food (but also about anything related to eating: appetite, swallowing, feeding times, instructions how to feed, even nausea and force-feeding) in a poetry collection.

The daughter (“my younger self”, says the poet) compares herself to a “duckling preparing / for the great migration, her liver / gorged to ten times its weight / so she can survive the flight”; the food makes her remember (Pâté de Foie Gras).

Feeding is mentioned as a form of bonding, that between vultures and humans and also that between the poet and her vanished father (Self-Portrait with King Vultures).

Even the nuances of the relationship between the poet’s parents are shown through a metaphor of a market display, a twitching fish.

The daughter’s heritage is to be explored through flavours: venison, asparagus, petit fours (Fridge).

All senses are food-bound in not-so-delicious but evocative examples of synaesthesia: “The counters smelled of raw light,/ of butchering and fiesta.” (Grenelle Market III); “the smell of half-eaten mice” (Lungs (Father Speaks)); “so as not to suck/ the flame into his mouth” (Sainte-Chapelle).

Identity can be shaped by the consumed territory: “He seems to have sucked / the whole Amazon/ into its being.” (Black Jaguar at Twilight)

The father is eating up a songbird – it’s a reference to Franҫois Mitterrand’s last meal (Ortolan).

The poem Lapin à la Moutarde is full of time shifts and juxtaposition. The daughter is asked at the dinner table to describe what feeding time at the zoo is like. She starts to talk about the snow leopard and his rabbit but suddenly her father announces the news, her mother is dead. Time leaps forward and back, the daughter’s confusion is being solved in the cluelessness of the leopard.

The title of the book, Fauverie evokes the painting method of the Fauves, putting harsh colours on the canvas right from the tube. Pascale Petit’s poems are vivid, strong, rich in surrealist imagery. Trauma is being transformed into beauty, finally the vanished father can be accepted and mourned.