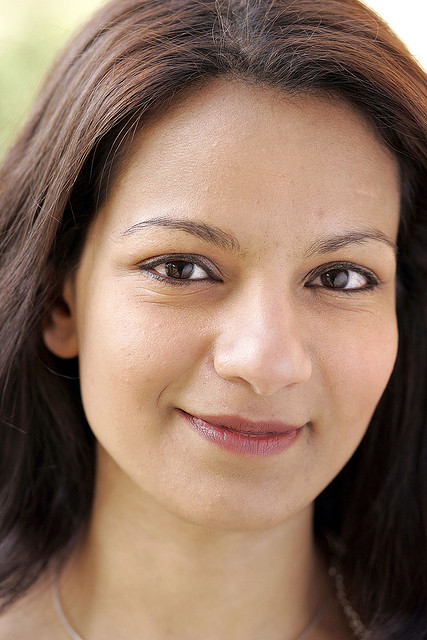 The warm glow of the morning sun cradled my face.  I was in Iraq, once more, watching the sunrise from the car window on the way from Erbil to Baghdad.

One candle flickered in my power-less home. I carved some wax off the edges surrounding the wick. The few trickles left inside the basin’s tap tricked me into thinking that the water was back on. It wasn’t Baghdad, 1991.  It was the year 2011, back in Iraq, once more. This time, I was being evacuated from my home.

More than a year after the whirlwind of events I witnessed in Iraq, my thoughts are still processing what had really happened in the two and a half years I spent there. Passion to reveal the truth overwhelms me. Truth that was muted in a variety of ways, including at gunpoint.

Make no mistake; this is Iraq, where there is no shortage of such conceivable nightmares. Inescapable memories that will continue to press me to write, though only when the time is right. Home, to me, will always be a time, not a place. I find myself living in the storehouse of my most-treasured childhood memories. I unbox them when I need comfort, where tender embraces from my parents are plentiful.

As I write, I try to recapture the distorted memories. An olive-skinned Santa there, a birthday gathering at the university lawns with my students here, a man’s hand firmly gripping his gun at my door step, the long way from Baghdad to Erbil by car, sipping coffee with my friends at the coffee shop, cuneiform inscriptions engraved on King Chalmonezzar’s throne, a limbless old lady begging in the streets, bodies – buried or unburied - and me – leaving unfinished business behind in Iraq.

The image I paint of my journey in Iraq is that of myself sitting on the shores of river Tigris, where fairies dare each other to dip their wings in the river. The reality I saw was that huge dragons overshadowed the river and set the fairies alight with their angry breath. Their tiny wings in flames, they sparkle over the gently flowing waterway and turn into gold dust. The gold dust forms the deserts that people of Arabia live on, that I once called home.

I know that self-deprecating strings of words, abstract paragraphs and soliloquies will do this journey no justice, and turn it into a remote memory. There was something that I was withholding that made me weak, until I realised that it was my very own self. My present is ruthlessly hounding the future that never seems to show up. Whilst the past does not currently exist, it keeps a safe distance from the present.

In the most unlikely of places, it is possible to wander around and find enchantment in Iraq. Not only in the physical form, but also by the accidental discovery of inspiration, talent and perseverance.

There are too many to mention, but I’d like to pay a visit to a few people I met.

Passing by my local greengrocers and the two small children that helped their mother bag the fruit and vegetables. Hopping in the orange-striped taxi with my first regular taxi driver, Haji Sangar and the few Kurdish sentence I learnt from him. Dropping by ITV and having a cup of chai with my dear friend, Safa, before she read the news. The boy who shot me in the foot. The three-year-old girl that came to the car window to beg every morning on the way to work. Let’s throw in the men who posed as guards to Baghdad’s national museum, and Dr. Ahmed, with whom I had the most amazing conversation about archeology with. Students – everywhere. On the university lawns, at the steps leading into the teaching block, in my classroom, and on the mountains on a field trip. Their smiles, and the way their spirits made me feel. Undoubtedly, the olive-skinned Santa Clause is a must on this list. The remarkable support and love shared over a cup of coffee with my girlfriends at our local coffee shop. Meeting Mustafa – the inspiration to my first novel - for the first time, talking about his struggles as a student in Baghdad, and falling short of attending his graduation ceremony. And if I may, I would also like to include a tree. Yes, a palm tree, around about the same age as me, in the centre of my home in Baghdad.

Events and people as if they were purposefully planted in my way. Speaking the truth and practising reason attracted trouble, especially where education was involved. Made to feel like a contrarian rebel who deserves to be punished by all means possible, is exactly what will be awarded to anyone who will stand against their personal agenda. In a place where the enemy of my enemy is my friend, there is no place for integrity – the internalisation of the value that we should be truthful, as straying from the truth is destructive to the individual and the society at large.

Learning about people’s motives played a large part of my stay in Iraq. Iraqis dream of no more than a slightly modified version of the present. A consistent electricity supply, an educational body that teaches, rather than generate enormous funds by inflating students’ headcount, or someone in whom they can entrust their lives. Survival is their first instinct. Once I understood this, I realised that my dreams and actions are too Western for them. I extricated myself from what I most longed to be part of.

I left, feeling that home has become a safe-haven for those that feed from destabilising the country, where the current crisis is no longer a solvable issue, but a steadily worsening condition suitable for those who make use of humanity’s collective unthinking. A satirical reality, not far from being another Gulliver’s Travels.

Before I left, though, I took some wisdom from some of my Iraqi friends that are fighting for Iraq with all their might. We are enriched and humanised not by our achievement and success, but by rising above failure and tragedy.

Zainab is an award winning Iraqi writer with storng links to the North East of England.