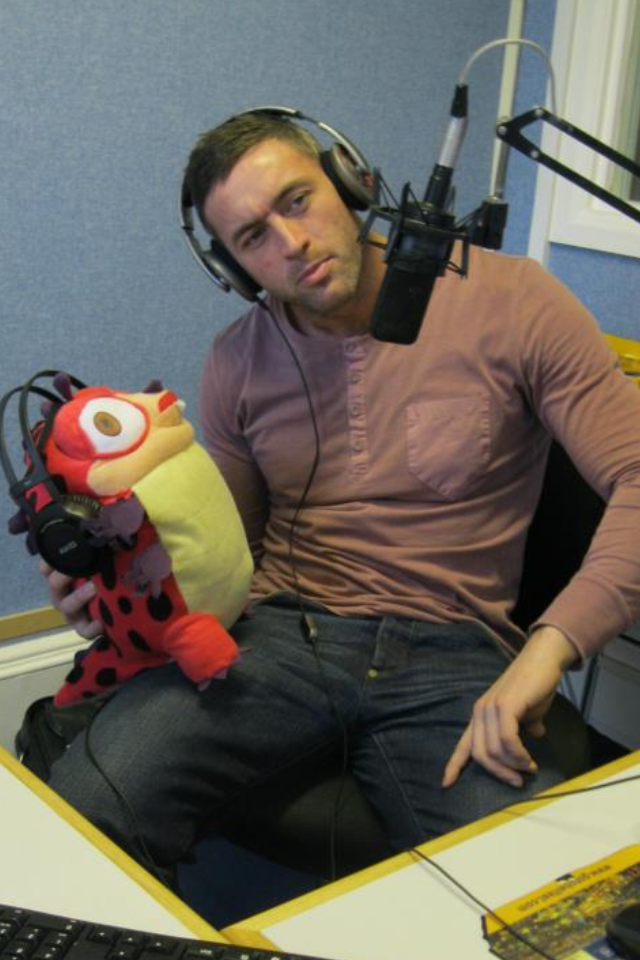 Lee Halpin was 26 when he tragically passed away earlier this year while investigating the rise in homelessness and the repercussions of the "bedroom tax" in the North East.

“Without structure I have been known to descend into the most unfulfilling, self-indulgent, hedonistic pursuits. A man must have a project. That project mustn't be leisure. Procrastination is a form of dying. Proactivity is the best form of living.”

Lee Halpin wrote these words to one of his friends, and to look at this Oscar Wilde-like quote one would make certain assumptions about the source of it. I can say with great certainty that you would be both right and wrong in whatever your assumption. Lee Halpin was a contradiction, and in the words of his father Aidan Halpin (of performance poetry group Poetry Vandals), a ‘social chameleon’. He loved the gym but his running music was Beethoven’s 9th (it helped him get past his 45 minute ‘wall’). He played football but kept Huxley by his bedside. He was a true Geordie lad from a working class area of Newcastle in a long-standing romance with words and creativity.

It is hard to believe that the man who wrote these words died in the midst of one of his projects aged only 26. Lee was filming a documentary on homelessness for Channel 4, and was planning to sleep rough for a week in Newcastle’s West End. He was taking no shortcuts, relying solely on strangers, soup kitchens and a sleeping bag, his aim being to explore fearlessness in journalism and raise huge awareness of homelessness. Tragically, in the early hours of the morning Wednesday 3rd April, two nights in, he died of hypothermia in a derelict building, in -4 degrees.

His positive attitude, passion for everything he was involved in and indeed the ‘proactivity’ he referred to allowed him to make an impact on so many lives, and word of his tragic death at first sent a shock wave through the North East, and devastated friends and family paid tribute to him on Facebook. Katie Thompson wrote he was ‘an inspirational man who wasn't afraid to stand up for a cause. You are a big loss; we need more people like you in the world.’ Carol Lynn wrote ‘So sad. Newcastle has lost a true creative.’

The news has in fact rippled across the world, hitting headlines all over Europe, America and China. When Lee started doing this project, he said to friend Jody Irving who was helping to film ’Stepping Outside’, he wanted 50,000 people to see the documentary. Now, after this talented man’s death, in a mere few weeks over 200,000 have seen his video’d preamble where he, animated and excited, explains what he’s about to do and plans to accomplish.  He tells his viewers "I hope that you perceive this to be a fearless approach to a story. It certainly feels brave from where I'm sat right now."

The Facebook and Twitter accounts ‘Stepping Outside’ have been created by some of Lee’s closest friends who now intend to finish the documentary, interviewing some of the people he came into contact with and hopefully using some of Lee’s original footage. (Read Jody’s interview with Sky News, discussing finishing the film here: http://tyneandwear.sky.com/news/video/62893/lee-halpin-homelessness-documentary-friends-vow-to-finish-film)

We can already see that Lee’s infectious personality had struck again as the staff at the soup kitchen, and homeless people on the street and in the squat had warmed to him straight away.  On visiting the derelict building where he had been found to leave flowers, I met McEwan, the young man who had found Lee. He told me how he had felt protective over him, and had told him of the squat and offered to let him stay with him for the night. When McEwan met him at 1am on Wednesday morning, he said Lee was happy and full of energy, and when they were inside the squat he used his sleeping bag as a pillow and not wearing a coat because he wasn’t cold. In hindsight, McEwan thinks hypothermia must have already kicked in, whereas Lee must have thought he was just growing accustomed to the cold and was so distracted by the project that he didn’t realise what was actually happening. McEwan was devastated, saying ‘I only met him a few days ago but I’ve lost a close friend. I’m praying for him every day.’

Lee’s idea for this documentary came from his interest and concern in the current issues of unemployment, homelessness and  the new rules regarding housing benefits, dubbed ‘the Bedroom Tax’. From April 1st, new rules were brought into place for people on housing benefits regarding how many rooms housing benefits will help pay for.  For those people of working age on benefits, if they have any ‘spare rooms’ in their house they are now expected to pay for them as they are otherwise ‘under occupying’ their house.  The law counts separate rooms for children, or rooms used by disabled and carers, or servicemen home on leave, as ‘spare rooms’. With unemployment figures already hitting a new record and the issues of homelessness more and more apparent, these new rules are going to contribute towards more people missing rent payments, living in poverty and being forced onto the streets. There simply are no smaller places for most of them to move to so their only option will be extreme poverty and homelessness.

His life may have been tragically cut short but he achieved a lot both in discovering himself and helping and allowing others to do the same. Lee’s ardour for writing, North East culture and all things arts led him and close friend Kerry Kitchin to give birth to Novel Magazine. Novel created a platform for North East and international artists and writers to showcase their work in, as Lee said, ‘both an aesthetically pleasing and tangible way’. It is rare in being a high-quality, printed paper magazine, with many illustrations, supplied free through clever use of advertising. As a hugely interactive publication, they welcomed writers and artists to submit their work, share opinions and get as involved as they wanted, and gave over 100 writers and artists new opportunities to have their work published. As Lee wrote in his editorial for the last edition, The New Wave Vanity Issue, Novel had ‘plenty of clout and profile-raising content.’ He goes on to observe that each issue ‘taught me much about myself. It has even led me to make significant changes. I hope something equally powerful happens to you.’ This enthusiasm to learn and develop, and allow others to do the same shone through in the early days of filming ‘Stepping Outside’. Friends working on the documentary with him said they had seen a personal change and growth in him already.

Lee threw himself passionately into every project he was involved in, and was a committed poet. In addition to Novel, he completed a creative writing MA at Newcastle University and presented a weekly Friday night programme ‘The Weekend Starts Here’ on Radio Tyneside, which he also used to promote North East culture, music and various Arts projects, featuring local poets’ and short story writers’ work.  He was also a known name and main contributor in the Save Newcastle Libraries project, being a devoted reader and member of the community.

Lee’s funeral took place on April 15th, the church building and even the cemetery grounds were packed to the gates as hundreds of people of all ages and backgrounds turned up to pay tribute. The service was hugely moving featuring anecdotes and stories about his life, his progress with the documentary, and music from The Beach Boys, Bob Marley and Dire Straits. His father Aidan said his personality ‘filled the room’, and his mother Marilyn read out an email Lee had sent the day before his death, where his dynamic reporting style and personality came out in each sentence he wrote about what he was finding and discovering on the streets. After, people gathered at one of his local haunts, which I and a few of his other close friends had done out with photos of him, copies of Novel and a dedication wall where people could write a message to him, something which I thought would be nice for his family to keep as a memory of all the things he had meant to people. Everyone raised a glass to this talented reporter, described by his family as a ‘writer, footballer, Geordie, beloved son and brother’ and ‘class act’ to name but a few. I think he was the only body building poet I’ll ever have the pleasure of knowing.

I’m angry with Lee Halpin. I’m angry at him for putting himself in harm’s way, and not realising how dangerous the cold could actually be. As always he was so keen to commit to the story, and as the new Bedroom Tax will see a lot of people being forced out of their homes and into these conditions which they aren’t used to coping with, Lee wanted the experience to be as authentic as possible. He unknowingly put himself in fatal danger, thinking he could handle such harsh conditions he wasn’t used to in his commitment to the story, as a true reporter and also his typical stubborn self.

The anger will go away but I don’t know when I’ll stop missing him. I miss seeing his ‘Word of the Day’ posts on Facebook, and I miss wanting to slap him when he used to correct my grammar on a daily basis in his witty cutting way. I miss watching battle raps with him on Youtube and rooting for opposite sides just for argument’s sake, because I don’t think anyone quite liked a heated debate as much as he did. Hopefully Stepping Outside and the amount of press coverage he has received for what he was doing will help me, his family and his other close friends come to terms with what happened; at least what he did has raised a huge amount of awareness.

So Lee Halpin believed that a man must have a project. It gives me some sense of comfort to know that he died in the midst of being very much alive and doing something he loved and believed in.

You can donate to the non profit film project Stepping Outside here: http://steppingoutsidefilm.wordpress.com/