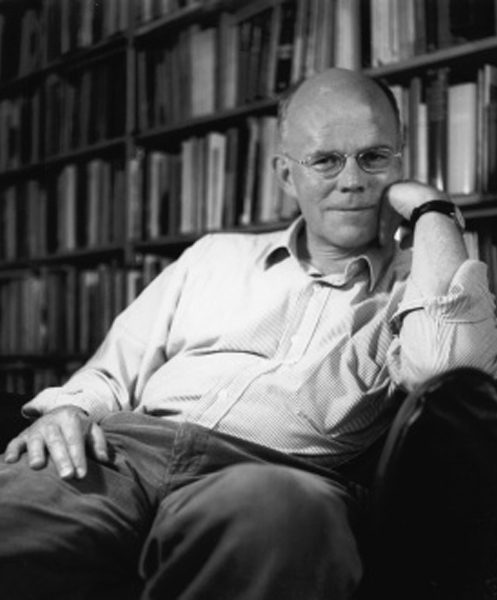 Michael Schmidt (b. 1947, Mexico City) is a central figure in contemporary poetry. He writes poems and, in addition, he is a founder and the editorial director of Carcanet Press, which started publishing pamphlets in 1969 and is now a substantial poetry press; he is also the founder and managing editor of PN Review, established in 1973. He studied at Harvard and Oxford, and has held academic positions at the University of Glasgow, where he is Professor of Poetry, at the University of Manchester, and at Manchester Metropolitan University, where he founded the Writing School. As a critic, his work has embraced the full history of poetry in English from Caedmon to contemporary writers, and he has also written a history of classical Greek and translated Aztec poems. He has edited several anthologies, most notably the Harvill Book of Twentieth Century Poetry in English, and his own Selected Poems 1972-1997 was a Poetry Book Society Special Commendation. He received an OBE for services to poetry and higher education in 2006. (Sources: This text is taken from the Poetry Archive, the photograph from The University of Glasgow Blog).

1.    You were born in Mexico and you have described yourself as an “Anglophone Mexican Publisher”. How do memories of Mexico and your identity as a Mexican impact upon your poetry and sense of self?

Because I am an English publisher, and my main poetic context is English, Mexico is more a part of the hue and shadow than the substance. I have translated Octavio Paz, Aridjis and Orozco, and my first book was a collection of Nahuatl translations. My fiction (the life of the prose imagination) is always set in Mexico, but a place long vanished under asphalt and concrete. My father emigrated to Mexico as a boy of eight in 1898, so the roots are long but uncertain.

2.    Your work has "a strong sense of internationalism and cultural ‘connectedness’". Is nationality something important to you or are there more important factors in the makeup of your identity?

There is a serious problem in England with cultural xenophobia, and my insistence on difference and outsideness is part of a continuing polemic with Britain. Old and Middle English literatures, indeed writing up to the eighteenth and into the nineteenth centuries, are in dialogue with the literatures of Europe. It is part of the long recessional that comes after the superbness of empire fades that makes England defensive and content with its own horizons. A publisher brings news from elsewhere.

3.    Do you write in Spanish as well as English? Do you use the two different languages for different purposes?

I no longer write in English. Octavio Paz told me my Spanish was peasant Spanish and he always had to get an editor to work on my articles to make them acceptable. I guess I picked up the language, before English incidentally, from my nana and the result is I learned her dialect. I still speak it, though not so well now as I did then.

4.    In 1977 you edited and translated a book of Nahuatl poetry entitled Flower and Song: Nahuatl [Aztec] Poetry. Do you speak Nahuatl? How important is it to protect the dying languages of Mexico?

I worked very briefly with Angel Maria Garibay but I never got near to mastering Nahuatl. I worked from his and Leon Portilla’s versions. What I did learn from this work, and from collaborating with Ed Kissam, co-author of the book, was the way in which poetry emerging from a mixed culture like the Nahuatl, with its many ingredients, becomes highly specialised and expressive on different levels, how its symbolisms create significance on consistent levels, so a poem can be read as relating to religious, war-cult, philosophical or other ideologies and make sense in terms of each. Missing, of course, is a manner of addressing the literal world but in a ceremonious society the literal world does not exist. There is no pure imagistic perception.

5.    You are the founder of the UK’s most prominent publishers of poetry. What advice would you give to a young poetry editor just starting out?

Only start when there is something that really needs to be published. A lot of people start up thinking it would be nice to be a publisher. Nice isn’t a sufficient motive. There has to be some fire in the belly and probably a sense of resistance to the forces of the day. If one has this kind of energy and it is accompanied by a modicum of intelligence, and ideally the mission is shared with others equally motivated, then there is a real chance of survival and whatever success is in cultural terms.