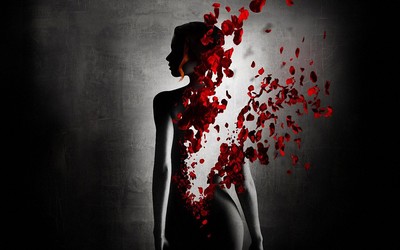 Published in The Ofi Press issue 37.

Sometimes you can go back in time. Traveling into Nashville, Tennessee, was for me like travelling back to the times of my younghood. Younghood in so called communist paradise was built for everyone but used just by few aparatchiks. My friends from Slovakia -- Peter, his wife Sylvia and their lovely daughter Suzie (who is already mixing English and Slovak words when she speaks) -- escaped from it many years ago. I came to visit them to learn how they are doing in the country considered as another kind of paradise.

When I arrived, my friend Peter didn’t give me a chance to relax. He decided to go play tennis, which was our favorite entertainment back home. Even in late November it was still warm in Nashville, and, of course, tennis is my great passion! We played from about 4 P.M. until 7 P.M., starting on a fine warm November afternoon and finished on a dark, chilly November evening. Just like over in Wimbledon stadium, every five minutes a plane flies over, and Peter, in one moment, looked up like a prophet and said: “It is statistical necessity that at some time one of them has to fall exactly on this court.” But the statistics favored us at that time, so we played, played and played... you know these sports fanatics! The next day I wondered if I would be able to get out of bed, even. But after tennis, we’d been in the sauna, so my body didn’t actually protest.

The sauna was in the nice fitness-center that belonged to the apartment complex. It was a one-story building with an outdoor swimming pool and fountain in front. It reminded me that of the communist era in my country, when they also liked to include such things for effect. In our residential quarter, they’d built several fountains, with goldfishes even! It must have looked lovely for the first few weeks. I really don’t know how long the fountains worked for, because as a small boy I never saw them spraying water, which is for what fountains usually are built for. Nevertheless, I thought they were a nice bit of architectural luxury, and of course I loved goldfish. Then, slowly but surely, the goldfish disappeared from fountains. Then the water disappeared, and finally all that was left were the ruins, which were eventually cleared away to be replaced by flowerbeds. So this fitness center reminded me of idealism and dreams of communism, with one exception: this American communism works! Imagine even at that time the goal of communism was to offer all what people needed for free. And look around when you are in America—here you are under a constant stream of offers saying that this particular thing and that particular thing and another thing that is all for free, for free, for free…!

We sat in the sauna, sweating, and recalling our days together in Slovakia. In fact, we talked mostly about a lovely girl that we’d both been involved with. Well, to be honest, I should say that I was the first guy to sleep with her, before we’d even had a date. She’d turned up at a college party, and because I was half-drunk, I didn’t catch the hostile signals she usually broadcast around. When we first started to dance, she seemed to resist, but later she become more and more accommodating, her body become softer and softer, and finally we made love in a dark corner of one of the endless corridors of old University building. This was how I discovered “Chinese Paradise”, as I called it later. She was really hidden paradise, with a teacher’s cool look, officially, though privately she was like Sharon Stone. She had a nice face, a sexy body and countless fantasies about sex. But I was a self-made man at that time, too preoccupied with my own career to appreciate paradise, so I set her a condition: we could only meet once a week, on Friday.

As I think about it now, I realize that I was a terrible guy back then. But she was lovely. When I appeared on those Friday evenings, like a cowboy covered by the dust of all the roads he’d traveled during week, she was waiting in her dressing-gown, naked underneath. What a lovely, firm body (and breasts!) But I was not interested--I was tired after a busy week. So she prepared a bath for me and washed me like a baby. Then she dried me and covered my body with lotion--it was like massage--and I was gradually restored. She would have already prepared a great dinner (usually Chinese style, therefore I called her Chinese Paradise) with wonderful wine called Tokaj (“vinum regnum, rex vinorum” -- wine of kings, king of wines). And then, then, then... I finally started to be worth something, and she offered me her body for a dessert. She used to say “you can do everything with my body”, and I really tried. In the middle of the wild games she used to scream “no, no, no”, but very softly, because this was also a part of the game. Well, to tell the truth, this really was paradise, but I was unable to realize it instantly. And you could not imagine at which time during these evenings I felt really happy--well, it was mostly in that few minutes sitting in the restroom in her student apartment and reading comics. Frankly, I hate comics, but for a while it was something like a symbol of real rest. If it seems to be completely foolish, for more I had a strange idea that I shouldn’t spend the entire night with her. So, each time, after we’d finally exhausted ourselves with all these fine things and were ready to fall asleep, I would get up, no matter how uncomfortable it was, and go into the dark night, headed for home. I did have an explanation for this strange habit. I thought that if I were to sleep beside her, it would be even harder to go home in the morning. I felt that her love would grow even more powerful then, and I would never escape from the trap. Look at me at that time--I was struggling to be the best scientist and the best writer and the best everything you can imagine. I had no time for paradise; I stuck to my working hell. She was curious, of course, about this habit. She had thought about it a lot, and one day she felt that she had found a solution. Staring into my eyes, she said: “Stay with me. Stay with me the whole night. You don’t really have to do anything, not even talk. We can be silent, we don’t need to do anything at all, but... stay with me.” Right then, the alarm bells began ringing in my head, and I escaped—for the last time and forever. It was too much for me. It was like reaching the peak of  the highest hill too soon. And there is nothing behind it! So, before I should become stuck there, I turned back to look for other peaks that can probably never be so high as this one. I went back to claim again…

But, as a good friend I had introduced my Chinese Paradise beforehand to my friend Peter. I did not want her beauty and warm passion to be wasted on some stranger. I thought that maybe Peter would be the happy man who could appreciate this sort of paradise. After I’d withdrawn, they started dating, and it lasted about a year. Peter went even further--he saw her every day he possibly could and introduced her to his family. I was living in another town by then, and from a distance it seemed that they would get married one day. Then Peter escaped. I wasn’t actually all that surprised.

Somehow, I happened to meet her years later again at a campus party. Well, I didn’t talk with her much; in fact, I had something important to do in my lab. I went to the lab and was alone there when she came in. We started to talk, but I was attracted by the slow raise and fall of her breasts and found myself remembering the times we’d been close. So, still talking, I moved closer to her, stripped away her blouse and found her breasts unchanged--as firm, large, and warm as ever.

“Yes, of course”, I answered, “and I remember what we used to do with them back then.”

She smiled gently and said, “I'll let you play with my breasts if you like, but that's all.”

So I did, and she helped me, a different way this time, find Chinese Paradise again. When we were down, she covered her breasts back up and said: “You and Peter, and all you guys, you’re like zebras in a ZOO. It's impossible to understand you. The game’s over.” And she left. Forever.

So, Peter and I were sitting in the sauna, talking about Chinese Paradise. As we were reminiscing, drinking a beer, and laughing out of happiness, our bodies were sweating. It looked as if they were silently crying great salt tears for a love that was never completely fulfilled.

On the way home, driving through evening traffic, Peter asked me what I though about the United States, where he wanted to keep living with his family. I had my answer already prepared. “It seems that this is a paradise, Peter,” I said.

He nodded thoughtfully: “Yes, it seems like that. But this is a paradise where they’re used to shooting.”

I didn't say anything, and we never resumed our talk about different sorts of paradises. Well, talking about that American one, I’d learned my first English words spontaneously when I was a little boy playing cowboys and American Indians. “Hands up!” were the words, and I’m very happy that I never heard them in an actual situation during my stay in the United States. To be honest, I didn't even hear them on television or at the new movies again. Those words just slow down the action. Nowadays, American action heroes shoot first.