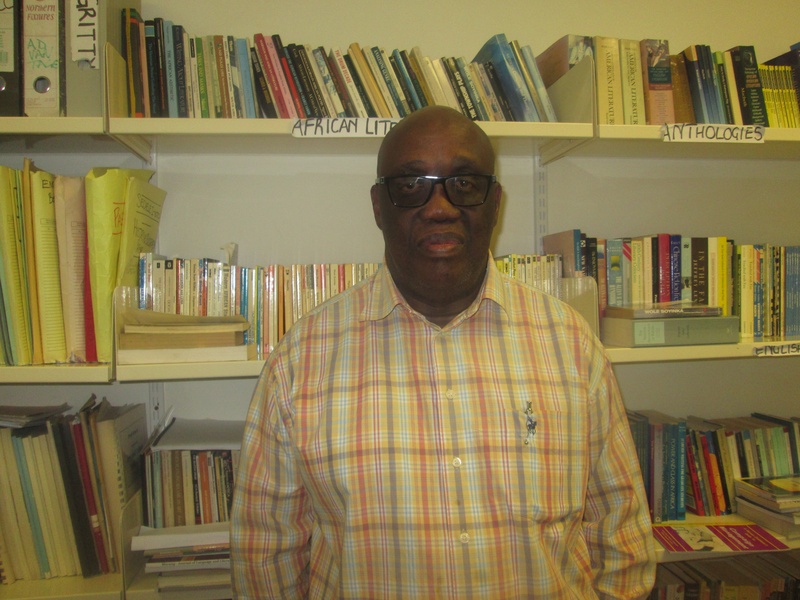 Barolong Seboni was born in Botswana on the 27th of April 1957. He spent his early years in London (1966-1970), and was in the USA from 1984 to 1987, where he studied for his MA in English Literature at the University of Wisconsin, Madison, USA. He was a teacher at the Mater Spei College, Francistown, Botswana (1978-1983). He is currently a Senior Lecturer in the English department at the University of Botswana.

1. What for you is the strongest marker of your identity and how does this impact upon your writing?

The strongest marker of my identity is that I acutely aware of who I am and where I come from, how I got to be where I am as an individual and where I should be going. I am aware that I am a Motswana from Botswana, an Africa in a world that tries to deny its Africanity, tries to repress its Africanness when it should express its Africanization as artists all over the world try to do through fashion, music, art, sports.

The impact that this has had on my writing has been immense. My earlier works were defined and greatly influenced by policies of revolution and struggle that Southern Africa experienced in the 1970s and 1980s when I was starting to write and when I was developing as a poet, producing was termed “protest poetry” or literature of commitment to the struggle for the liberation of Southern Africa. Coming from Botswana, which has always been democratic and multiracial since independence in 1966, I felt duty-bound as a writer to speak against anything that was opposition to these ideals. My writing has also been described by Prof. Cyrena Pondrom as bearing the marks of “African landscape, of African people…(an) African vision of clarity and beauty.

2. The publication of ‘The Disquiet Air of the Kalahar’ in Italian has been described as a 'pioneering step' in the promotion of Botswanan writers around the world. What has been the highlight so far of this project?

One of highlight of my career a s a poet was having my poetry translated into Italian by Marisa Cecchetti. The book “The Disquiet Air of the Kalahari” won a literary award for international literature in Italy in October 2015.

As I write primary in English  I hope  that my poetry would be translated into African languages as well.

3. How has collaborating with writers in other countries of the world impacted upon your work?

Collaboration with other writers in the world makes one see new perspectives and opens one to new cultures and experiences different from your own. I try to share these experiences in my writings. It also makes the world an open book!

4. How important is it that poems are accessible to the average reader?

Poetry is the true mark of a nations’ sensitivity, its truth and honesty, its beauty. But poetry can also expose the horror and ugly underbelly of a nation or humanity. That’s the beauty of it! This is why poets should not be allowed to write for themselves in their little corners of darkness and light. We have been involved in publishing programs where poetry is taken to the schools and public poetry performances. In Botswana and many parts of Africa, poetry is a public affair where the public interacts with poets, where the poetry is present and immediate and the reactions are spontaneous and real.

5. What is the relationship between poetry and justice?

Poetry comes from a place that is spiritual and deep and timeless. It can therefore not be honest. If it’s honest then its truthful, if its truthful then it can only be just. Poetry is just and truthful without calling attention to itself. I’ m here talking about real poetry and not propaganda. Poetry is the art of truth, honesty and justice. That’s why it is eternal, timeless.

6. Where does your poetry fit on the spectrum of the universal to the local?

I use a universal tongue to express local experiences and truths and thereby globalise them. Through my poems I intend to render the local global, and vice-versa.

7. What projects do you have on the horizon? Do you have any plans for a reading here in Mexico?

I’m actively engaged in the promotion and development of Botswana literature through teaching, and publishing and workshopping. I hope that one day I will come to Mexico for a performance of my works.