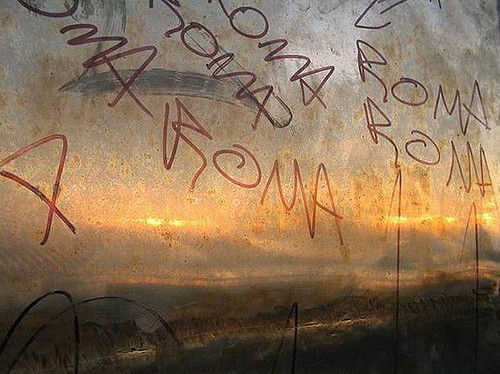 “…a river is a refugee who hides,

in the afternoon stands still,

in the morning heads to the sea,

Odysseus appeared today in front of our doors. Those of us who had heard, those who had seen him abolish the overseas routes, choking inside him the song of the sirens,  their deceptive, ancient eyes, those who had heard him ran with our hearts in our hands. Wrapped in a bowl, in kefalomántila, we offered anything we had. We heard of the lamenting song coming from Damascus reminding us of the old,  favorite Alexandrian states. We bowed to his injuries, signs of debris that will hurt forever; knelt because we know well how far stands each Ithaca, how many of us have been taken by the Cyclops and Laestrygonians, how many of the monsters that surround us today are born by logic, when the heart falls asleep and all signals are lost. Odysseus, rags, a small Christ asking for the star stands in front of our doors, in the centre of our hearts. He lists lost comrades, makes libations of stone and vision, opens our forgotten streets, from Smyrna to Visnegkrant, raises points for future generations, nails us with the poverty of his symbols. A child, a map, a cyclone that manufacture the seasons and the years. In front of that Odysseus who keeps passing through our dreams with ivy and vines, in the quieter hours of our dispersed state, we kneel. To the pilots of the Cyclades who have trusted their lives in the waves we bow, offering all that tenderness, all our generosity. Because once Odysseus passed our doors, prayed in our courtyards.

Apostolos Thivaios was born in Athens in 1980. He works as a bank employee and lives in Athens. He has published books in Greek, poetry as well as fiction and several translations of foreign poets for local magazines. He has also published, in Greek, a first essay on Cuban literature.

Apostolos Thiveos is seeking an authentic, poetic voice and declares himself a student of fantasy.