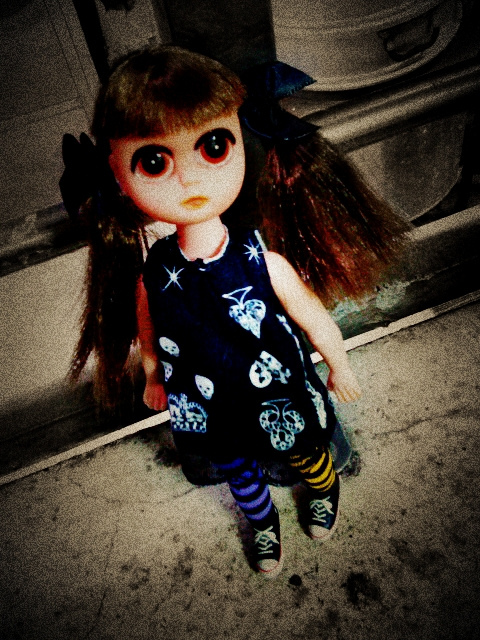 Matt was embarrassed by Caroline’s question. He had forgotten to do it and now she knew. ‘What have you organised?’ she said. Her eyes were laughing.

Barbara talked about her class. It was such an excellent class. She was an excellent teacher. She loved her naughty boys. Matt kicked Anna under the table but she took away her foot. She didn’t know it was a message. He was hard to read sometimes. ‘Have you time?’ she’d say. ‘I don’t know. I might just go home’, was sometimes all she got. Sometimes she could read his codes; sometimes she didn’t need to.

Caroline’s eyes were laughing again. This was her department. Barbara was nothing, a nuisance, merely.

Jennifer had a cup of coffee, slopping it on the desk. Everything she did was sloppy.

Her face was a moon face, not a fat full moon but a crescent one. Sideways on. A witch’s chin. Her skin was pale. Carol’s eyes slid sideways. Jennifer was a spy.

Dawn always wore black. A thin, pale ghost.  At least she was no threat.

They all had their coats on. It was draughty in the room, all blue and white, the new school colours. Icy.

Matt sat between Kathleen and Anna, with Nicola, Jennifer and Dawn facing. Caroline  and Barbara were at the head and foot of the table. The lines were drawn up but no-one was taking sides. Not yet anyway.

They’re nearly all gone now. Kathleen is the mother of boys and keeps house. Nicola has her own department.

Caroline is a deputy head and lives in a huge mausoleum of a house, loving it and hardly remembering the back street terrace she lived in when Anna first knew her, before the hurly-burly and the battles lost and won.

Anna went to Matt’s leaving do, long after she had left herself. It was a strange night. Caroline was buying the drinks but it was Anna who drove Matt there, Anna whose house he stayed at, Anna who loved him.

Anna’s in a new school now; has been there longer than she was in Caroline’s department. There is no ice in her life now. Matt is still hard to read but Anna is getting better at it, or worries less when he is unfathomable. A hug can solve it all. They take refuge in their routines. Already he talks about moving schools again.

Barbara is still there, still looking for admiration and giving most of it to herself. Dawn still dresses all in black, Lady Macbeth, wringing her hands, barren. Jennifer is queen now, head of department, shambolic and lacklustre. Caroline’s eyes would not be laughing. Nothing is the same. Nothing lasts forever.

Angela Topping is a widely published poet with seven full collections and four pamphlets, all with reputable publishers. She occasionally writes short fiction and has had stories published in The Holdfire Review and Horizon Review.

Image: "Susie Sad Eyes" by Yo Yo Long.