Published in The Ofi Press issue 41 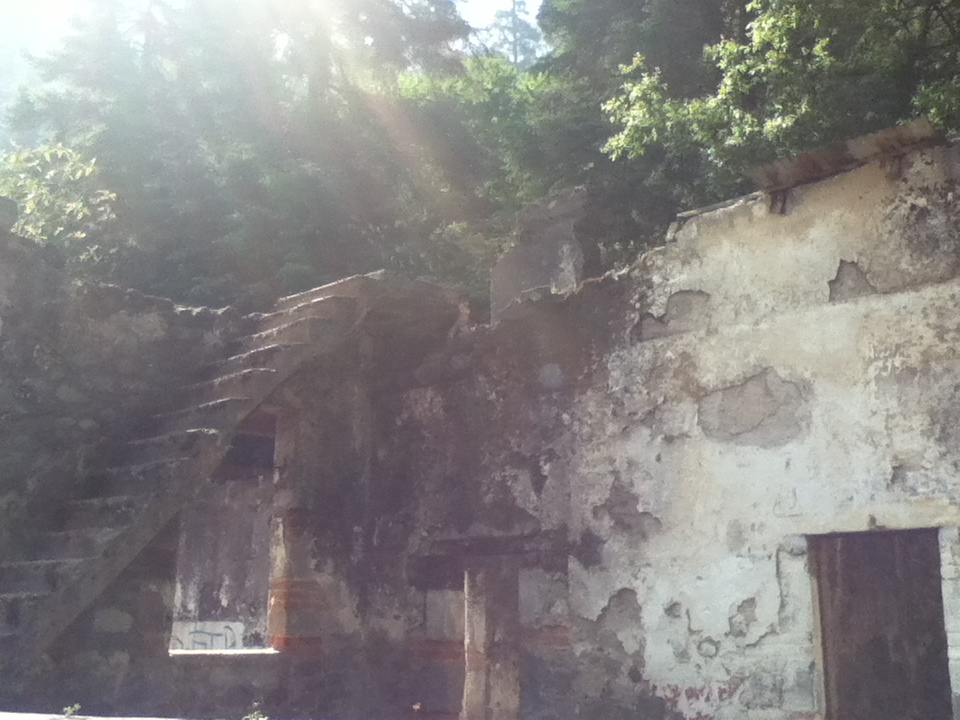 The car crawled into the dirt by the side of the road. Castoria was about an hour away, but he couldn’t hold it anymore. His bladder would explode. He stopped the car and almost ran out of it. He checked both sides of the road and when he was sure that no vehicles were near, he relieved his body from its need.

The cold formed a cloud as his urine hit the frozen ground. He cast his glance on the mountain that stood in front of him like a giant and vaguely saw the signs of an abandoned village, which had been there from the last time a civil war had hurt this nation. The self satisfied lewdness in the discovery of old things cheered him up. He forgot his destination, the pleasure of discovery hummed inside his brain. He got into the car, sighed and said- “let’s go”- to his fellow traveller, that is to say, himself.

The junction in the road had no signpost. He turned to the craggy hill, his eyes full of joy. The drab vegetation hailed him suspiciously as an invader of its solitude. Winter fitted perfectly to this sad landscape. There was no colour on this piece of land, everywhere dark masses repelled the sun as if it was an insect annoying their tranquility.

The noise of the vehicle sent away the residents of the area squawking menacingly. He walked to the ruins leaving the car to rest near a fallen drywall. The atmosphere looked like a scene from a gloomy fairy tale. The fog was begging to dissolve, revealing the ravaged walls that stood like wounded soldiers, doubled in pain; you could almost hear their hoarse voices. Hostility was stamped on those memorials to brotherly hate. He walked among the aching bulks looking for the reason that caused these ruins that resembled his own grandfathers, full of wisdom acquired by unjustly spilled blood. Maybe at this time of the year, winter, they emerged gloomier, but the feeling was the same year round. Sour.

He snooped some more among the burned rafters. You could still smell the soot as he searched in vain for a fire. The only heat was coming from the sun that started playing peek-a-boo with the shadows of the past. He opened a door that still stood apart the demolished house. Everything had a smell of despair and fear and lost hopes. He didn’t touch anything, just walked as an uninvited visitor of a wordless family. He passed the doorstep and turned his eyes to the left. He saw a cast-away dirty cloth. He reached for it, he nudged it with his foot he almost heard the word-“No”- It was the toy of a child left to freeze in the nights. Who knows if that scared little girl would still be alive? Would she look for her doll? Would she narrate the loss of childhood to all of us?

He didn’t have any other thoughts. He retraced his steps. He forgot to close the door behind him, as if he was challenging other people to see what they are afraid to look at…

Harris Vafopoulos is a Greek writer born in Thessaloniki.  He has published two novels and he also writes poems and short stories.