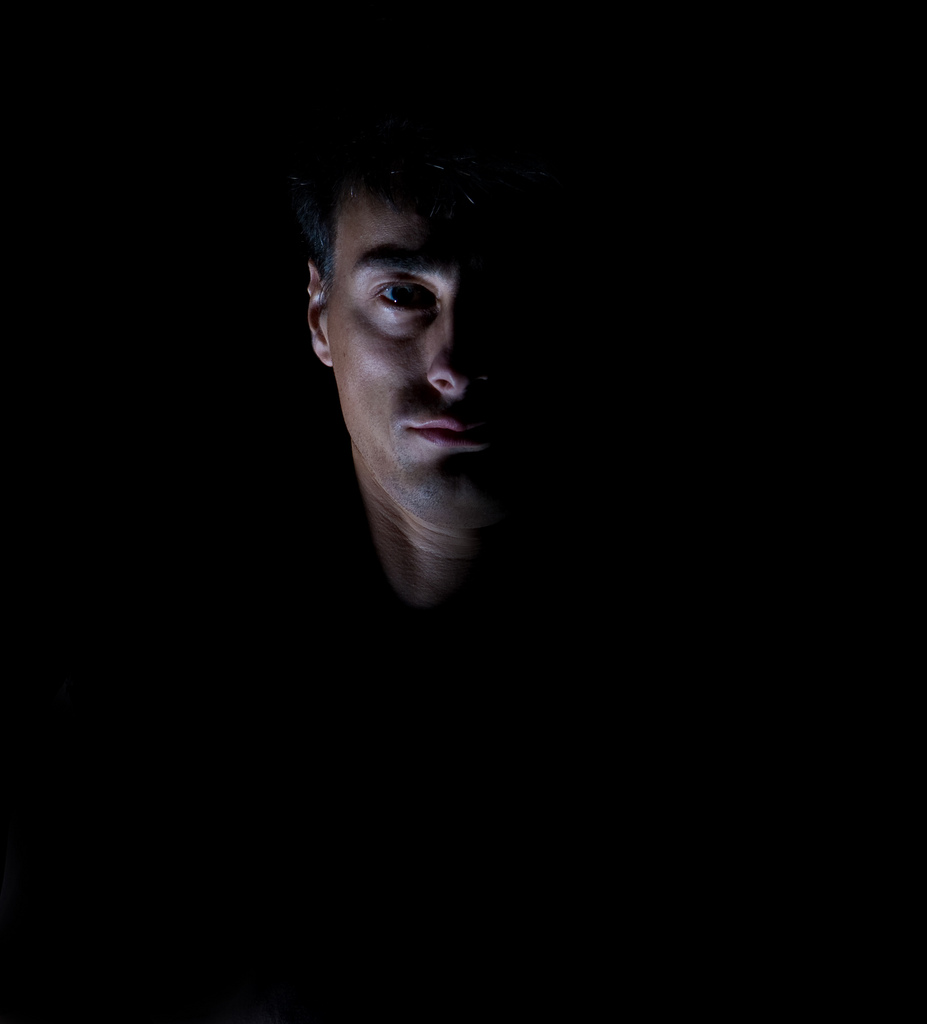 Paul was already tired. It had been another awful day at Work, made worse by the winter, which had waited patiently for him to leave his office before resuming its onslaught from that morning’s commute. Paul trudged along the slushy sidewalk. He checked his phone against his will, only to find a familiar blinking red light - the death knell of smart phone technology. He ignored it, knowing that he would be kicking himself later for doing so considering the hundreds of emails that would surely accrue in his inbox by morning.

Paul flung himself up the stoop to the landing of the six-floor walk-up in which he of course had to live on the sixth floor. He forced the door shut behind him against the wishes of the winter winds. His eyes had teared from the cutting, icy air, yet the feeling of the warm salt water streaming down his cheeks made him wonder if an unexpected sadness had suddenly passed over him. As he wiped his snow-sodden shoes on the mat below, he noticed that he had once again gotten a good portion of the mat stuck under the front door. But the door seemed shut enough, and now that he was inside, there was nothing that could persuade Paul to reopen the portal that he had just closed.

Paul shoved his way through the narrow entry, hardly wide enough for a man of his size, and checked his mailbox only to find the same old junk. Checking his mailbox, unlike checking his inbox, was one of Paul’s favorite activities. Each day brought a false hope that he might receive an incredible letter - nothing in particular, just a magnificent, mysterious something that would instantly make life wonderful or at least halfway decent.            That was not the case today. Paul tossed his junk mail into a well-located trash bin beside the mailboxes. There were heaps of useless paper crammed into the receptacle. Heaps of useless paper reminded Paul of Work.

Work had become an absolute burden. Paul hated walking through the office door, a threshold of peril, preparing to suffer whatever new complaints his Colleagues would throw his way. He felt it was only a matter of time before he would be fired, and yet that glorious day never seemed to come. He wanted to stop thinking about Work, he really did, but it was impossible; it clung to him like a nagging cold. And so all he could look forward to was sitting down in his apartment, closing his eyes, and doing his best not to think at all.

But before he could do just that, there were those six lovely flights of stairs that stood before him. He took a moment to imagine once again how nice it would be to live on the ground level, took a deep breath, and took the first step of his lengthy ascent. He first distracted himself from the daunting task by contemplating what he would eat for dinner that night. He perused his mental refrigerator, which turned up fairly empty, and determined it prescient to order pizza. If there was anything Paul hated more than going up the stairs, it was going back down the stairs knowing that he would later have to go back up them again. Paul had no intention whatsoever of leaving his apartment until the following morning.

Paul took another step, this one a bit more painful than the previous one. Despite a few years of practice, the process had not become any easier; each new trip was as agonizing as the last. Paul had, however, gained the ability to recognize the minor differences between the steps. He could tell which floor he was on by identifying the chipped step, or the one with a crack down the middle, or the slightly off-colored one, and this ended up being a useful skill as he rarely lifted his head while climbing the staircase. His was a joyless journey, so it was best to forge ahead as quickly as possible.

Yet by the time Paul had reached the third floor, he began to feel a strong sensation that perplexed him. Over the last few steps his heartbeat had begun to accelerate, his brow to sweat, his legs to go weak. He felt afraid, or at least his body did, but he didn’t know why. He experienced the very same symptoms as the moment before entering his office, giving a speech, or being swarmed by the mean kids on the playground. He wondered if the ascent had something to do with it. The staircase was often taxing, but this time was different. Paul raised his head, as he almost never did, looking up above him with the expectation that he might see the cause of this surprising discomfort. He saw nothing, but this did little to assuage his suspicions: Paul could not be sure whether these feelings were the result of an arduous climb or an instinctual fear.

Paul labored ahead, trying to avoid confronting these confusing signals. He dreamt of a world in which he returned home to the presence of other human beings - even better, other human beings that he liked. He missed having roommates, but once he turned forty there wasn’t much of an option besides living alone, unless he was to, say, have a girlfriend, or a wife, but that was too much to ask for. Through the haze of this whimsical fantasy encroached the stressful sensations that had crept up on Paul as he crept up the staircase. He continued to swing his head north from time to time, looking unsuccessfully for some indication that more than just the climb was at play here. Something told him that danger lay ahead, but he could not stop; now that he had begun his journey, he had to finish it.

As he waddled from side to side up the steps, Paul continued to vacillate. Had he gotten that much more out-of-shape? Or was his body trying to tell him something? His stomach often hurt on the way to Work and felt suddenly splendid on the way out, but he couldn’t think of any good reason why he would be alarmed at that exact moment on the staircase. Maybe he had just taken the stairs a bit too hard this time.

Paul decided to pause on the fourth floor landing. He caught his breath. He looked out at the wash of white beyond the nearby window. He recalled a time in the second grade when he hyperventilated at school. He could remember sitting at his desk, staring outside at a brewing winter storm. It was “show and tell” day, and Paul hated “show and tell.” He was scheduled to present his special item in the afternoon, but he hadn’t prepared a thing. As soon as the school day started, Paul had trouble breathing and couldn’t pay attention. He was put in the corner for not doing his work. Paul’s breathing got heavier and heavier as the dreaded moment approached. He tried to calm himself, thinking his impending doom was the cause of his anxiety, but to no avail. On his way to the front of the class, Paul started to gasp for air uncontrollably. The next thing he knew he was in the nurse’s office breathing into a ventilator.

Paul’s mother took him to a doctor the following day to see what was the matter. The doctor told them that Paul had a breathing condition, which surprised Paul because he thought he was just afraid of public humiliation. The doctor gave him an inhaler nonetheless and told him to use it whenever he felt an asthma attack coming on. He did end up putting the inhaler to use from time to time, but eventually it just didn’t seem necessary. Of course, after awhile, Paul no longer found himself in a position where he was asked to “show and tell.”

Paul figured that it was time to carry on, so he started back up the staircase. The coast seemed clear - it was just like starting at the bottom, only much closer to the top. Paul was tired but not so tired, and he was nearly at his apartment. Paul’s mind began to drift away again. He would soon be reclining in his favorite chair, relaxing into a quiet nothingness. He would dose and dream and get away from all the terrible memories of that day. Floating off down a river of tranquility. And in the back of his mind, Paul sensed something. A small something at first but a conspicuous something. Something was trying to intrude on Paul’s bliss. Paul wanted to evade it but it was inescapable. There it was, the same sensation from before, ready to resume its torment. Paul tried to concentrate on the steps. The oblong step. The replacement step. He unwisely began to count them. The harder he tried to ignore these feelings, the stronger they became. Soon all the steps became a blur. Paul’s struggle was physical, visceral, palpable. He couldn’t ignore the signs any longer: something was wrong.

Paul examined the path ahead of him with an unwavering gaze. He eyed every corner as he approached the sixth floor. He slipped; he regained his footing. He stumbled; he pulled himself up. The climb beat at him like a sandstorm, but he continued upwards and onwards. The staircase creaked and crackled; the wind whipped and whistled through the windowpanes. Paul’s heartbeat rose with his elevation, each step convincing him further of these ominous forewarnings. He could feel the blood vessels pulsating in his head. His lungs feverishly expanded and contracted. His legs shook. He felt on the verge of collapse.

At last, Paul found himself on the sixth floor, out of breath and in peril. Now that he had arrived, he was as terrified as ever. He came to a halt, his energy exhausted by some combination of fear and physical activity. Paul stared down the hall at the door to his apartment, a place once welcoming, now menacing. He edged forward, his chest heaving, blood pumping, fear rising. He extracted the keys from his pocket. They clanged wildly against each other. He struggled to grasp the proper piece of metal, his mind fogged by his body. He jostled the key in the slot with a trembling hand.

Paul opened the door at the height of his senses, straining his ears and eyes to catch any sign of wrongdoing. He waited for a moment in the darkness. He found the courage to switch on the light. The entry lit up.

He walked inside, peered into the living room. He checked the windows - locked. He swiped behind the curtains - no one there. He opened the desk drawer to check for his grandfather’s watch – it was still ticking. Paul continued on to the kitchen, the bathroom, the bedroom.

And he noticed his heartbeat had begun to return to a normal level. He regained his breathing and cooled down. He wiped the sweat from his forehead, and the engulfing fear that had swallowed him on his upward path had all but disappeared.

Paul was relieved. He set down his briefcase in his bedroom and emptied his pockets before he realized that in his stupor he had forgotten to lock the front door. He walked back into the hallway just as the dark figure entered the apartment.

Russell Yaffe is a multi-disciplinary creator from Brooklyn, New York, who loves telling stories through writing, music, and filmmaking. Russell studied film and Spanish at Northwestern University, and he has lived in Buenos Aires and Madrid. His writing has appeared in The Cadaverine Magazine.

Image: "Half a Brain II" by Per Olesen.